Roger Federer’s career in professional tennis came to an end on Friday as he played his last match at the Laver Cup. The 41-year-old played a doubles match alongside long-time rival Rafael Nadal. however, he did not have a fairytale ending as the duo stumbled to a defeat. After the match, Federer was in tears and was seen getting emotional. Nadal, also could not hold back his tears and the picture of the duo getting emotional in tandem is now going viral.

India batter Virat Kohli also reacted to the viral picture, and he took to Twitter to say: “Who thought rivals can feel like this towards each other. That’s the beauty of sport. This is the most beautiful sporting picture ever for me. When your companions cry for you, you know why you’ve been able to do with your god given talent. Nothing but respect for these 2.”

Australia opening batter David Warner also reacted to the now viral picture of Nadal and Federer. Taking to Instagram, he wrote: “hese two pics sum up what sports about. Loved their rivalry but most importantly the respect for each other.”

In his entire career, Federer enjoyed a great rivalry with Nadal and Djokovic. Against the Spaniard Nadal, he played 40 times where the Swiss tennis player trailed 16-24. Against Djokovic, Federer is trailing 23-27.

However, the matches with both Nadal and Djokovic captured everyone’s imagination and no one can forget the Wimbledon finals Federer played against Nadal and Djokovic in 2008 and 2019 respectively. Both of these were marathon matches, lasting for more than 4 hours.

Apart from eight Wimbledon titles, Federer went on to win five US Open titles, 1 French Open title and 6 Australian Open titles. Over his career, Federer enjoyed a great rivalry with the likes of Nadal and Djokovic. Touted as the ‘Big Three’, these stars dominated the sport like no one else has.

It was in the 2006 season, when Federer tasted the most success as he went on to win 12 singles titles and also had a match record of 92-5. The Swiss tennis maestro managed to reach the finals in an astounding 16 of the 17 tournaments he entered during the season. The Supreme Court approved the permanent commission of women in the army, Said – not giving rights to women shows the bias of the center 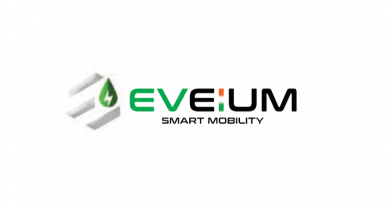