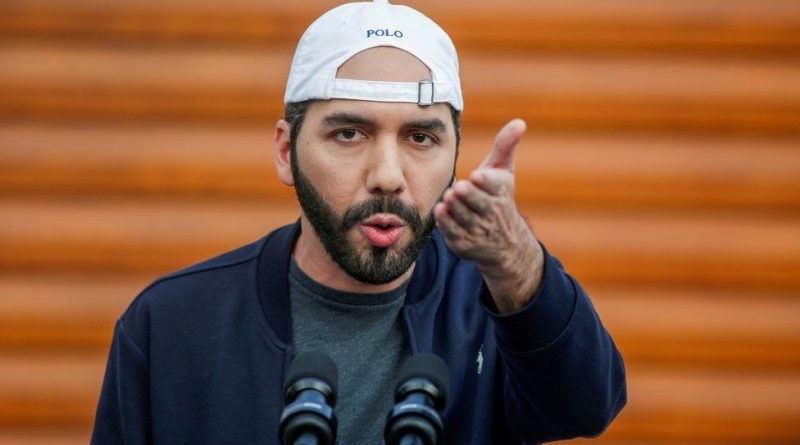 El Salvador’s President Nayib Bukele plans to introduce a bill to make his country the first nation in the world to adopt Bitcoin as legal tender .

Bukele’s intentions came to light this Saturday through a video that appeared at the Bitcoin 2021 conference in Miami. The president of El Salvador said that his country is partnering with the Strike company to build an infrastructure that supports the technology for the use of Bitcoin .

It will be next week when Bukele sends the bill to Congress that he said, “will convert Bitcoin into legal tender.” The New Ideas party, to which Bukele belongs, has control of the country’s Legislative Assembly, so the approval of the project could be very likely.

The new law would allow Bitcoin to be a valid method to comply with any type of financial obligation in El Salvador , including paying taxes. Being a legal tender also means that any creditor would be obliged to accept Bitcoin as a form of payment .

Janet Yellen, the Secretary of the Treasury of the United States, has warned of the risks that the use of cryptocurrency presents for both investors and citizens because it has not yet been established as a payment method and is “extremely inefficient for carry out transactions ”. In addition, both Bitcoin and other cryptocurrencies have been identified as tools that carry a series of illegal activities that are difficult to track.

In the video broadcast on social networks, Jack Mallers, founder of the payment platform Lightning Network Strike, said that the measure would allow the cryptocurrency to be strengthened in daily use that would benefit people, companies and the public sector .

This is not the first effort to guide El Salvador to adopt Bitcoin, since in March the Strike platform launched its mobile payment application and became the number one download in the country.

It is estimated that in El Salvador about 70% of the population does not have a bank account or credit cards and the remittances sent by emigrants, especially from the United States, represent more than 20% of the country’s gross domestic product , however their Shipping can represent the collection of commissions that are mostly higher than 10% and can take days to reach your relatives. U.S. nursing home vaccinations will start this week and healthy people will get shots next year