People in West Bengal are voting in the final phase of elections despite soaring Covid cases.

Long queues were seen outside polling booths, raising concerns about further spread of the virus amidst a deadly second wave.

Experts fear West Bengal could be the next epicentre. Cases rose by 17,000 on Wednesday – a state record.

The country also reported 3,645 deaths from coronavirus – another unwanted record, in this case the highest number of fatalities in a single day since the start of the pandemic.

West Bengal has already seen seven phases of voting. The state is one of the few where Prime Minister Narendra Modi does not have a majority of parliamentary seats.

There has been a lot of criticism that he continued to hold large rallies there even as the virus began overwhelming the country.

What is happening now in India?

Hospitals have been overwhelmed, oxygen is in critically low supply and crematoriums are operating non-stop.

The overall death toll officially surpassed 200,000 on Wednesday, though experts believe the actual number could be much higher.

The government had said that all adults will be eligible for Covid-19 vaccinations from 1 May, with online registration opening from 28 April.

But people on social media complained that they were not able to get slots because the website crashed soon after it opened.

So far, India has been vaccinating health workers, front line workers and adults over the age of 45.

But less than 10% of the population has received an initial jab and there are concerns about meeting demand.

Although India is one of the world’s biggest producers of vaccines, it does not yet have the stocks for the roughly 600 million people who will be eligible from 1 May.

The White House says the United States is redirecting its own order of AstraZeneca manufacturing supplies to India, allowing it to make more than 20 million doses of the vaccine.

Epidemiologist Bhramar Mukherjee says India must combine the immunisation drive with a widespread lockdown to slow the spread of the virus.

Several parts of the country are under lockdown and curfew, including in the capital Delhi.

The government of Maharashtra, which is home to the financial capital Mumbai, is considering extending its lockdown until mid-May.

There is no lockdown or curfew in West Bengal state though. 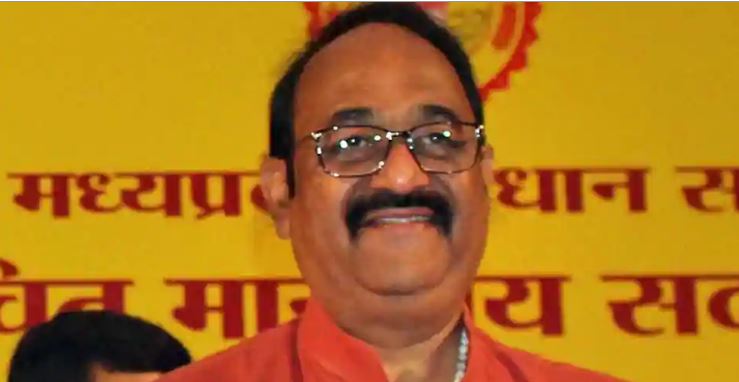 The statement / Bhagwat said – the government should take steps to control the population, RSS will agitate all over the country. 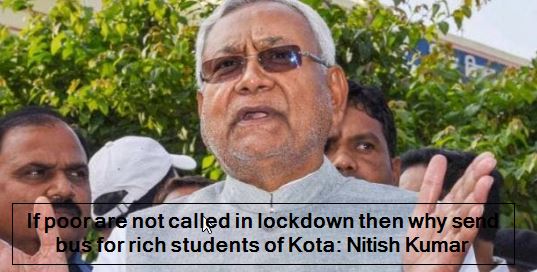 If poor are not called in lockdown then why send bus for rich students of Kota: Nitish Kumar