From former ‘Vanderpump Rules’ star Stassi Schroeder, to ‘Dash Dolls’ Khadijah Haqq, here are all the celebs welcoming little bundles of joy in 2021.

2021 is already proving to be a big year for celebrity babies! Some of the biggest names in entertainment are welcoming new additions to their family, including Oscar-winner Emma Stone and supermodel Karlie Kloss. Some new moms have already revealed the happy news on Instagram, including former Vanderpump Rules star Stassi Schroeder who welcomed her first child on January 7. Scroll through to see all the new and expectant moms of 2021!

Stassi Schroeder, 32, and her boyfriend Beau Clark, 40, are officially a family of three! The couple welcomed their first child, a girl named Hartford Charlie Rose Clark, on January 7. “We truly cannot begin to describe the happiness and joy we are feeling at this moment,” Stassi gushed at the time. “It’s something that you hear from all new parents after birth, but something magical happens. We are feeling so blessed and grateful to have a beautiful, and most importantly, healthy, baby girl.” When their bub was two weeks old, Stassi shared the first photos and videos of their daughter, showing Hartford snoozing in her crib, and later sucking on her pacifier. She also gave fans some insight into her parenthood journey thus far. “Beau & I have spent the last couple of weeks enjoying every moment with our daughter. Every cuddle, every sound, every poop, all of it. It’s her two week birthday and I feel like I’m finally ready to share my little girl.” The couple first revealed the happy pregnancy news back in June 2020, amid a turbulent time for the reality star. Just four days before announcing she was a mom-to be, it was revealed that Stassi and her co-star Kristen Doute were fired from Vanderpump Rules, after Faith Stowers revealed the pair once tried to call the cops on her over a crime she didn’t commit in 2018.

And baby makes six! Teen Mom 2 star Chelsea Houska welcomed her fourth child on January 25 — her third with Cole DeBoer. The couple introduced fans to their baby girl, Walker June in a sweet post, revealing she gave birth to her the same day she welcomed their son, Watson Cole in 2017. How sweet! “She decided she wanted to share a birthday with her big brother, Watson and surprised us by coming last night,” Chelsea wrote. Fans were shocked when the reality TV star first announced that she was expecting her fourth child. “One more DeBoer! Coming early 2021,” she wrote on Instagram in August 2020.

Iyanna “Yaya” Mayweather, the 20-year-old daughter of Floyd Mayweather Jr., gave birth to a baby boy named Kentrell Jr. on January 9! The new mom welcomed her little bundle of joy with rapper boyfriend NBA YoungBoy, and revealed the exciting news by posting an adorable pic of her son’s foot. The news of her pregnancy was first broken by her famous father on the Oct. 30 episode of the Hollywood Unlocked: Uncensored podcast. “I just want the best for my daughter. Always want the best,” he said. “If that makes her happy, then we’re happy.” Of course, fans would recall the happy news comes less than one year after Yaya was previously arrested and charged with aggravated assault with a deadly weapon for allegedly stabbing another woman in YoungBoy’s Houston home. Nevertheless, it seems the couple are looking ahead in 2021 and focusing on their little boy!

One of Khloe Kardashian‘s closest pals Khadijah Haqq became of mom-of-three after welcoming an adorable daughter with her husband Bobby McCray. The 37-year-old who already shares son Christian McCray, 10, and daughter Celine McCray, 6, with her husband of a decade, announced she welcomed the bundle of joy on January 17.  “We love you baby girl, you complete our family!” she captioned a photo of her six family member’s hands. “When 5 becomes 6.” The former Dash Dolls star announced her pregnancy back in August 2020, writing, “I’m pregnant!!! I couldn’t wait to share that my family is growing and we will soon welcome a new baby in our home.”

The late Australian icon Steve Irwin‘s daughter Bindi Irwin will welcome her first child in 2021! Bindi met her husband, Chandler Powell, at the Australia Zoo when they were only teenagers. Flash forward a few years and the pair eventually tied the knot in March of 2020 at the zoo! Bindi has shared plenty of pics throughout her pregnancy, including a recreation of her mom and dad back in 2003, when they were pregnant with her younger brother Robert. We can’t wait for Bindi to be a mom!

Hilary Duff‘s family is growing! The Lizzie McGuire alum will welcome another bundle of joy with her husband Matthew Koma in 2021. Hilary took to social media on October 24 to reveal that she was “growing!” Her post included a video of her doting hubby rubbing her belly, with a caption that read, “We are growing!!! Mostly me.” The Younger actress welcomed her first child, son Luca Cruz Comrie, in March 2012 during her first marriage to NHL player Mike Comrie. The couple divorced in 2016, and by January 2017, Hilary began dating Matthew. We couldn’t be happier for the adorable couple!

Former Destiny’s Child hitmaker Kelly Rowland will welcome baby number two with her husband, Tim Weatherspoon. Kelly first revealed her pregnancy when she appeared as the cover girl for the October 2020 issue of Women’s Health. “We had been talking about it loosely, and then COVID happened, and we were just like….let’s see what happens,” Kelly told the mag. Luckily, it didn’t take long, as she got pregnant “right away”. The couple are already parents to a son named Titan, who celebrated his sixth birthday in November 2020 and is about to become a big brother!

Emma Stone is is set to become a mom in 2021! The Oscar-winner will welcome her first child with her comedian husband Dave McCary, 35, and it was reported by Us Weekly on January 4, that she was very “excited”. A source told the outlet, “She looks great, she looks healthy, she’s glowing. She’s been keeping up with friends and work lately, she’s always staying active and gets her daily exercise in.” Just a few months earlier, the pair  officially tied the knot in September 2020, after postponing their wedding due to the global pandemic. The notoriously private couple got engaged in December 2019, after dating for a few years.

Supermodel Karlie Kloss will welcome her first child with husband Joshua Kushner in 2021! The private couple, who have long kept details of their relationship under wraps, haven’t shared much about her pregnancy journey. In fact, fans first found out that the Victoria’s Secret model was expecting through a report published in October 2020! “Karlie is overjoyed to be expecting her first child in 2021,” a source close to Karlie shared with People. “She will be the most amazing mother.”

This Is Us actress Mandy Moore will welcome her first child in 2021. The actress and singer first announced she and her husband Taylor Goldsmith were going to be parents in September 2020. She took to Instagram to announce the happy news, writing, “Baby Boy Goldsmith coming early 2021.” She shared a series of black and white photos with her 4.3 million followers, with the first snap showing Taylor standing close to Mandy with his hand on her stomach. She has kept fans updated throughout her pregnancy, too, sharing snaps of herself cradling her bump while out and about! 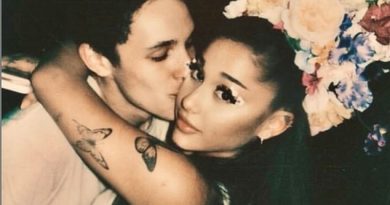