Christie Brinkley has been having the time of her life as she escapes the crush of the coronavirus pandemic in NYC while staying at her home in the Caribbean.

The 66-year-old Sports Illustrated model shared images from her new adventure in a mangrove – tropical vegetation in coastal sea water – on Monday.

The star was in a swimsuit as she was checking out some of the sea fauna with her daughter Sailor’s beau Ben Sosne and her son Jack’s supermodel girlfriend Nina Agdal.

Fun in the Caribbean: Christie Brinkley was seen in a strapless swimsuit on Monday The ride out to the mangrove: Here the SI model is seen with her son Jack Lovely view in the sun: The supermodel was in a mangrove, which is tropical vegetation in coastal sea water

Christie wore a strapless swimsuit with shorts as she shared several images from the day out.

‘Answering the Call of the Wild, we headed off on a Mangrove Adventure !’ said the Cover Girl model.

‘#mangrovestothedoctor lol! As we paddled along the mangrove jungle got thicker and the passages got so narrow our paddles wouldn’t fit! Pals: The star was checking out some of the sea fauna with her daughter Sailor’s beau Ben Sosne and her son Jack’s supermodel girlfriend Nina Agdal One of the locals: She also came across some beautiful long-legged birds. She said, ‘I saw a bird so tall he will only fit in stories’

‘And there were massive spider webs we had to duck under, not always successfully! Lots of laughter and screaming ensued !’ added the Instagram favorite.

‘I almost went overboard escaping a spider that landed by my leg. We saw weird jelly fish, huge Barracudas, and I saw a bird so tall he will only fit in stories.’

And earlier Christie was seen in all red as she rode her bicycle by the shore. A pinup still: And earlier Christie was seen in all red as she rode her bicycle by the shore Shore is pretty: She walked along a beach in the Caribbean where she has been on vacation since the new year

Earlier this month the Vacation actress was seen in a bikini top as she walked along a beach in the Caribbean.

The was joined by her daughter Sailor as well as Sailor’s boyfriend.

The siren showed off abs as she had on a teal colored triangle bikini top.

The Manhattan native, who used to date John Mellencamp, added black shorts that showed off her toned legs.

A straw hat looked to keep the sun out of her eyes as she added a silver watch. The sea life works for her: The swimsuit model was seen in this black suit last week

‘Tide pools, coral reefs, sea life ,coastal Flora facing extinction like the local Thatch Palms here , threatened by rising tides …all things we can help save now by rejoining the Paris Accord,’ said the stunner in her caption.

The Vogue cover girl added, ‘These things are all an integral part of a strong economy as they provide livelihoods from tourism to fishing. Everything’s connected.’

‘I hope a part of our healing as a Nation is healing our planet too. #heartshapedtidepool.’

This comes a week after Christie revealed she got a hip replacement to fix a nagging injury sustained during a helicopter crash back in 1994. Still a pinup: The Vacation actress was seen in a bikini top and shorts while on the beach A good look on a good looking woman: The bikini top was teal and the shorts were black

‘New year, new hip. Yes, that’s a band aid on my hip,’ Brinkley wrote in the post that began with a photo of the legendary supermodel on the side of a boat with a bandage on her hip.

Brinkley went on to reveal that the pain in her hip had been getting worse with each passing year.

Eventually the injury got bad enough that doctors highly recommended she undergo a hip replacement operation.

’12 years ago I was told it needed to be replaced but the surgery was daunting ! And I had things to do!’ the Michigan native told herself, which turned out to be her way of putting off the inevitable. New hip: The mother of three revealed she was told to get hip replacement surgery 12 years ago but had been putting it off due to fear and a busy schedule

But then, like so many others in the past 10-plus months, the COVID-19 pandemic shook up Brinkley’s world and she decided to finally take the time to do ‘something about the pain that had progressively influenced my decisions.’

This past Thanksgiving the mother of three put those thoughts into action and underwent the surgery, which she said gave her enough time to dance in her kitchen on New Year’s Eve.

‘And today I put on my long fins and explored the coral reefs propelled by my new hip!’ she shared along with some photos of her ocean escapades while snorkeling.

It was at this point that Brinkley encouraged her 659,000 fans and followers to take charge with their own health and well-being.

‘I’m writing all this to say If you’ve been putting something off that could improve your well-being but hesitate out of some sort of fear, I suggest learning as much as you can about the process and the results and expectations. I found the best Doctor for my circumstances and voila!’

And in the end, the results of the surgery appear to be better than expected.

‘I can’t tell you how happy I am to have done this,’ she confessed before adding, ‘now I can focus on getting back in shape and rebuilding my strength. Never too old to get hip!’ Breakout star: Brinkley gained worldwide fame with her appearances in the Sports Illustrated Swimsuit Issues, beginning in the late 1970s; she is pictured during a photoshoot in April 1977

The near tragedy helicopter crash happened while she was on a ski trip with five others in Telluride, Colorado.

Amazingly after five hours, they were all were rescued from 12,800 feet up a mountain by another helicopter, according to the Associated Press.

Brinkley gained worldwide fame with her appearances in the Sports Illustrated Swimsuit Issues, beginning in the late 1970s.

Her meteoric rise in the modeling industry would end up leading to a long career that branded her one of the original supermodels. 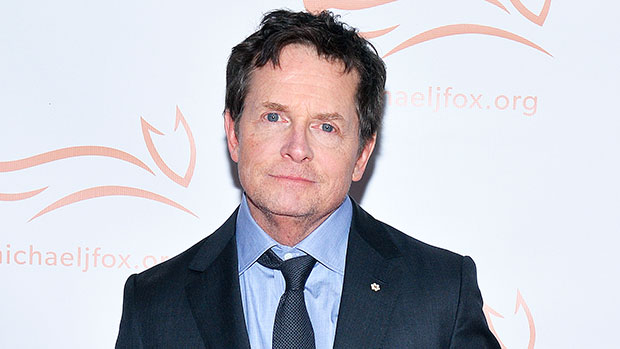 Michael J. Fox Admits His Acting Career Could Be Over After Progression Of His Parkinson’s Disease

Brie Bella, 36, Reveals She Had Her Tubes ‘Cut Out’ & Won’t Have Any More Babies