Khloe Kardashian gave her sister Kendall Jenner an update on her emotional and physical health during the end of her two-week quarantine period in a new bonus scene from ‘Keeping Up with the Kardashians’.

Khloe Kardashian, 36, told Kendall Jenner, 25, she couldn’t wait until her quarantine time was over, as she sat alone in her room during a video phone chat, in a never-before-seen clip from Keeping Up with the Kardashians. The reality star, who was diagnosed with COVID-19 last year, was advised by her doctors to stay away from people for two weeks from the day she started showing symptoms, and called her sister for some support around the end of the period.

“Hey girl, you’re just living your best life over there, huh?” Khloe asked Kendall, who picked up her video call while wearing a bikini and cooking, in the clip. “Kendall, you’re my dream person.”

After the model asked her older sis how she was doing in quarantine, the mother-of-one admitted she was having some struggles. “It’s okay, it definitely wears on you,” she said. “Like I can’t wait till I can like, walk the block and now that it’s like towards the end, like the countdown’s also killing me too.”

She went on to explain that she also can’t wait until she can do things for herself. “As soon as I can leave my room and cook and like fend for myself, like do things for myself. Having to rely on people to bring you food…” she said before the clip cut to Khloe talking about her doctor’s orders and how she knows she’s “mentally strong” during an on-air interview.

In addition to her struggles, Khloe also talked about how grateful she was during the process. “We’re so much more blessed than so many more people, like being able to be sick in my own bed is such a blessing,” she continued telling Kendall. “Like so many things. I’m like, ‘OK, don’t complain, you’re almost out of this.’ I’ve got through this far.”

“Yeah, pray it’ll be over sooner than later ’cause this is just really depressing,” Kendall answered, to which Khloe replied, “It is, right?”

Khloe first revealed she had COVID in the Oct. 29 episode of Keeping Up with the Kardashians. She tested positive for it in March, and the episode showed her and her family’s reactions to the news. “Just found out that I do have corona,” Khloe said while in bed on the show. “I have been in my room. It’s gonna be fine, but it was really bad for a couple days.”

She also talked about her symptoms, which included “vomiting, shaking and hot and cold flashes” along with extreme headaches. “I suffer from migraines, but this was the craziest headache,” she said. “I wouldn’t say it was a migraine. The coughing, my chest would burn when I would cough.”

She made sure to not downplay the virus during her concluding statements but also gave viewers hope. “Let me tell you, that s**t is real. But, we’re all gonna get through this,” she said while assuring fans of the show that “we’re all gonna be ok” if everyone follows the correct protocols, and signed off by saying, “May God bless us all.” 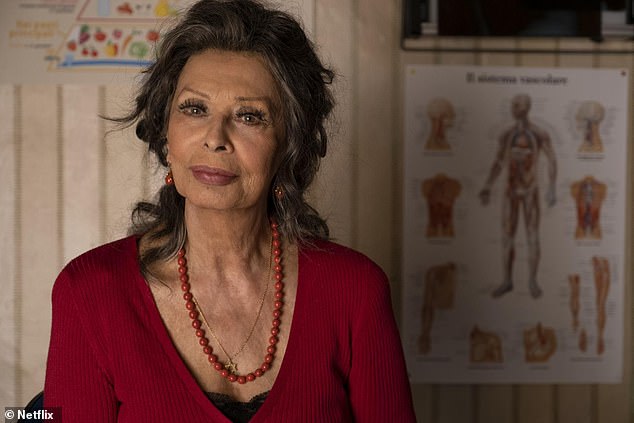