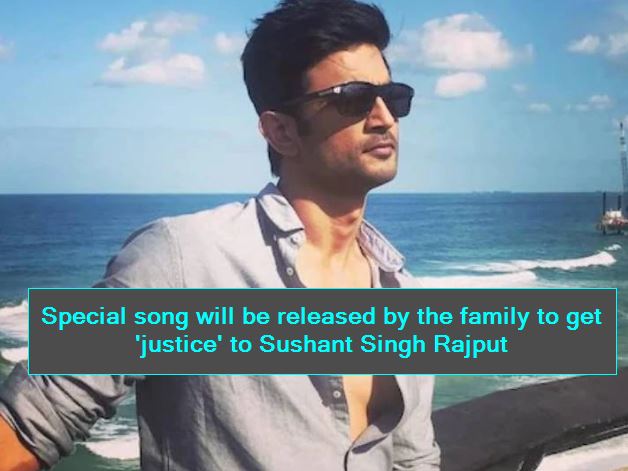 The demand for justice in the Sushant Singh Rajput death case is continuously rising from the country and abroad. Sushant’s family is going to share a video of a song soon with people. This song has been created by bringing justice to Sushant and remembering him.

A few days later i.e. on August 14, Sushant Singh Rajput’s death will complete two months. On this day, a special song will be released by the family, as a tribute to Sushant and demanding justice for him.

. Through which not only Sushant has left the world like this, he has expressed a lot of regret. Rather, it also raises the question whether Sushant will get justice after his death?

This song, made keeping in mind Sushant, has been named ‘Insaf Ye Ek Ek Saal Hai’. Sushant’s family is producing this song by his family friend Nilotpal Mrinal. Talking about the need and feature of this song, Nilotpal told ABP News, “Through this song, not only will the family express a heartfelt tribute to Sushant, but also to give justice to Sushant in a different way. Has gone. All the fans of Sushant also want Sushant to get justice soon. “

Nilotpal told ABP News, “In this song Sushant’s journey, his personality, pictures since his childhood and so far and the pictures of fans seeking for Sushant across the country will also be given consideration. Soon this The video of the song will also be completed and it will be presented to everyone as a tribute from the family. “

Nilotpal told that the lyrics of this song and the manner in which this song has been introduced, have been liked by all the sisters and family members of Sushant. He too is eagerly awaiting the release of this song. “