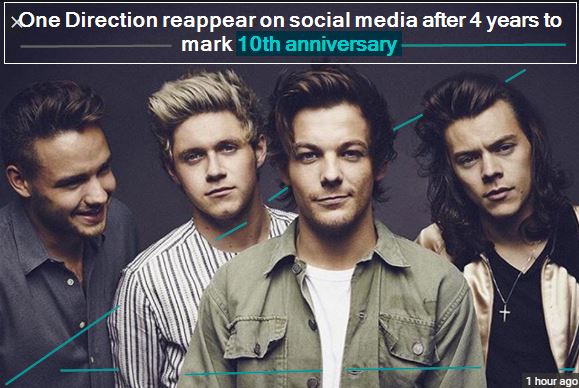 Two years since they last made a Twitter update, the official account of One Direction broke its social media silence on Thursday sending fans abuzz.

The tweet comes a day before the boy group marks the first decade since they were formed after joining the UK version of “The X Factor.”

“Tomorrow! You and me got a whole lot of history #10YearsOf1D,” the post read, hinting that something big is possibly in store for the fans to celebrate the group’s anniversary.

The One Direction account also changed its profile picture showing its members although it is noticeable that Zayn Malik, who left the group in 2015, is still not in the photo.

As of writing, the hashtag #10YearsOfOneDiretion is still the top trending topic on Twitter Philippines.

After Malik left the band, the four remaining members announced in August 2015 that they are going on an extended hiatus. Since then, Styles, Payne, Horan and Tomlinson have gone on to pursue solo careers.

One Direction’s got something cooking for their 10-year anniversary. The band’s Instagram posted on Wednesday for the first time in over four years — and fans can’t handle their excitement.

The post didn’t reveal much, but it was enough to catch fans’ attention. “Tomorrow! You and me got a whole lot of history #10YearsOf1D,” the band captioned a black box, with the words “10 Years of One Direction” written in white inside.

Fans from all over the world could barely contain their anticipation. “I’m alright I’m alright I’M OKAY!” one user wrote. Another commented, “Thank you for 10 years of joy we love u.”

One Direction was planning to reunite to celebrate their big anniversary.

“The members of One Direction are planning on doing something for their 10-year anniversary in July, but haven’t confirmed what that is yet,” the source said of the group, comprising Harry Styles, Niall Horan, Liam Payne, Louis Tomlinson and Zayn Malik. “The guys started talking more frequently recently and have worked on putting a lot of things behind them.”

“With the outbreak of COVID-19, the guys living all over the world and with different management and labels, it’s hard to solidify what their reunion will be, but the guys want to do something for their fans,” the source added.

One Direction was formed by Simon Cowell on X Factor in 2010. Malik left the group in 2015, and the remaining members went their separate ways shortly thereafter. See more on the band in the video below. One killed, 20 injured as police open fire on protesters in Tripura 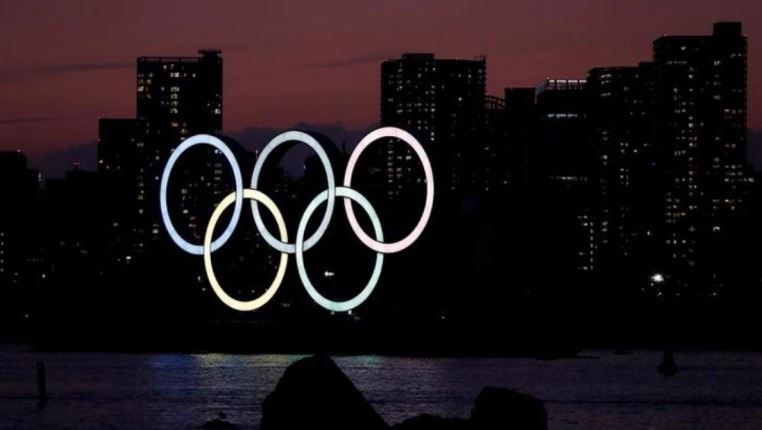