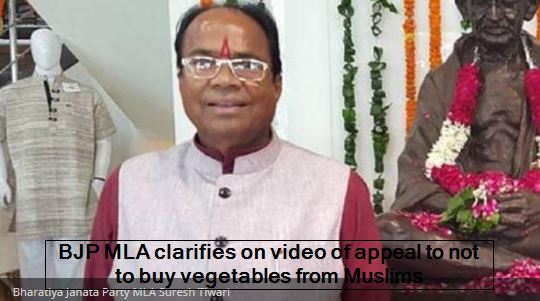 Bharatiya Janata Party MLA Suresh Tiwari, who appealed to Muslim society not to take vegetables, has given clarification on his viral video. He said that Owaisi says abusive words about Hindus, then no one thinks.

Bharatiya Janata Party (BJP) MLA Suresh Tiwari, who appealed to Muslim society not to take vegetables, has given clarification on his viral video. However, his explanation shows that the BJP MLA does not realize his mistake, but said that Owaisi says abusive words about Hindus, then no one thinks.

In his clarification, BJP MLA Suresh Tiwari said that he went to the municipality on April 17-18. There were 10–12 people. He started complaining that Muslim people are spitting vegetables and selling them. After this I said that we will not buy vegetables from them. It is possible that this corona can be avoided.

BJP MLA Suresh Tiwari said, ‘By making my video viral, people are creating a big uproar. Please tell us something wrong. Owaisi calls Hindus so abusive, then no one thinks. If the MLA spoke to his people, why such a big uproar?

Demand of SP- Treason case should be registered

In this case, Samajwadi Party spokesperson Anurag Bhadoria said that BJP MLAs are working to poison the society even at such a time. Such people should be tried for treason and sent to jail.

What is the matter

A video of Bharatiya Janata Party MLA Suresh Tiwari from Barhaj assembly seat in Deoria district is going viral. In the video, BJP MLAs are saying to some people, ‘Keep in mind one thing, you people, I am telling everyone openly, no one will buy vegetables from Mian (Muslim).’

When BJP MLAs are talking about this, at the same time someone from behind tells them that a case has been filed in Delhi. Significantly, in Delhi, a man beaten a Muslim vegetable man. A case was registered against the man after the video of this incident went viral. 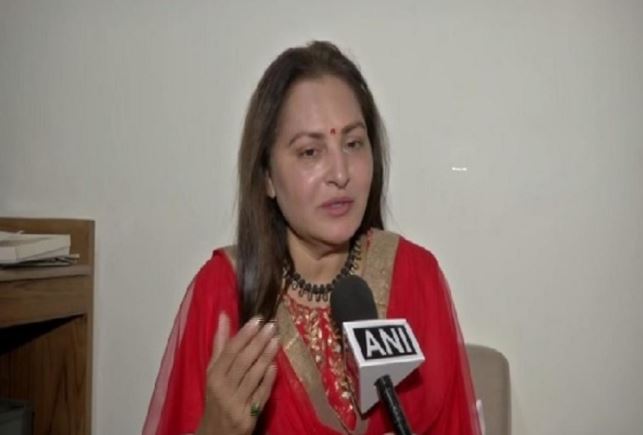 No Internet In Mangaluru, Lucknow After 3 Killed In Citizenship Protests: 10 Points