A thin plot and characters, but gorgeously brought to life, albeit in a unique presentation choice.

Avatar: The Way of Water — now playing in cinemas worldwide — has a gargantuan task on its hands. (And I’m not even talking about the sequel’s need to earn over a billion dollars at the box office to turn a profit.) James Cameron, the returning director, co-writer, co-editor, and co-producer on the second Avatar movie, must prove to audiences that his world of Pandora is worth revisiting thirteen years on. The original Avatar was both a showcase of 3D cinema and otherworldly visuals. One of them is on its last legs, while VFX and scale are seemingly everywhere these days. The spectacle alone — Cameron had little to offer on the story and characters front back then — cannot carry Avatar: The Way of Water. It needs more.

Additionally, the first sequel is an audition for more Avatar sequels — slated to open every alternate December between now and 2028 — one of which has already been filmed, one that has a script in place, and another with a figment of an idea. Cameron doesn’t just need you to be invested today for Avatar: The Way of Water. He has to sell you on the grand plan he’s been cooking for over a decade. But all that is moot if this new chapter doesn’t work. (That’s where the commercial aspects come in more, with Cameron attempting to buy himself cover ahead of release, by noting that he’s prepared to end on the trilogy mark should the new film underperform.)

For better and for worse, Avatar: The Way of Water is crafted along the lines of its predecessor. It’s built structurally like the original, with an initial heavy exposition dump, followed by an immersion into a new culture, leading to a major confrontation between mankind and Pandora’s natives. The finale is better than everything that comes before it. There are even callbacks to the first film, not that anyone will spot them given the massive time gap and Avatar’s lack of re-watchability. And the sequel’s visuals are paramount, with Cameron seemingly pouring more VFX money into certain scenes than the entire budget of Bollywood movies. Avatar: The Way of Water is a fascinating dive into alien waters, with every aspect of the new world shining gloriously.

But Avatar: The Way of Water also shares some of the original’s problems. The story is paper thin, the dialogue clunky and cringe, the background score utterly forgettable, and the character development outright laughable. Cameron paints so broadly with his themes that it makes you wonder if he’s trying to make a global point or if he lacks the skills to be specific. (He’s credited on the screenplay alongside the Rise of the Planet of the Apes duo Rick Jaffa and Amanda Silver. Two other scribes contributed to the story alongside Jaffa, Silver, and Cameron.) On top of all that, the returning Avatar director — known for his fascination with filmmaking technology — has made a choice that threatens to undermine it all.

For reasons I cannot fathom, Cameron has decided to present Avatar: The Way of Water in variable frame rates: standard 24fps, and high-frame-rate 48fps. Most of the dialogue scenes make use of the former, while the action is all rendered in the latter. At times though, the Avatar sequel switches between the two on the fly, in the same scene, in what is both unnecessary and jarring. The best way I’ve found to describe it is a budget computer struggling with a new-age video game, and thereby dropping frames to maintain fidelity. Cameron believes this solves HFR’s pain point, but I’m not convinced.

A decade on from the events of Avatar, Jake Sully (Sam Worthington) and Neytiri (Zoe Saldaña) are raising four children: the eldest Neteyam (Jamie Flatters), second son Lo’ak (Britain Dalton), adopted Kiri (Sigourney Weaver), and youngest Tuk (Trinity Jo-Li Bliss). A fifth, a human boy Spider (Jack Champion), is also part of the posse. But their familial happiness is shattered when the “Sky People” return, and set up a new massive base of operations in record time. With Jake and Co. being a constant pain in the bottom for the humans, commander-in-charge General Ardmore (Edie Falco) raises old villain Colonel Quaritch (Stephen Lang) and his company from the dead, by putting their memories in Avatar bodies.

Realising he and his family have a target on their back, Jake decides they must leave their adopted home of the forest, and seek refuge with the Metkayina, the Reef Clan, out by a group of islands. Everyone and everything associated with Omaticaya, the Forest Clan, is discarded save for Neytiri. It’s a clever reset in some ways as both the protagonists and the audience are thrown into a new world. For nearly 45 minutes or so after the Sullys arrive in the waters, Avatar: The Way of Water becomes a mix of exposition, oceanic wonders, and characters adapting to their new surroundings. It’s the longest second arc of its kind I’ve seen in a blockbuster movie in years — though it’s partly because Cameron doesn’t have a real plot to offer.

Along the way, Avatar: The Way of Water tries to navigate what the sequel wants to be about. Cameron has noted that he wrote the script for the first Avatar back in 1995 when he was barely a father. Having started the second Avatar in 2012, as a father to multiple teenage children, he incorporated more of the family into the story. But intentions do not guarantee results. Cameron’s views on family are traditional and his exploration of it is surface-level. His depiction of teenagers is nothing unique: they rebel, bicker, and get themselves into trouble. Heck, they get kidnapped so often that the film eventually leans into self-referential humor. (That said, the film isn’t all that funny. It’s more interested in wowing you and pushing your emotional buttons.)

Cameron’s attempts at commentary are more successful. With the first film, the Avatar writer-director was making a post 9-11 Iraq and Afghanistan movie in some ways — in addition to being inspired by a thousand other things, from Pocahontas to Princess Mononoke, and from cyberpunk literature to Hindu gods. Avatar: The Way of Water doesn’t build on American interventionism, be it the US’ bungled 20-year occupation of Afghanistan, the failed nation-building efforts in the Bush and Obama years, or the disastrous withdrawal under the Biden administration.

The closest the new Avatar movie comes to making any meaningful commentary is regarding humanity’s attitude toward other life forms. (In Avatar: The Way of Water, Earth is said to be desolate with mankind in need of a new home.) We’ve hunted species after species to near extinction — some have been lost for good — and while conservation efforts have produced results in recent years, scientists are warning that we’re in a sixth mass extinction driven by human activity. And Cameron sketches out our inhuman practices on an IMAX canvas, with a lengthy heart-wrenching scene depicting the killing of a highly-intelligent sea mammal.

Cameron spends so much time with these Pandora creatures that one of them becomes the “hero” in the boisterous — albeit repetitive in parts — third act of Avatar: The Way of Water. It was the first time in a cinema that I heard an audience cheer for a sea creature’s action chops and intelligence on the battlefield. (Take that, Aquaman.) That crowning shot is part of the new Avatar film’s best stretch, as it moves swiftly and seamlessly between surfaces, displaying a fluidity and understanding of choreography that the oceanic climax of Black Panther: Wakanda Forever severely lacked. For portions of that concluding stretch, Cameron’s embrace of technology meets his Terminator 2 heyday, washing over you in ways that are almost enough to make you look past the film’s flaws.

In those moments, the 48fps HFR presentation works in Avatar: The Way of Water’s favour. But though the quality of VFX has come a long way since the days of Avatar — the original hasn’t aged well and watching the movie today, a lot of it feels fake — problems exist. It’s virtually impossible to tell what’s real and what’s fake in Cameron’s environment. The entire film feels like CGI, be it the sky, the water, the creatures, the warships, and even the characters (whose performances rely on motion capture).

Sure, it might technically be a live-action movie, but it’s more akin to The Lion King reboot. Except that was rendered like a (24fps) film. Avatar: The Way of Water is closer to a new-age PS5 game, as I’m only used to seeing such smooth footage in said medium. And that feeling you’re watching 192 minutes of video game cutscenes is accentuated by the constant frame-rate switching and Russell Carpenter’s cinematography (which employs snap zooms). Avatar: The Way of Water is, in some ways then, the world’s biggest and most expensive “video game movie” ever.

And we might be looking at three more like it — all with Jake Sully vs Colonel Quaritch. Oh, Eywa. 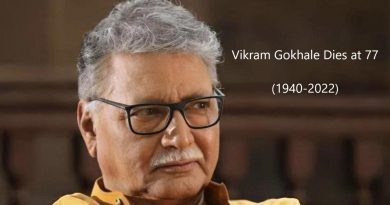 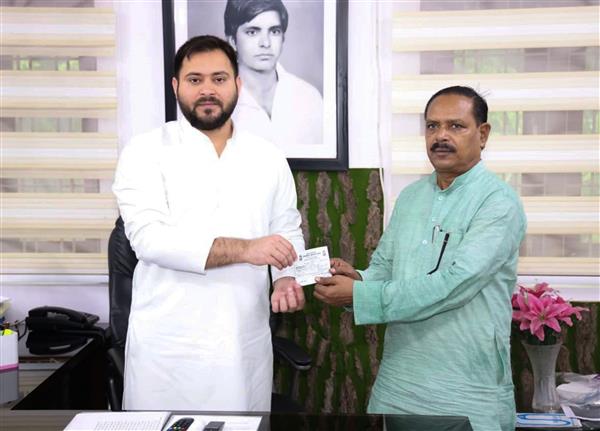 Grand Alliance announces seat-sharing formula with Tejashwi as its leader