A Russian warship that was damaged by an explosion on Wednesday has sunk, Russia’s defense ministry has said.

Moskva, the flagship of Russia’s Black Sea Fleet, was being towed to port when “stormy seas” caused it to sink, according to a ministry message.

The 510-crew missile cruiser was a symbol of Russia’s military power, leading its naval assault on Ukraine.

Kyiv says its missiles hit the warship. Moscow has not reported any attack – it says the vessel sank after a fire.

The blaze caused the explosion of the warship’s ammunition, Russia says, adding that the entire crew were later evacuated to nearby Russian vessels in the Black Sea.

After saying initially the warship was afloat, late on Thursday the Russian defense ministry announced that the Moskva had been lost.

The 12,490-tonne vessel is the biggest Russian warship to be sunk in action since World War Two.

“While being towed… towards the destined port, the vessel lost its balance due to damage sustained in the hull as fire broke out after ammunition exploded. Given the choppy seas, the vessel sank,” the Russian defense ministry said.

Ukrainian military officials said they struck the Moskva with Ukrainian-made Neptune missiles – a weapon designed after Russia’s annexation of Crimea in 2014, and the naval threat to Ukraine in the Black Sea grew.

The ship’s sinking was described by the US as a “big blow”, but American officials were unable to confirm whether Ukrainian Neptune missiles were responsible.

“It’s certainly plausible and possible that [Ukraine] did in fact hit this with a Neptune missile or maybe more,” Pentagon spokesman John Kirby said to CNN.

A senior Ukrainian official said as many as 510 crew could have been on board the Moskva.

On the first day of Russia’s invasion of Ukraine on 24 February, the Moskva gained notoriety after calling on a small garrison of Ukrainian border troops defending Snake Island in the Black Sea to surrender – to which they memorably radioed an expletive-laden message of refusal.

Originally built in the Soviet-era, the Moskva entered service in the early 1980s. The vessel was actually laid down in Ukraine’s southern city of Mykolaiv, which has been heavily bombed by Russia in recent days.

Sinking of Moskva a blow to national pride

This is a significant and humiliating loss for Vladimir Putin, who has repeatedly insisted that his “special military operation” in Ukraine is going according to plan.

Unsurprisingly, perhaps, Russian state media are not dwelling on the loss of the pride of the Black Sea fleet.

Morning TV bulletins limited themselves to briefly reporting the statement issued by the authorities, who claim the ship sank in stormy seas after fire and explosions on board caused significant damage to its hull.

Some newspaper commentators appeared to support that, arguing that the fire extinguishing systems on board the forty-year-old warship were out of date and inefficient but several writers agree that the development won’t change the course of war.

It is however a blow to national pride; the Moskva, once a symbol of Russian might and ambition, now lies at the bottom of the sea.

While one TV talk show host didn’t speculate on Ukraine’s claims that it had struck the ship, a clearly emotional studio guest – film director and ex-MP Vladimir Bortko – said the fate of the Moskva was grounds for war.

“It won’t remove Russia’s naval blockade on Ukraine completely,” he said. “But it’s a powerful symbol that we can employ sophisticated weaponry effectively.”

But Mr Bielieskov, who advises the Ukrainian government on military strategy, did predict that “Russian ships will now be forced to move further from the Ukrainian shore, where they can no longer feel secure.”

The Moskva didn’t itself fire missiles at Ukrainian land targets, but military experts told the BBC that it offered crucial support to other vessels that did.

The remaining vessels in Russia’s Black Sea fleet will now be more vulnerable to aerial attacks – although it’s not clear that Ukraine’s depleted forces have the resources to take advantage of this.

“The Moskva was the only ship in the fleet which had long-range air defences on board,” said Sidharth Kaushal, a sea power expert at the Royal United Services Institute.

“While smaller vessels were conducting bombardments of Ukrainian cities, the Moskva was providing them with wide-area air cover.”

The guided missile cruiser was previously deployed by Moscow in the Syria conflict where it supplied Russian forces in the country with naval protection.

It is the second major vessel Russia has lost since the start of its invasion.

Admiral Lord West, former First Sea Lord and Chief of the Naval Staff, said that as well as being a military blow the vessel’s loss was “very embarrassing”.

“This has a huge impact,” Lord West said, speaking to BBC Radio 4’s PM before confirmation that the Moskva had sunk.

“Putin loves the navy. When he came into power, the first bit of the old Soviet forces that he put effort into was the navy. He’s always had a soft spot for it.” 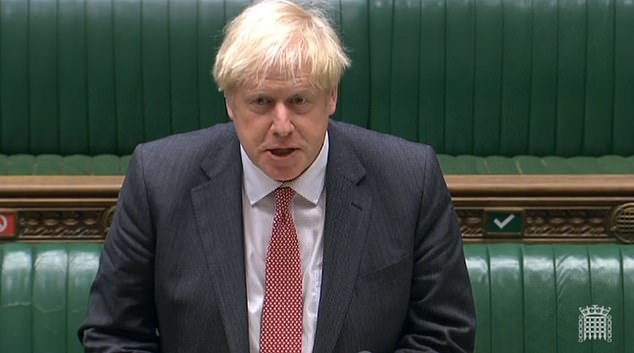 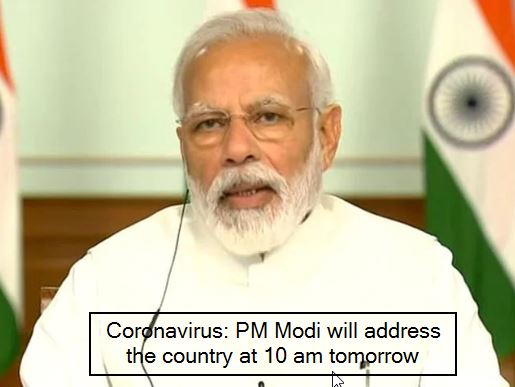 Coronavirus: PM Modi will address the country at 10 am tomorrow, big announcement on lockdown expcted, this could be the strategy