Arvind Kejriwal also disputed the centre’s claimthat his government did not take permission for the implementation of the scheme.

A day after Arvind Kejriwal claimed the central government blocked its plans to launch doorstep delivery of rations, the Delhi Chief Minister today accused the centre of taking the step under the “influence” of the ration mafia, which he said has ensured that the “pro-poor and revolutionary scheme” does not get implemented in the national capital.

“Just two days before ‘Doorstep Delivery of Ration’ scheme’s implementation in Delhi, the central government stopped it. If pizza, burgers, smartphones and clothes can be delivered at home, then why can’t ration be delivered at their doorstep?” Mr Kejriwal asked.

“For the first time, a government had taken a step to check on ration mafia. See how powerful they (ration mafia) are, they got the scheme cancelled just a week ahead of its implementation,” he said.

Addressing a digital press conference, Mr Kejriwal also disputed the centre’s claim that his government did not take permission for the implementation of the scheme. “The Delhi government did not require the centre’s approval for the implementation of the scheme, but it sought permission five times to avoid any dispute,” he said.

He alleged that the centre was fighting with everyone, including West Bengal Chief Minister Mamata Banerjee, Maharashtra, Delhi and Jharkhand governments, farmers and the people of Lakhsadweep.

“People are distressed that the central government is fighting everyone. If we fight like this, how will we tackle COVID-19. Let me implement the scheme, I will give full credit to you (Prime Minister Narendra Modi). Ration does not belong to AAP nor the BJP. People want to read that Modiji and Kejriwal helped deliver ration to poor. With folded hands, I on behalf of 70 lakh poor people in Delhi request you to let us implement the scheme,” Mr Kejriwal said.

The implementation of the ration scheme is the latest episode of the tussle between the two sides that share responsibilities in the national capital.

The Delhi government on Saturday had claimed the doorstep delivery of ration scheme was rejected by the Lt governor saying the centre’s approval was not sought and that a litigation was pending in the high court regarding it.

The Delhi government had cleared the proposal to allow home delivery of rations to all cardholders of the capital last year in July to implement one of the major promises made by the Aam Aadmi Party in the run-up to the assembly polls held in February.

The scheme called ‘Mukhya Mantri Ghar Ghar Ration Yojana’ would let the beneficiaries under the National Food Security Act (NFSA), 2013 get the rations delivered home, making visits to the shops optional and eliminate corruption, the Delhi government had said.

The Delhi government had initially planned to roll out the scheme in March. 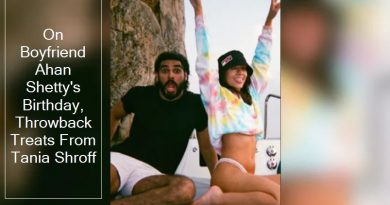