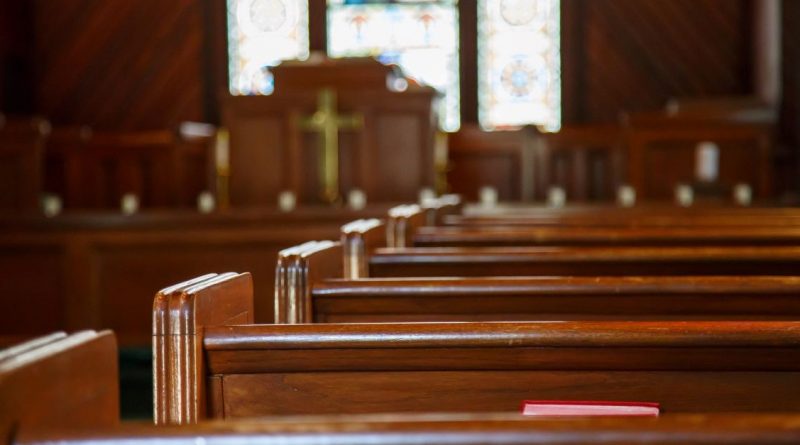 Since before the beginning of time there has seemingly been this search for accolades and the applause of others. This began with Lucifer when – as the old folks used to say – he started “smelling himself” and he wanted to remove God from his throne and take his place. That did not end well for him.

This same spirit has dwelt in the earth and in the hearts of men for a very long time, which makes sense since Satan is the god of this world. Shockingly there is also a spirit of idolatry that has crept into the church, and it exists in the pew and in the pulpit. As much as you want to believe this is a 21st century problem, it existed in the early church too.

The question I want you to think about is why the pew and the pulpit are guilty of idolatry?

Two Instances of Idolatry in the New Testament

When you think of idolatry, we often think of worshipping idols. However, idolatry can also be when you exalt people to places they do not belong or when you place your loyalty to the person ahead of loyalty to God. Here are two instances of this from the New Testament.

1. Exalting people to a place they do not belong

This incident took place in Acts 14 with Paul and Barnabas.

“In Lystra there was a man who had something wrong with his feet. He had been born crippled and had never walked. He was sitting and listening to Paul speak. Paul looked straight at him and saw that the man believed God could heal him. So Paul shouted, ‘Stand up on your feet!’ The man jumped up and began walking around.

When the people saw what Paul did, they shouted in their own Lycaonian language. They said, ‘The gods have come down to us in the form of humans!’ The people began to call Barnabas ‘Zeus,’ and they called Paul ‘Hermes,’ because he was the main speaker. The temple of Zeus was near the city. The priest of this temple brought some bulls and flowers to the city gates. The priest and the people wanted to offer a sacrifice to Paul and Barnabas” (Acts 14:8-13).

In this instance, the people recognized the gifting in Paul, because of his ability to speak and the fact that God used him to heal this crippled man. They elevated and exalted Paul and Barnabas to a place they did not belong. They went so far as to think they were gods.

Is it possible that in the church today we are elevating people to places they do not belong because of a gift they display? Maybe they are a great speaker or have some other dynamic gift, and because God uses them in this gift, the people in the pew elevate that person in the pulpit to a level they do not deserve. If we do this it is idolatry.

2. Loyalty to the person above loyalty to God

There was another incident that occurred within the Corinthian church. Let’s take a look.

“When one of you says, ‘I am a follower of Paul,’ and another says, ‘I follow Apollos,’ aren’t you acting just like people of the world? After all, who is Apollos? Who is Paul? We are only God’s servants through whom you believed the Good News. Each of us did the work the Lord gave us” (1 Corinthians 3:4-5).

Within this church in Corinth the people were aligning themselves with who they followed. Their allegiance was so intense that it led to jealousy and quarreling in the church. Can you imagine fighting and arguing because of who you follow? It’s like saying my pastor is better than your pastor or my church is better than your church.

The Pulpit’s Responsibility in This

As I mentioned earlier, there is a tendency – especially when someone has a gift or an anointing to do something well – to elevate that person. If you are in the position of the person who is being elevated or being put on a pedestal, how should you respond? When we go back to our two examples from the Bible, we will see what the proper response should be.

“But when the apostles Barnabas and Paul heard of this, they tore their clothes and rushed out into the crowd, shouting: ‘Friends, why are you doing this? We too are only human, like you’” (Acts 14:14-15).

“So don’t boast about following a particular human leader. For everything belongs to you” (1 Corinthians 3:21).

Whenever someone attempts to elevate you and put you on a pedestal the proper response is to take yourself off the pedestal. This is exactly what Paul did. He never made himself the focal point of the ministry, he made Jesus the focal point and rightfully so.

I have heard the term used in the media of a “celebrity pastor” or “gospel superstar” and I cringe when I hear this because this is right on the doorstep of idolatry. If a leader does not take themselves off that pedestal when people lift them up, then they are guilty of encouraging idolatry.

Here is a lesson I learned from my former pastor many years ago. He used to say this from the pulpit in front of the congregation: “I can’t save you. I cannot transform you. Only Jesus can do that. My job is to connect you to him. If you walk out of church talking more about me than about Jesus, then I have failed.”

By saying this he recognized the pedestal people would try to put him on and he took himself off it. One thing to be mindful of – as a leader, pastor, minister or whatever the position is you hold, you cannot prevent someone from elevating you in their eyes. If you go back to the story in Acts, Paul and Barnabas, though they tore their clothes and pleaded with the people, they could not stop them.

“Even with these words, they had difficulty keeping the crowd from sacrificing to them” (Acts 14:18).

When they attempt to do this, you must remove yourself, even if they want to keep you there it is a place that you cannot stay.

It is so important to recognize that every person who is a Christian is simply a sinner who has been saved by grace. There are no superstars in the body of Christ.

The real blame here, if there is any, is to those who get elevated and do nothing about it. Part of the reason is because they like the adulation that comes with the elevation, and this too is shaky ground. Whether you are in the pulpit or in the pew there is only one name that should lifted above all other names and that name is the name of Jesus. When it is all said and done, he is the one who will remain standing at the end.

“Therefore God exalted him to the highest place and gave him the name that is above every name, that at the name of Jesus every knee should bow, in heaven and on earth and under the earth, and every tongue acknowledge that Jesus Christ is Lord, to the glory of God the Father” (Philippians 2:9-11).

At the beginning and end of the day, this is where your worship should be and nowhere else.

More from this author
3 Proven Marks of a Healthy Church
Is the Gospel Offensive, or Are You?
What You Have Is Enough

Clarence L. Haynes Jr. is a speaker, Bible teacher, author and co-founder of The Bible Study Club. He has spent more than 30 years serving the body of Christ in various capacities and has just released his first book, The Pursuit of Purpose. If you have ever struggled trying to find God’s will, this book will help you discover the different ways God leads you into his perfect will. To learn more about his ministry please visit clarencehaynes.com. Top 15 Articles on Christianity and faith in 2021