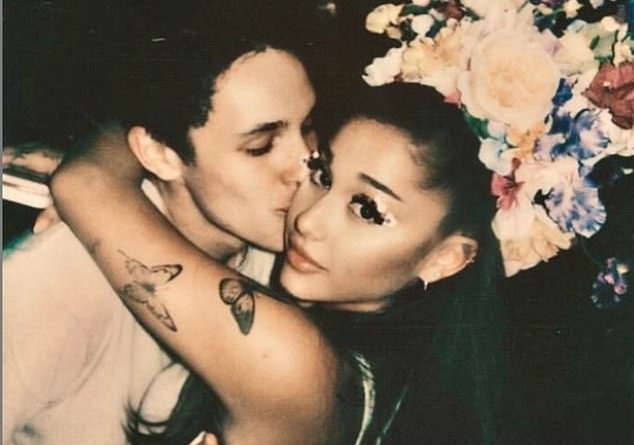 The 27-year-old singer is said to have tied the knot with Gomez, 25, over the weekend near her home in Montecito, California.

‘They got married,’ a rep for the singer confirmed to PEOPLE. ‘It was tiny and intimate – less than 20 people. The room was so happy and full of love. The couple and both families couldn’t be happier.’

Despite the scaled-down celebrations, Ariana and Dalton – a real estate agent – are said to have exchanged the traditional ‘I dos,’ TMZ also reports.

A source close to the Grammy winner confirmed to the outlet that the secret ceremony took place near her California home where the likes of Oprah Winfrey, Ellen DeGeneres, and Prince Harry and Meghan Markle all live.

Ariana is said to have bought Ellen’s former home, a unique 5,500-square-foot Tudor-style mansion which she paid $6.75 million for last August. 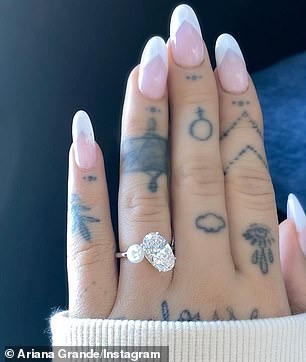 The source also claimed that the ceremony was ‘really just for them’ but it is unclear if it was an impulsive decision, or whether they had planned the big day.

The couple got engaged just before Christmas, and have been sharing their love for another on social media.

They only started dating back in January 2020, and then spent most of the pandemic together under lockdown.

It was then revealed that they were engaged in December, when Ariana posted a picture of her diamond sparkler along with a caption that read: ‘Forever n then some.’

Just last month, Ariana shared a trio of snaps of the pair, with the gushing caption: ‘!!! my heart my person !!! thank u so much for being u.’ Kiss: Grande and Dalton are said to have had only a few guests at the small-scale ceremony, where the couple exchanged the traditional ‘I dos’ Getting closer amid the pandemic: Ariana and Dalton are said to have been living at her Los Angeles home throughout most of lockdown Moving fast: The couple were engaged by Christmas after going public in January that year

The couple are yet to attend an official event together, which has largely been down to the fact that the pandemic has put a lid on showbiz parties for the past year.

However, sources have claimed that the couple like to be private, as Dalton works as a real estate agent and is not in the entertainment world like some of her previous boyfriends.

They’re said to have started quarantining in New York City, before decamping to Los Angeles where Dalton needed to move for his work.

Meanwhile, the high-pitched singer is no stranger to whirlwind romances.

Ariana previously dated rapper Big Sean in 2014, dancer Ricky Alvarez in 2015, as well as the late rapper Mac Miller, real name Malcolm James McCormick, who she was with for two years. Big dress? It is unclear if Ariana wore a traditional bridal outfit for the small-scale event, which was attended by less than 20 people (Pictured at the Grammy Awards last January Intimate: The couple have been living together at her Montecito home, which she is rumored to have purchased from Ellen DeGeneres

Miller tragically passed away in September 2018 after a drug overdose at the age of 26, and the singer has mentioned missing the rapper in her music.

She then embarked on a wild relationship with SNL star Pete Davidson, after first spending time together in 2018, and told her tour manager that she was ‘going to marry that man.’

The pair got engaged just weeks after getting together, and Ariana released a track titled ‘pete davidson’ on her album Sweetner. 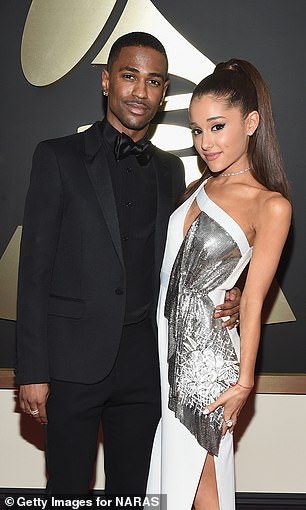 Past loves: Ariana got engaged to SNL star Pete Davidson in 2018, and previously dated rapper Big Sean in 2014 However, Ariana and Pete would split just months later, with the funnyman deleting his Instagram account prompting rumors of an ugly split. In a 2019 interview, Ariana told Vogue that the relationship with Pete was ‘never going to last.’

In April last year, Ariana praised Florence Pugh for taking a step back from talking publicly about her relationship with actor Zach Braff – and pledged to do the same with her own private life.

‘Sharing special, personal life things that make u happy on the internet can be truly traumatic.’

She concluded: ‘I know I’ve taken a step back from doing so to protect my loved ones and myself but I just wanted to share this and let u know how perfectly u expressed this and how appreciated u are for doing so @florencepugh.’ Private: Unlike her past lovers, Dalton does not work in the entertainment world, and the couple are yet to have appeared at an event together 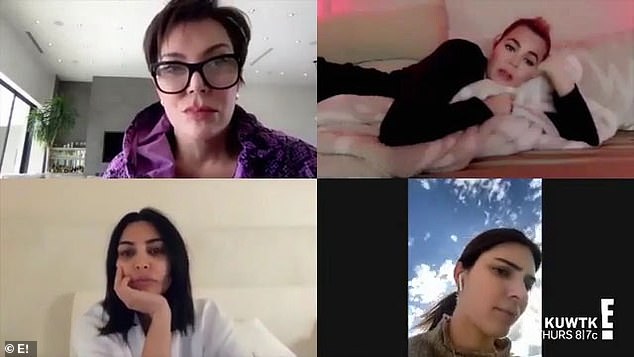