Congresswoman Maxine Waters was accused of abusing her power by allegedly getting two US Air Marshals to accompany her on a flight to Derek Chauvin’s trial.

Waters is said to have requested the Marshals for a flight to Minnesota on April 17, despite allegedly already having two US Capitol Police and Secret Service members to protect her.

‘Federal Air Marshals were removed from a “High Risk” flight to cover Ms. Waters flight to Minnesota. The High Risk flight took off with no armed law enforcement on board leaving a gap in National Security.’

Lawmakers have allegedly abused a program started in the aftermath of 9/11 to essentially create a VIP ‘concierge service’ for members of congress after the deadly January 6 riot at the U.S. Capitol, Fox News reported.

The Air Marshal National Council, a union which represents some of the nation’s roughly 2,000 air marshals, claimed they have been tasked with accompanying congress members to their districts ‘and even to vacation spots,’ Fox News reported.

Fox did not reveal the names of any other congressmen or women said to have requested protection from Air Marshals on flights.

Maxine Waters, pictured in Washington on April 20, allegedly requested two US Air Marshals to accompany her on a flight to Derek Chauvin’s trial last month 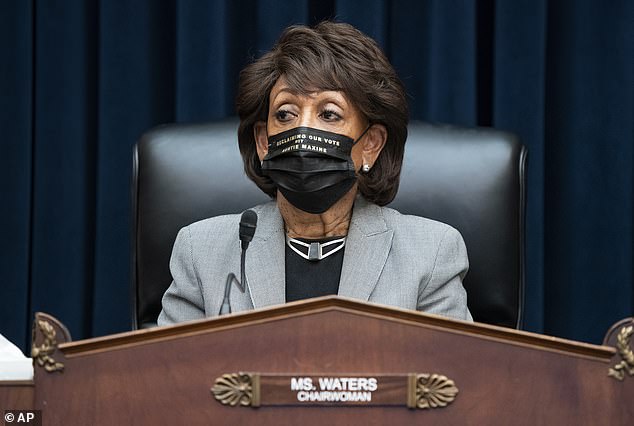 Waters, pictured on April 20, is said to have made the request despite allegedly already having two US Capitol Police officers and two Secret Service agents accompanying her 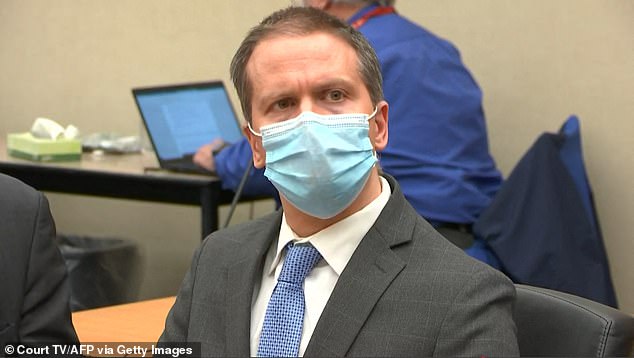 Waters is now the subject of an official complaint over her alleged request. Derek Chauvin is pictured in court on April 20 as he was convicted of murdering George Floyd

Union president David Londo said putting air marshals on a flight ‘simply because a member of Congress requests it is an egregious misuse of government resources,’ in a complaint to the Department of Homeland Security Inspector General on April 20.

‘The FAMs are now taking agents off of regularly scheduled ‘high risk’ flights to put them on flights with members of Congress, that in most cases have their own armed federal security details onboard already,’ he said in his complaint.

‘It has become akin to a type of extremely expensive concierge service for Congressional members.’

‘Air marshals can only be assigned to high-risk flights. That means flights that have been deemed through our vetted process that have a security risk,’ LoBasco said.

‘When these processes are violated and they’re taken advantage of and they are just tossed to the side now as if they don’t matter, we’re really looking into creating a major problem for ourselves in the aviation domain.’

Fox News reported that some air marshals are angry that they have to protect lawmakers on their flights and claim that is the job of Capitol police, and sometimes the Secret Service.

Some lawmakers already have their own security so the marshals don’t know why they have been tasked with protecting lawmakers on flights.

Waters, a Democrat from California, was allegedly protected by air marshals on her flight from Washington D.C. to Minneapolis on April 17 to attend the trial of Derek Chauvin, the former cop who was convicted of murdering George Floyd.

She was already accompanied by two armed Capitol Police officers and two U.S. Secret Service agents when she allegedly requested four air marshals in total for the flight to the trial, according to a complaint filed with the House Committee on Ethics reviewed by Fox News.

‘Federal Air Marshals were removed from a ‘High Risk’ flight to cover Ms. Waters flight to Minnesota. The High Risk flight took off with no armed law enforcement on board leaving a gap in National Security.’

LoBasco admitted that ‘all flights were covered’ despite adding air marshals to Waters’ flight.

The TSA said in a statement that: ‘Following the events of January 6th at the U.S. Capitol, the Transportation Security Administration enhanced security and law enforcement presence throughout the transportation system to include airports and aboard aircraft to protect the traveling public, including Members of Congress.’

According to Fox News, the process for a lawmaker to have air marshals placed on a flight includes calling Capitol Police – which then calls a TSA liaison, who files the request.

Meghan Markle labels November vote the most important of our lifetime 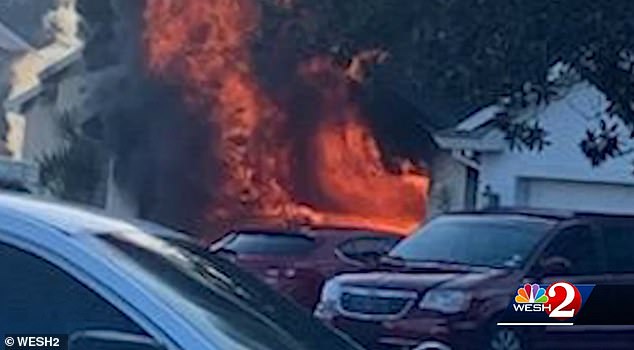 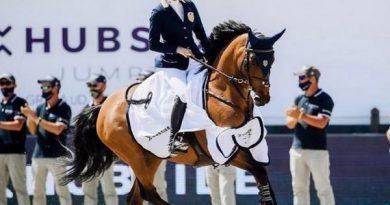