South Korean actress Song Yoo-jungThe 26-year-old was found dead in Seoul, South Korea on Saturday, marking the latest loss of a young performer in the entertainment industry there.

The death of the also model, who appeared in several television dramas, was confirmed in a statement issued by the company that represented her, Sublime Artist Agency.

His managers they did not reveal the causeBut the suddenness of Song’s death was reminiscent of the string of suicides that has plagued the South Korean entertainment world in recent years.

Alarms have long been raised about the pressures imposed by South Korean management companies on young artists, many of whom are groomed from adolescence to become pop idols.

Their appearance is closely scrutinized, and their extremely planned lives are often broadcast on social media exposing them to both sympathetic fan emails and hate comments.

Several of the K-pop stars who have taken their own lives in recent years spoke of struggles with their mental health and the price of cyberbullying.

Song, a rising actress, never publicly mentioned any of those topics.

Yoo-jung began her acting career at age 20 and appeared in commercials for beauty products for the Estée Lauder brand and the Baskin-Robbins ice cream chain.

In 2019 she had a prominent role in the web series ‘Dear My Name’, where she played an architecture student with a great sense of life in search of her soul mate. He also acted in music videos.

She was an advocate for people with disabilities and served as an ambassador for a group from South Korea called Warm Accompaniment.

Song’s agency called her “a great actress who acted with passion.” Mike Pence ‘on standby to take over’ during Trump hospital visit 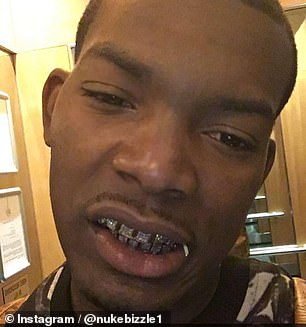 Rapper Nuke Bizzle, who boasted of fraud in lyrics, is federally charged