The 2008 financial crisis hit Marcelo Claure in the wrong place. At that time he had a real estate company for renting apartments around student universities that until then had been a business that he describes as “spectacular”. But the real estate sector was the most vulnerable of all to that recession. Today, however, because of what his new company does, he admits that he couldn’t be “in a better place.”

This Bolivian is the founder and CEO of Aprende Institute, an academy of high demand trades. Classes are taught online and are aimed at the Latino community. Around half a million people have been trained or are doing it in cooking, beauty and fashion, nutrition or manual trades such as solar panel installers or mechanics, which are part of the online training offer offered by this company.

“[La] COVID has accelerated everything, what had to happen in a year has happened in one ”, he explains to this newspaper. Claure says that the doubts about whether it is possible to learn online, the lack of appreciation of distance education or the business model on the Internet have been resolved. Now, it is “part of the modus operandi of society.”

Aprende Institute was one of the companies that was born in the incubator of ideas that this businessman and investor had as part of a venture capital fund, MC Capital. Claure had focused his investments in South Florida and Latin America and it was the place where this study center was developed. At the beginning –in 2016–, and like everything else, it was an idea that was taking shape and initially focused on gastronomy. He hired a CEO to run it but in 2019 he realized that “there was something big” and he began to get more involved in the company. In July of that year, he took over the reins of Aprende Institute.

The path that Claure has traveled as an entrepreneur to reach this business has been full of initiatives and experiences. He started after studying industrial engineering at Boston University, which is why he came to the United States in 1994. His first job was a technology consultant with cell phone operators, but shortly after he joined the company that his brother Marcelo was starting up in Miami. It was about Brightstar, a dealer of obsolete inventory being resold. That company was the largest Hispanic company in the US for years. In two years it went from having a dozen employees to 500.

The entire Claure family worked at the company. “It was a giant fraternity,” says Martin with good humor. After a while, he decided to leave and do an MBA. His brother ended up selling the company to the Sprint operator, of which he was CEO between 2014 and 2018.

It was on his return to college for his master’s degree that Claure started the real estate business. After the crisis, he focused on a company in Peru that already existed for the sale of mobile minutes to create bank agent points for different financial entities, which he later sold. And before Aprende, he created an ETF linked to lithium, basic for batteries, with a financial company.

“There are always opportunities,” he says after reviewing his biography as an investor and entrepreneur. He speaks with satisfaction about the things that have gone well, but also about what has not. “Se learns a lot from failures ”. His idea is that at the head of a company you have to make mistakes fast, correct mistakes and learn until what you have in hand works. “AND if the market is large and you find a piece of the market that fits then you are on to something“.

The learning method that Aprende proposes is based on videos and interactive lessons. A teacher who is also “one WhatsApp away from a student if they have questions or need advice.”

The production is in Mexico where they have a studio with eight sets and a production team of more than 100 people. The teaching team is made up of 60 experts in nutrition, cooking, mechanics, etc. In total, the company employs about 300 people in Mexico, Bogotá and Miami.

Claure explains that Aprende is aimed at an audience that wants a vocational outlet and needs structured learning. “We find spaces where people are earning money, they are working but there is no learning offer. If you want to learn how to make up or pastry or install solar panels, which is how many Hispanics make a living, where do you go? The options, he says, are to go to a very expensive institute or school or learn on YouTube without discipline

“We have found it is a very large space, totally neglected.” His model, he says, “is the closest it is to going to study but it costs a fraction of what school costs. In addition to the trade schools, a fifth has been added that Claure says she likes a lot, for when a person who already has a certain skill can learn to manage their accounts, marketing, management, “it is the newest but I think it is where we can have a lot of impact on our students “

“We have had operational challenges [por la COVID] but I certainly feel that we are in the right place at the right time ”.

Aprende was very focused on Latin America in 2019 but They saw that the US Hispanic market made more sense “because there is no more entrepreneurial person, with more desire to get ahead than a person who emigrates to another country, who leaves everything and gets ahead,” says Claure.

Today the US accounts for 80% of a business that has grown above what was estimated and that plans to have revenues of $ 1.2 million in January, four times more than last year due to the pandemic, due to the new schools new offer educational and also because whoever enters the courses does more.

Its objective is to consolidate the online academy in the US “and become the Netflix of personal development education learning for the Hispanic community in the country. We want to be a benchmark for practical vocational skills in the Spanish-speaking market ”. “The consumer here is more demanding, their demand is more to us to help to be better, ”he explains.

One of the first things Claure did was raise outside capital for his company. Initially the money to set it up was his own and that of his brother Marcelo but he wanted other investors to enter. Why?

Because it validates the idea that one has. “HUntil someone comes and says I love what you’re doing and I’m willing to invest, you don’t know if what you’re doing outside of your bubble is something that has value ”, he explains. For Claure the key is to get out of the bubble and have a smarter person tell you that it’s a good idea and bet on it.

Aprende Institute has managed to raise a total of $ 5.2 million. The main investor is Reach Capital, and Angel Ventures, 500 Start ups and Fernando Fabre from MatterScale Ventures.

Real estate, technology, lithium, education. How can it be undertaken in such different sectors? Claure says that’s the prospect of being an investor. “You are looking at where things are moving, where the winds blow and where opportunities open up.” You always have to think about big things and look for solutions to frustration when something doesn’t work out right

“The key is to surround yourself with people who are smarter than you, be it investors, partners, co-workers, the secret of success in my opinion is that. Especially the teams that one manages to put together ”, he assures.

Tolerance is also needed “to fail and learn from it.” 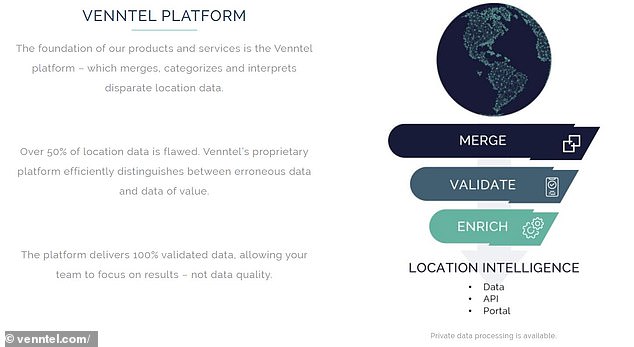