Signal appears to have started developing a range of new features that are already available on WhatsApp. The new changes have come into notice just days after the instant messaging app welcomed a rush of new users. Signal’s rise in popularity has come in the wake of a privacy policy update by WhatsApp that has spiralled into a public outrage. One of the changes that Signal has in the works that mimics WhatsApp is chat wallpapers. Signal could also add an ‘About’ option that looks similar to the one on WhatsApp.

As noticed by WhatsApp beta tracker WABetaInfo, Signal 5.3.1 beta for Android carries the new chat wallpaper feature. It can be accessed by going to Settings > Appearance > Chat wallpaper. There are 21 pre-set wallpapers to choose from, though users can also add their own images as chat wallpapers on the app. An option to set a dark theme to dim the chat wallpaper is also available. The latest Signal beta also carries the custom ‘About’ option, which allows users to tell their contacts about their status. It is available in the Profile option in the settings menu on the Signal app. WhatsApp has a similar ‘About’ option. 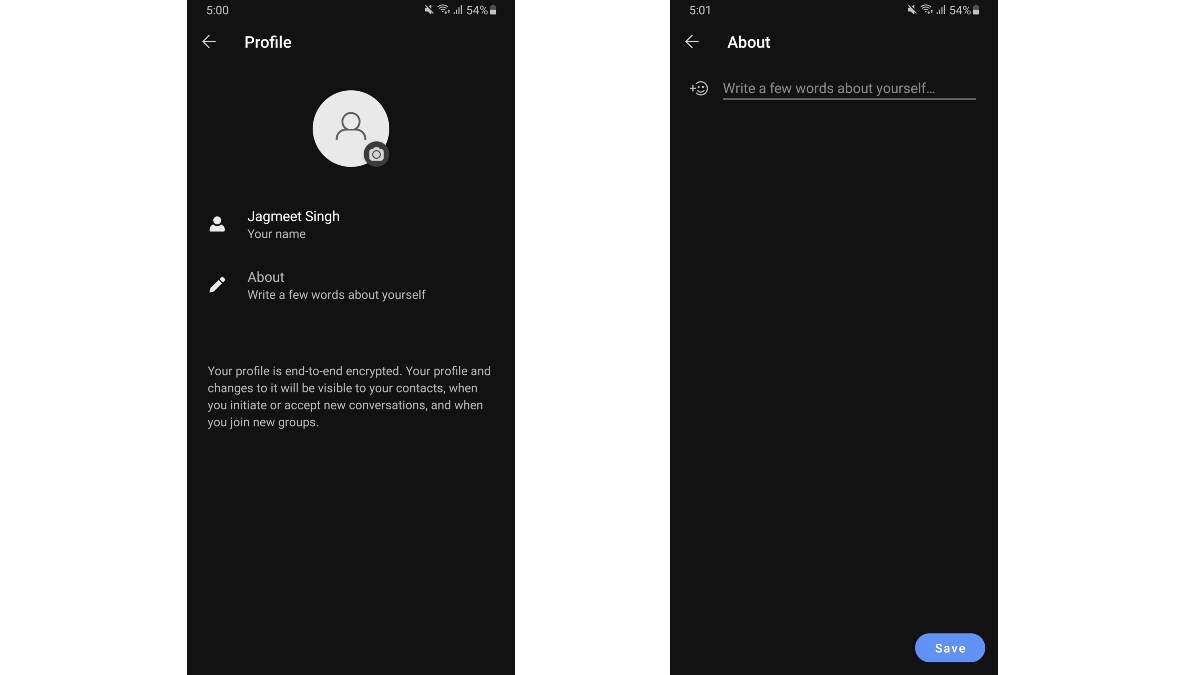 Signal is also bringing a low-data mode for calls, which is already available on WhatsApp. The app is could also let users look at their chats on the iOS share sheet — something that WhatsApp brought last year for iPhone users.

Earlier this week, Signal brought the ability to let users choose when their media files should be automatically downloaded. The app also recently changed the limit on group calls from five participants to eight. Both these features are already present on WhatsApp. The Facebook-owned app increased group call limit to eight people in April.

Signal is also said to have implemented the option to let users create a shareable group invite link. This also works similar to how you can invite people to your groups on WhatsApp. Miss You Status Quotes for Whatsapp | Missing you status for whatsapp