As many as 11 Indian women who were allegedly duped by immigration agents only to get stranded in the UAE have been reunited with their families here.

Lured by greener pastures, 12 women had gone to Dubai for a better future. While 11 have returned home, one was likely to be back soon.

Dr SP Singh Oberoi, a Dubai businessman who runs NGO Sarbat Da Bhala Charitable Trust, facilitated repatriation of the women by furnishing money to the Dubai landlords in lieu of arranging their immigration, stay and airfare.

While eight women from Punjab landed at Sri Guru Ram Dass Jee International Airport, Amritsar, today, two from Kolkata and one from Patna reached their home two days ago. A Punjabi woman among them could not board the flight today due to ill health.

Babli Kumari, who lived in Gawal Mandi, Amritsar, said she was promised a domestic help job with an Indian family in Dubai. “I reached Dubai in a group of 11. The agents took our documents and never arranged a job. After staying in a company’s enclosure for four months, we asked them to send us back. But they demanded Rs 1.5 lakh each.

“My family back home could not arrange the money. I then found Dr Oberoi’s number and apprised him about our plight on WhatsApp as there was no SIM card in our phones. He arranged everything to get us back home,” she said.

Muktsar-based Mandeep Kaur, too, was trapped due to poor economic condition. “My husband was into agriculture and we have two children to look after. It was difficult to make both ends meet so we contacted an agent through a relative. I was offered no work. Even food was given in small quantities. We demand stern action against the agent. Dr Oberoi appeared as an angel for us,” she said.

Dr Oberoi, who received them at the airport, said travel agents often targeted women belonging to economically weaker families. Around 200 girls from India were likely to be stranded in Muscat, Sharjah and Dubai, he said. Efforts were on to bring them back.

Dr Oberoi paid between Rs 1.5 lakh and Rs 3 lakh each to facilitate their repatriation. 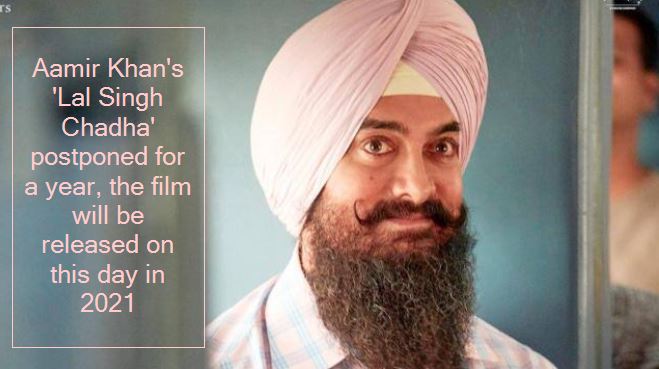 Aamir Khan’s ‘Lal Singh Chadha’ postponed for a year, the film will be released on this day in 2021

Kangana moves HC to quash Mumbai police’s FIR against her