ANDhe Mexican Julio César ‘Rey’ Martínez, flyweight champion of the World Boxing Council, predicted this Tuesday that his fight against the Puerto Rican McWilliams Arroyo It will be a shock, although if the conditions are met, he will seek the knockout.

“I expect a shock fight; She is about my height and is going to be a good fight. He likes to crash, I accommodate the opponent, but I say it will be shock. It doesn’t hit so hard, I’m going to put it on top and hopefully that knockout comes, “he said.

Martinez revealed being recovered from stomach upset and getting better at defending his belt against Arroyo, with 20 wins and four losses.

At a press conference, the boxer explained that his purpose is to unify titles in the fly category and then go up to super fly with the idea of ​​reigning before high-class boxers like the Mexican Francisco Estrada, monarch of the World Council, and the Nicaraguan Román ‘Chocolatito’ González, champion of the World Association.

Now it’s the turn of Julio Cesar Rey Martínez, 👑 of the @WBCBoxing

“I’m ready to go back, to defend the title,” declared the fighter who has to face McWilliams Arroyo. “I want to make history, I already want to go up to 115, but first I want to unify my titles” pic.twitter.com/XcQIdJ4k7O

The fight of Martínez against Arroyo will be one of the most anticipated in the first half of 2021, in which Mexicans Miguel Bertchelt and Óscar Valdés will compete for the WBC super featherweight title, the American Gary Rusell will expose his feather belt to Mexican Rey Vargas and Saúl ‘Canelo’ Álvarez will defend his super middleweight title, among other.

Martinez, with 17 wins, 13 on the fast track, a draw and a loss, accepted that while he has grown as a boxer, he must still grow to be better and aspire to be one of the best pound for pound in the world.

“I need to be more technical. I have fang from amateur fights where I faced tough guys who hit or moved well. I know what to do in each situation, however, I lack foot mobility and details that we are perfecting, ”he said.

The ‘Rey’ Martínez recalled that in his beginnings as a professional had to work hard from scratch and fight in the division to appear because he had a young daughter and needed money.

“I was breaking stones because I never had a promoter or a sponsor; I even fought in super bantamweight with Édgar Sosa, I beat him and then they started to look at me“, He confessed.

Considered one of the most charismatic boxers in Mexico, with great mentality, Martínez reiterated that his purpose is to fight against all the good guys in his division. to be confirmed as the best. “We want to face the best to show what we are made of,” he said.

VIDEO: “Canelo” Álvarez forgets his gloves and takes the cosmetics to make up his daughter 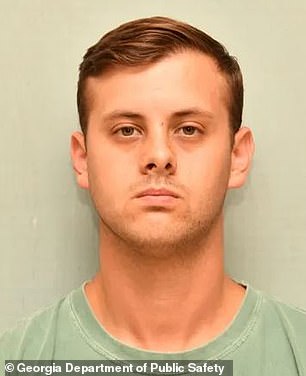