The Centers for Disease Control and Prevention (CDC) has announced it will start requiring all international travelers coming into the US to show proof of a negative COVID-19 test in order to enter the country.

Global testing requirements would be an expansion on a Trump administration policy barring UK travelers without a negative test from entry, which was announced on December 24.

The new rule, first reported by The Wall Street Journal, will apply to Americans returning home from abroad, as well as visitors.

Under the requirement for travelers coming from the UK, the government offers no assistance in the event that you test positive. The CDC simply advises that you will be barred from boarding planes and should self-isolate for at least 10 days in the UK. The same will almost certainly now apply to people traveling from any other country.

CDC’s new order would likely go into effect on January 26, according to The Journal.

‘Testing does not eliminate all risk,’ CDC Director Dr Robert Redfield sad in a statement.

‘But when combined with a period of staying at home and everyday precautions like wearing masks and social distancing, it can make travel safer, healthier, and more responsible by reducing spread on planes, in airports, and at destinations.’

The restrictions are aimed at keeping out new, more contagious ‘super-covid’ variants like those that emerged in the UK, South Africa and Brazil.

But the US government is trying to slam the barn door after the horse has already bolted.

The US will expand its requirement for negative COVID-19 tests from travelers from the UK to apply to all international travelers, sources told the Wall Street Journal (Pictured: Los Angeles International Airport is the first in the US to offer onsite COVID-19 testing)

No cases of the other variants have been reported so far – but that doesn’t mean they aren’t here.

If they were, it’s far from certain that the CDC would know.

The agency says it is stepping up the number of covid-positive samples it checks for hallmarks of the new variants, but weeks may pass between the submission of a sample by a state and results returned by the CDC.

Weeks, during which a more contagious variant could be taking hold and spreading like wildfire in the US.

In fact, the first identified case of the B117 variant in the US was in a person with no recent travel history, in Colorado.

They and fellow National Guard member who worked together in nursing home both had the variant, and it’s unclear where they picked it up.

The state’s cases of B117 coronavirus have now risen to three.

In the other nine states in the US, the origin stories of the UK variant are a mixed lot. Too little, too late: The UK ‘super-covid’ variant is already in 10 US states and has infected at least 82 Americans, according to DailyMail.com tracking

Both cases in Connecticut were in people who had recently traveled – one to Ireland, the other to New York. In Pennsylvania, the person with the new variant had a ‘known travel exposure.’

But three people linked to a Saratoga Springs, New York, jewelry store had no recent history of travel.

In these cases, it’s clear that a variant is already spreading in the community, not simply being imported from outside the US.

Minnesota health officials recently reveals that person there who has the UK variant initially tested positive on December 18 – before the US testing requirement for UK travelers went into effect.

The requirement was unequivocally too little, too late.

Already there are two other variants of concern spreading globally. Scores of countries banned travelers coming from South Africa altogether over the past few weeks, the US was conspicuously silent.

Still, the decision to require testing for all international travelers comes before any cases of the South African or Brazilian variants have been found in the US.

The new ‘super COVID’ variant first detected in the UK is continuing to sweep across the U.S. as more cases have been identified. California currently has the highest number of reported cases with 34 in total – 32 in San Diego County and two in San Bernardino County – and Florida is close behind with 22 cases.

New York has the third highest number of cases with Governor Andrew Cuomo (D) confirming in a call with reporters on Tuesday that eight more cases had been identified in the state, bringing the total up to 12.

The strain, known as B 1.1.7., is feared to be up to 70 percent more transmissible and to spread more easily among children.

What’s more, a Minnesota case of the new variant indicates it may have been circulating in the U.S. far earlier than previously believed.

The positive sample comes from a patient that was taken on December 18 and uploaded to the global genomic database GISAID. With other variants also confirmed in South Africa and Japan, many have criticized U.S. health agencies for failing to adequately detect and track new strains.

Additionally, health experts say the variants provide cause for the Trump administration to ramp up nationwide vaccination efforts, which have been lagging since the rollout started in December.

It comes as new interactive maps show how U.S. hospitals are overwhelmed by COVID-19 patients, as the number of people admitted to intensive care units (ICUs) with the disease continues to increase. 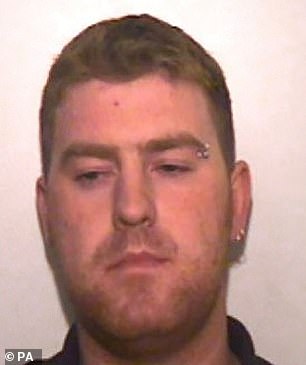