What strategies will New York authorities use to reverse the ruin left by the pandemic? What should immigrant communities expect most affected by COVID-19 in state government plans in the next fiscal year?

In the 11th speech of ‘State of the State of New York’ offered this Monday by the governor Andrew Cuomo, the president described the “weapons” that he will use in the coming months to “Win the war” against COVID-19, recognizing that New York is financially devastated today, but new political and economic flows are opening up to recover it.

In principle, the tactic consists of requiring the new government of Joe Biden the transfer of multimillion-dollar funds held by the Trump Administration, but also obtain resources from other sources, already controversial, such as the legalization of marijuana and the authorization of online sports betting.

During his speech delivered from the ‘War Room’ from the Capitol in Albany, Cuomo repeatedly brought to the fore the need to “Heal the wounds” of the communities poor, African American, Latino, and immigrant who suffered the harshest side of the pandemic.

“This moment of economic recovery allows us to create pathways to include communities that have historically been forgotten, ”he said.

Looking for the money

In summary, the Governor’s strategy in this new fiscal year that begins on April 1, is to put all financial efforts to eradicate COVID-19, maximize vaccination plans so that they are equitable, face the economic crisis especially of small businesses, invest in clean energy to generate jobs and fight rules to build a fairer racial justice system.

“The first thing we must warn is that we hope in the days to come that justice will be done with funds from New York that must be guaranteed by the federal government. We believe that the chances of obtaining, at least part of these funds, have increased in the last week, ”Cuomo outlined.

The traditional speech coincides with the worst financial crossroads that the state president has had since he has governed the state for 10 years. And at a time when the public health crisis leaves a financial gap of $ 15 billion.

“Washington has abused New York in the last four years. They have provided us with the lowest Medicaid reimbursement rate in the nation. They deprive us of infrastructure funds and with the reduction of state and local taxes (SALT), which raised taxes on New Yorkers, depriving the State of $ 30 billion in three years ”, he stressed.

In a fact: they will legalize marijuana

With the fiscal deficit accounts very clear, with the challenge of vaccinating 20 million New Yorkers and recovering an economy that is in the doldrums, the State administration has already identified some sources of income to come, such as controversial legalization of marijuana.

After the decriminalization and some legislative steps taken last year, the Governor proposes the opening of a new ‘Cannabis Management Office’ to oversee a new adult marijuana program.

In addition, a structure will be created so that this new market, which will undoubtedly be legalized in the coming months, offers marketing licensing facilities to entrepreneurs in communities of color that have been disproportionately affected by the war on drugs.

The legalization of cannabis will create more than 60,000 new jobs, stimulate economic activity worth $ 3.5 billion and it will generate more than $ 300 million in tax revenue when fully implemented, calculates Cuomo.

But every time this possibility appears, the opposition to this proposal finds new arguments.

He Dominican community leader Guillermo Alí Pérez, from Upper Manhattan, is one of those who thinks there are many ways that New York can recover financially from the economic crisis.

“I believe that, as was done in other states, this should be submitted to popular consultation. When you talk to families from the poorest neighborhoods, you realize that this would bring many additional problems. Is about a drug to be legalized at a time of a public health crisis. I respect the theories of medicinal use, but most have seen how people change emotionally when using this drug. It will be worse ”, said Ali.

They will enable online betting

The other letter from Albany Government to cover the fiscal gap, it is enable online sports betting, which are legal in 14 states, including the bordering states of New Jersey and Pennsylvania, while it is only legal in four centers in the north of the state.

An industry study found that almost twenty% of New Jersey’s sports betting revenue comes from New York residents, which means for the state millions of dollars in lost tax revenue.

The Governor announced the creation of a commission that will require that any company that operates mobile gambling applications “include safeguards against abuses and addictions ”.

The plan: rush the vaccine for everyone

To ensure that the COVID-19 vaccine is distributed equitably, a New York Vaccine Equity Task Force which will help increase access to doses to African American, Hispanic, Asian, Native American, Rural, Poor communities and those who live in public housing projects.

But as the president himself warns: “We hope that the new federal Administration will increase supplies to be able to move faster in this battle ”.

So far, New York has received 300,000 weekly vaccinations it does project that the first two inoculation phases would take at least 14 weeks. These two groups include health professionals who are on the first line of risk, nursing home staff and inmates, teachers, police, rescuers and all New Yorkers over the age of 75.

He Quisqueyan Luis Cirilo, a resident of Inwood, does not apply to any of those eligible groups, but due to his work in the restaurant industry, he is in contact with the public and often unable to respect social distancing.

“I think this is going very slow. There are many groups that we are exposed to COVID-19 from the beginning and we are the ones who have put food on the table of New Yorkers. And we have not stopped. We continue to face economic closures. But we’re last on the list with the vaccine. It’s not fair, ”says Cirilo, who like thousands of residents of the Big Apple have observed an“ inefficient start-up ”of the immunization strategy. While the virus continues to gain ground in the city.

They will prohibit fines for late rent

The Governor has already signed legislation that establishes a moratorium on evictions residential until May 1, 2021 for tenants who have suffered difficulties related to the coronavirus.

Taking this effort one step further, it will also codify an Executive Order that bans penalties for late rent payments during the pandemic and will allow tenants to use their security deposit as immediate payment and refund the deposit over time, said will maintain those protections until May 1.

The Democratic president also reiterated that he will establish a state moratorium on commercial evictions until May 1 for commercial tenants who have endured hardship related to the virus.

Regarding the protection of the millions of immigrants residing in the State, the New York Governor stressed that the plan of ‘New York Freedom Defense ’ that to date has provided 45,000 vital legal services to immigrants. Especially for those who have been targeted by the tactics of the federal immigration policies, including recipients of Deferred Action in Early Childhood (DACA) or Temporary Protected Status (TPS)

Meanwhile, Assemblywoman Catalina Cruz who represents the District 34 of Queens, hopes to review in depth the book that Governor Cuomo publishes annually to know specifically what are the strategies for immigrant communities who continue to suffer the worst of the pandemic, losing their jobs and going bankrupt.

“We have heard that our immigrants have been at the center of the discourse, but we did not listen to a specific proposal that means clear relief for them. We met generic ideas. But how to achieve justice in our communities that were ignored by all aid plans. That is the big question! ”, Concluded the Colombian legislator. 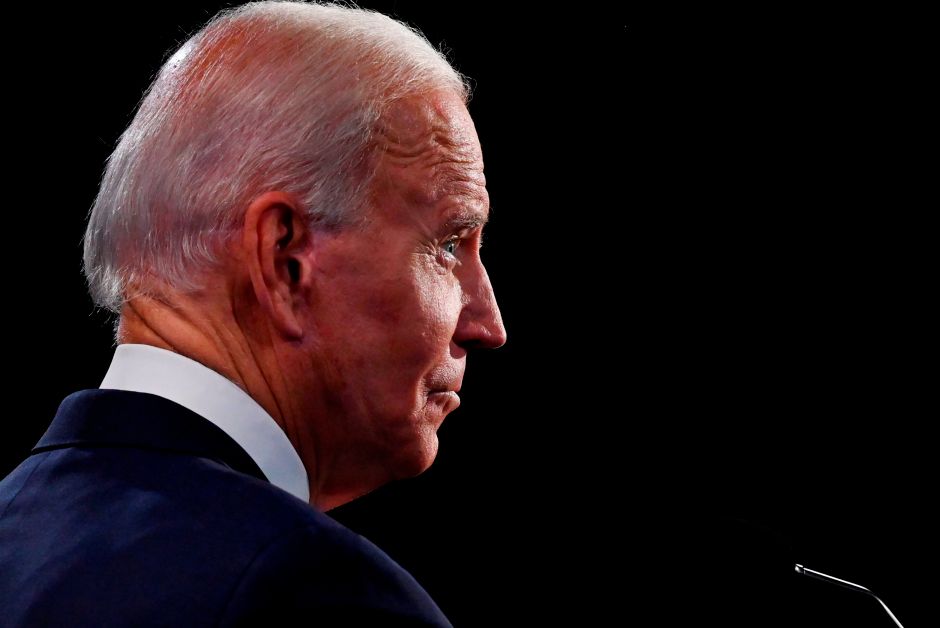 Biden: “Americans deserve a president who understands what is happening.” | The opinion

“Sign” Cristiano Ronaldo and Italian football: Gerard Piqué would seek to acquire the television rights of Serie A | The State