By Sam Joseph Semon For Dailymail.com

It was announced on Monday that Ben Affleck has been tapped to direct the upcoming adaptation of the fantasy adventure novel Keeper Of The Lost Cities for Disney.

According to Deadline, the Batman v Superman: Dawn of Justice actor has also signed on to produce co-write the screenplay along with Kate Gritmon in addition to helming the feature.

The star has directed numerous movies, including the 2012 Academy Award-winning film Argo.

Future project: On Monday, it was reported by Deadline that Ben Affleck is slated to direct the upcoming adaptation of the fantasy adventure novel Keeper Of The Lost Cities for Disney; he is seen at the premiere of The Way Back in 2020

The film is set to follow a 12-year-old telepathic girl named Sophie who finds it hard to fit in at school and within her family.

When Sophie discovers that there are other people in the world who can read minds, she learns that she is not a human being and that she originally comes from a parallel universe to our own.

She then sets off on an adventure to discover her true identity and at the same time find out why she has her special powers.

The Shannon Messenger-penned book series originally debuted in 2013 and has since reached both the New York Times and USA Today bestselling lists. Successful series: The book series, which debuted in 2013, has garnered positive critical attention and has gone on to appear on both the New York Times and USA Today bestseller lists Not his first rodeo: Affleck has directed multiple films over the course of his career, and his 2012 feature Argo went on to win the Academy Award for Best Picture; he is seen in 2020

The series as a whole has received positive critical attention, and its most recent entry was published in November of last year.

Affleck began his directorial career with a short film produced in 1993 that he later disowned; his first feature length picture came in 2007 with the neo-noir Gone Baby Gone.

The feature debuted to high critical acclaim and cemented the actor’s status as a multi-talented figure within the entertainment industry.

He would go on to both direct and star in the 2010 crime thriller The Town, which also starred Jeremy Renner, Rebecca Hall and Jon Hamm; Renner would receive a nomination for the Academy Award for Best Supporting Actor for his work.

Two years later, Affleck performed in the same capacity for Argo, which garnered him high praise for his work on the picture; his 2016 film Live By Night only received mixed reviews and bombed at the box offices. 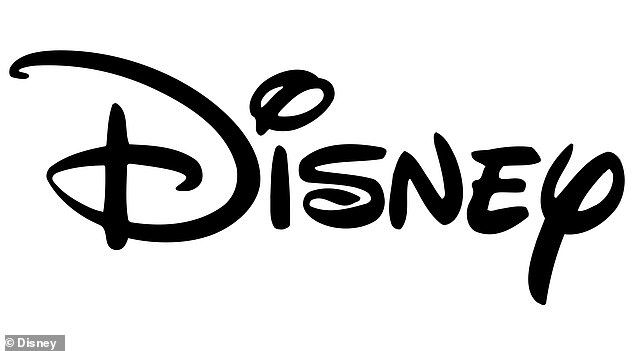 Screen versions: Disney has produced multiple adaptations of books over its history, with one of the most recent ones being 2020’s Artemis Fowl, which had its premiere on the Disney+ streaming service in June of last year Multiple roles: In addition to directing the upcoming film, Affleck is set to both produce the film and co-write the screenplay with Kate Gritmon; he is pictured in 2013 with George Clooney after winning for Argo

Shortly after the release of Argo, the actor sat down for an interview with Rolling Stone where he discussed why he enjoyed acting in his own features.

Affleck opined: ‘I like acting for myself as a director. I act and I know that I’ll have a chance to have some say in what gets used and that I’ll be able to give myself enough takes and be on the same page as myself about how the scene should play.’

He then elaborated on his motivation to begin directing films and commented on how he began doing so in an effort to become a better actor.

‘Yeah, I’ve been on sets where you and the director have opposite ideas about what’s good…That’s why I started directing in the first place, because I wanted to see if I was just full of s*** and should listen more, or if I was on to something,’ he noted.

Affleck then spoke about how he still felt anxious as a director and how he attempted to channel that feeling into producing better results as a lead.

‘I still have anxiety. You have to have some healthy anxiety, because it puts you in that sort of fight or flight, hyper-aware, let me make sure I’ve done everything I can to avoid being eaten by the velociraptor mode,’ the actor said. A tough one: His 2016 film Live By Night only received mixed reviews and bombed at the box offices