Pedro Pascal pointed the finger at Texas Senator Ted Cruz for the violent insurrection on Capitol Hill in a tweet shared Saturday.

The 45-year-old Mandalorian star shared the Republican senator’s phone number with his 741K followers as social media users blamed the politician for inciting the riot in the Capitol Building, which left five people dead, including one police officer.

Pascal may have had his eye out for Cruz, 50, after the senator panned his performance in Wonder Woman 1984.

Calling him up: Pedro Pascal, 45, shared the office number for Texas Senator Ted Cruz on Saturday after the Republican was blamed by many on social media for inciting the violent Capitol Hill insurrection that left five people dead; seen in November 2019 in LA

Although some Twitter users initially thought he was doxxing Cruz by revealing personal information, Pedro only shared the publicly listed number for the senator’s central Texas office, located in Austin.

Prior to his post, Pascal seemed to be engaged with the riot in DC on his Twitter feed.

On Wednesday he tweeted, ‘What incredible, profound shame,’ presumably in response to the attack.

‘The world is watching and history is recording. This disgrace will be FOREVER IN THE BOOKS,’ he wrote on Thursday, followed by a New York Times article listing the 147 Republican elected officials who voted to overturn the certification of President-elect Joe Biden’s victory.

Easy to find: Although some users initially thought he was doxxing Cruz, Pascal only shared the publicly listed number for the senator’s central Texas office, located in Austin Not a fan: Pascal may have been incensed with Cruz after he shared a negative review of his performance in Wonder Woman 1984 on December 26; seen January 3 in Sugar Hill, Georgia Sickened: On Wednesday, Pascal tweeted, ‘What incredible, profound shame,’ presumably in response to the attack on the Capitol Building; seen in February 2020 in Beverly Hills

Although Pascal was clearly incensed by Republican politicians that had cheered on the armed crowd before their attack on the Capitol, he may have also been holding a grudge against Cruz for his withering Wonder Woman 1984 review.

In response to a Twitter user’s asking if anyone had seen the superhero film, he replied: ‘Sadly, yes. [10-year-old daughter] Catherine & I watched it last night. Gal Gadot remains terrific, but it’s by far Pedro Pascal’s worst performance,’ he wrote.

‘The script, was wooden, formulaic & silly (“look, a fully-fueled fighter jet just sitting there for us!”).

‘But, watching w/ your daughter is still fun!’ he added. Thumbs down: Cruz wrote that the role was ‘by far Pedro Pascal’s worst performance,’ a sentiment many film critics seemed to share Voted down: Cruz was among eight Republican senators that objected to Joe Biden’s victory in the November presidential election; Cruz seen in the House Chamber on January 6 Outraged: Multiple Democrats, social media users and even some Republicans blamed Cruz’s vote and speeches for the deadly attack, in which Capitol Police officer Brian Sicknick was bludgeoned to death with a fire extinguisher; seen at the Capitol on December 16

Cruz was among eight Republican senators that objected to Joe Biden’s victory in the November presidential election.

Cruz was lambasted by Democratic Representative Alexandria Ocasio-Cortez for his attempts to overturn the election.

She and other Democratic members of Congress have called on the senator to resign, claiming that his attempts to delegitimize the results of the election encouraged the pro-Trump mob to attack the Capitol.

Among the dead was one woman in the mob who was shot by a plain-clothes Capitol Police officer.

Capitol Police officer Brian Sicknick was killed by members of the mob after they struck him in the head with a fire extinguisher, according to The New York Times. Big hit: Pascal has had a high-profile end to 2020, with his Disney+ Star Wars spin-off series The Mandalorian receiving critical and audience acclaim for its second season

Pascal has had a high-profile end to 2020, with his Disney+ Star Wars spin-off series The Mandalorian receiving critical and audience acclaim for its second season.

His role in Wonder Woman 1984 was less positively reviewed.

Multiple reviewers criticized Pascal’s over-the-top Donald Trump–inspired performance as being too hammy, though some defended his tone. 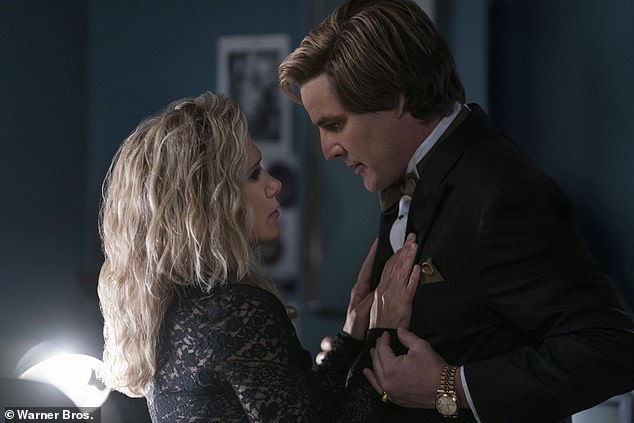 Mixed reviews: His role in Wonder Woman 1984 was less positively reviewed, and it only boasts a 60 percent score on Rotten Tomatoes, far lower than the first Wonder Woman film; seen with Kristen Wiig in WW84