A couple who run an online spiritual community that claims to help members find their soul mate have faced accusations that they promote cult-like practices and have even encouraged members to change their gender in a bid to find love.

Jeff and Shaleia Ayan, who live in Michigan, are the founders of the Twin Flames Universe, an online community which offers virtual tutorials, workshops and therapy sessions designed to lead people to their so-called ‘twin flame’.

‘A twin flame is your best friend in the entire universe,’ Jeff explained in a 2017 YouTube video. ‘This person was designed for you by God, and you were designed for this person by God, to be your eternal companion… for all of eternity.’

Members of the Twin Flames Universe are given access to a special Facebook group, which has more than 15,000 members, as well as dozens of YouTube videos with titles like ‘does my twin flame know they’re my twin flame?’ and ‘manifest twin flame miracles’.

Jeff and Shaleia Ayan, who live in Michigan, are the founders of the Twin Flames Universe, which offers online tutorials, workshops and therapy sessions designed to lead people to their so-called ‘twin flame’. They have faced accusations of running a cult-like organisation

Other offerings, including one-on-one therapies, and access to Google Hangout ‘classes’ during which members were offered advice on their relationship problems, require a subscription.

According to Vanity Fair, the cost of accessing the ‘full run of this therapeutic reality show, and its offshoots, costs $4,400.’

While dozens of followers claim the organisation has had a positive impact on their lives, several former members have spoken to Vanity Fair and Vice about what they consider to be Jeff and Shaleia’s exploitative and cult-like practices.

Jeff, who is in his early 30s, and Shaleia, who is in her mid-30s, vehemently deny any allegations of wrongdoing and claim the attacks are part of a conspiracy theory to ‘destroy’ the Twin Flames Universe.

The duo, who claim to have a direct connection to God, work with a team of coaches to help guide their members towards their twin flame, who might live in another city, or even country.

Sometimes these matches are people they already know; sometimes they are other members of the community.

These matches are always between one ‘masculine’ partner and one ‘feminine’ partner, however the group uses these terms to refer to energy, rather than a person’s sex or gender, meaning you could be a woman but have a ‘divine gender’ that is masculine.

Jeff and Shaleia claim their close connection with God means they can confirm a person’s true ‘divine gender’, even if it is not one they identify with.

The couple told Vanity Fair that members who ‘discover a new divine gender’ are never pressured to change their outward appearance. But the publication notes that ‘many of them do; starting with their names, pronouns, dress, and hair.’

One transgender man spoke positively of discovering that his ‘divine gender’ was masculine after being guided by members of the community and his coaches. Jeff and Shaleia vehemently deny any allegations of wrongdoing and claim the attacks are part of a conspiracy theory to ‘destroy’ the Twin Flames Universe. Above, a grab from a recent video denouncing the attacks

‘I was guided perfectly through pointed, logical questions and meditation to the truth,’ he wrote in a blog post. He added to Vanity Fair: ‘It wasn’t forced on me in any way.’

However others insist that members are actively encouraged to outwardly adopt their ‘divine gender’. Ten ex-members told the publication the ‘Twin Flames Universe is coercing vulnerable people who have never experienced gender dysphoria to transition’.

One former member added: ‘If those people in there are happy, I hope so. But I just think it’s all too likely that indoctrination made them believe that they were trans when they were f*****g fine before.’

All current members disagreed, saying that no one has pressured them to transform anything about their bodies or lives. Jeff and Shaleia rejected the idea that they coerce people to change their gender.

Jeff also referred to himself as ‘Father Christ’ and said Shaleia is ‘Mother Christ’, positioning them as the undisputed leaders of the group with an intimate connection to God.

He later justifying the statement by saying it was a reflection of the belief that everyone is a divine being but added he is also the ‘Second Coming’ of Jesus.

Former members speaking to Vice leveled a range of accusations against the Twin Flames Universe and accused Jeff and Shaleia of building a ‘cult empire’ that exploited its members.

Ex-members and parents of current members claimed followers were encouraged to cut off communication with their families, an isolation tactic that is common in cults.

When asked for comment by Vice, Jeff and Shaleia denied they are running a cult. ‘A cult is a (sic) organization of abuse that systematically takes from and harms its members to enrich its founder,’ Jeff said. ‘We created an organization of love and harmony which heals and enriches everyone in it and everyone who is connected to anyone in it.’

According to Vanity Fair, Jeff and Shaleia also ‘filed two lawsuits that named seven former Twin Flames Universe members and one family member as defendants, variously accusing them of defamation, false promotion, unfair competition, and additional charges. Among other things, the complaints allege that their negative accounts of Twin Flames Universe online or in the Vice story are false, cooked up to make the spiritual community look bad and to steal their clients, drive people away, and promote the ex-members’ businesses.’

MailOnline has contacted the Twin Flames Universe for comment. 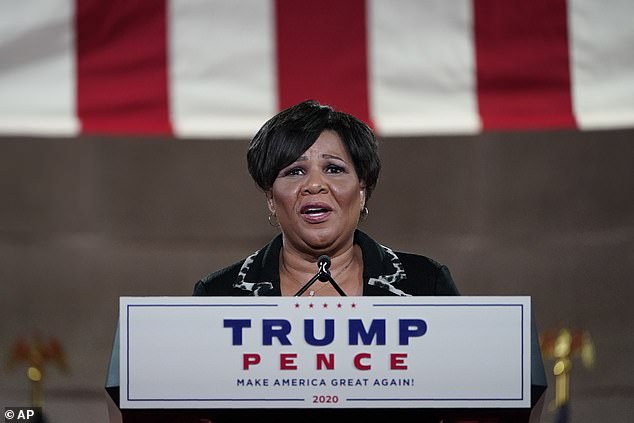 Viewers hit out at Netflix employees Megan, Harry and the Obamas as they stay ‘silent’ on ‘Cuties’