When we hear that a church leader has fallen short and has engaged in illicit activities, it can often lead us to a place of frustration and sadness. Sometimes Christians even leave the church when a leader who seemed to exercise a strong faith falls into temptation and sin.

So, what happens when a Christian leader who has passed has committed some difficult-to-swallow sins? And what if the news leaks out after they have passed?

Should Christians preserve the legacy of the person who is no longer with us, even if they made mistakes? Or should we also bear in mind that they may have caused hurt? And how do we reconcile both as Christians? Let’s dive into this extremely tough topic with grace and turning to Scripture.

What Does the Bible Say about Holding Leaders Accountable?

Proverbs 27:17: “Iron sharpens iron, and one man sharpens another.”

We need to sharpen one another like iron. If we find that our brother or sister has engaged in a sinful lifestyle, we need to step in and remind them of the truth of Scripture. Passivity doesn’t fly.

This becomes difficult, of course, when someone has passed. After all, how do we reprimand someone who cannot speak for themselves? How can we encourage them to improve if they no longer live here on Earth with us?

Galatians 6:1-2: “Brothers, if anyone is caught in any transgression, you who are spiritual should restore him in a spirit of gentleness. Keep watch on yourself, lest you too be tempted. Bear one another’s burdens, and so fulfill the law of Christ.”

Scripture calls us to restore one another in a spirit of gentleness. This doesn’t mean pointing the finger or casting stones. But it does entail not allowing sin to continue. The verse also warns us not to fall into temptation ourselves, to remove the plank from our own eyes.

James 5:19-20: “My brothers, if anyone among you wanders from the truth and someone brings him back, let him know that whoever brings back a sinner from his wandering will save his soul from death and will cover a multitude of sins.”

The difficulty arises, once again, because how can we do what the verses from James commands us if the person has passed? Do we have examples from Scripture about holding leaders accountable for what they did after they passed?

What Does the Bible Say about Accountability after Someone Has Passed?

Let’s analyze a few examples from Scripture about how people handled the legacies of less-than-perfect people who caused grief for friends, loved ones, and future generations.

One of the best examples happens early in the Old Testament: Isaac.

Isaac followed the Lord and served as a patriarch over Israel. This didn’t exclude him from committing sins that ended up pulling his family apart and tarnishing his legacy.

Because Isaac chose favorites, something Scripture commands us not to do (Romans 2:11), this not only tore Jacob away from the family (after Jacob tricked Esau due to this favoritism, Esau vowed to kill him), but Jacob carried this pattern with him. Because Jacob adopted favoritism from his father, his son Joseph is led into slavery in Egypt.

Does this exclude Isaac from his patriarch status? No. God uses an imperfect man to continue the line of his people through Israel. Nevertheless, it takes generations to heal from Isaac’s sin, even after he had passed.

We can look further back in the patriarchs for another example: Abraham when he sleeps with Hagar. Scripture doesn’t dive into details here, but as a handmaiden, she didn’t have much of a choice in the matter. More likely, she didn’t want to sleep with Abraham.

When she gives birth to a son, Abraham’s wife mistreats her, casts Hagar and her son out of the house, and leaves them to die. Although God ultimately saves Hagar and her son Ishmael, the animosity continues between the Ishmaelites and Israelites throughout their history. Because Abraham committed a sin, even after his death, the repercussions continue and hurt many generations to come.

What Does ‘Judge Not’ Mean?

Christians do, in difficult situations like this, often say the phrase, “Judge not,” from the verse Matthew 7, “Just not, lest you be judged.”

So what’s the difference between judging and accountability? Let’s see what Matthew Henry has to say on this:

“We must judge ourselves, and judge of our own acts, but not make our word a law to everybody. We must not judge rashly, nor pass judgment upon our brother without any ground. We must not make the worst of people. Here is a just reproof to those who quarrel with their brethren for small faults, while they allow themselves in greater ones. Some sins are as motes, while others are as beams; some as a gnat, others as a camel. Not that there is any sin little; if it be a mote, or splinter, it is in the eye; if a gnat, it is in the throat; both are painful and dangerous, and we cannot be easy or well till they are got out. That which charity teaches us to call but a splinter in our brother’s eye, true repentance and godly sorrow will teach us to call a beam in our own. It is as strange that a man can be in a sinful, miserable condition, and not be aware of it, as that a man should have a beam in his eye, and not consider it; but the god of this world blinds their minds. Here is a good rule for reprovers; first reform thyself.”

In the words, we should make efforts to reform ourselves, especially if we fall into the same temptations as the one accused.

This doesn’t negate justice systems or accountability. Scripture calls us to hold one another accountable, especially as we spur one another to be more like Christ. Turning a blind eye to injustices committed by Christians is the opposite of what the Bible calls us to do.

What Did Jesus Mean by ‘He Who Is Without Sin Cast the First Stone’?

When we analyze these examples and think of Christian leaders, alive or no longer with us, who have messed up, we may say, “Well, Jesus said, ‘He who is without sin cast the first stone.’ Why should we tarnish their legacy if we deal with sin ourselves?”

Jesus does tell us to pull the plank out of our eyes (Matthew 7:5) and to analyze ourselves to find where we have wanting. After all, we all do sin and our actions have consequences, whether we see them in this lifetime or they happen after we pass.

Matthew Henry has the following to say about John 8 and Jesus’ saying on casting the first stone:

“He aimed to bring, not only the accused to repentance, by showing her his mercy, but the prosecutors also, by showing them their sins; they thought to insnare him, he sought to convince and convert them. He declined to meddle with the magistrate’s office. Many crimes merit far more severe punishment than they meet with; but we should not leave our own work, to take that upon ourselves to which we are not called. When Christ sent her away, it was with this caution, Go, and sin no more. Those who help to save the life of a criminal, should help to save the soul with the same caution.”

We do have a God of mercy and grace, who gives us many chances. But we also need to remind each other to “go and sin no more.” This becomes difficult when a person has passed, and we can no longer remind them of the truth of Scripture.

It also becomes especially hard when they leave victims in their wake. People still experience the pain of their actions, even after they have passed. By disregarding the struggles of the victims, we risk failing our calling in Micah 6:8. To not only love mercy but do justice. To help the victims in the difficult and arduous healing process. And to not allow their voices to disappear as well.

Imagine if Hagar or Jacob hadn’t had their pain seen by God when they were wronged.

Hagar says this in reply when God gives her a promise. Genesis 16:13: “She gave this name to the Lord who spoke to her: “You are the God who sees me,” for she said, “I have now seen the One who sees me.”

If we strive to become more like God, we need to see the hurting, the victims, and those in the wake of destruction left behind by Christian leaders who sinned.

This topic is, of course, by no means an easy discussion. After all, we all sin and fall short (Romans 3:23). We may have no idea what consequences will follow our actions.

So, when it comes to Christian leaders who have passed, we may not have a copy-paste solution. Yes, we should remember how they helped so many begin a relationship with Christ. But we should also see those hurt by them and extend the same grace and gentleness to those people as well.

Hope Bolinger is an editor at Crosswalk.com, literary agent at C.Y.L.E., and a graduate of Taylor University’s professional writing program. More than 1,000 of her works have been featured in various publications ranging from Writer’s Digest to Keys for Kids. She has worked for various publishing companies, magazines, newspapers, and literary agencies and has edited the work of authors such as Jerry B. Jenkins and Michelle Medlock Adams. Her modern-day Daniel trilogy released its first two installments with IlluminateYA, and the final one, Vision, releases in August of 2021. She is also the co-author of the Dear Hero duology, which was published by INtense Publications. And her inspirational adult romance Picture Imperfect releases in October of 2021. Find out more about her at her website. Would God Make Me Marry Someone I’m Not Attracted To? 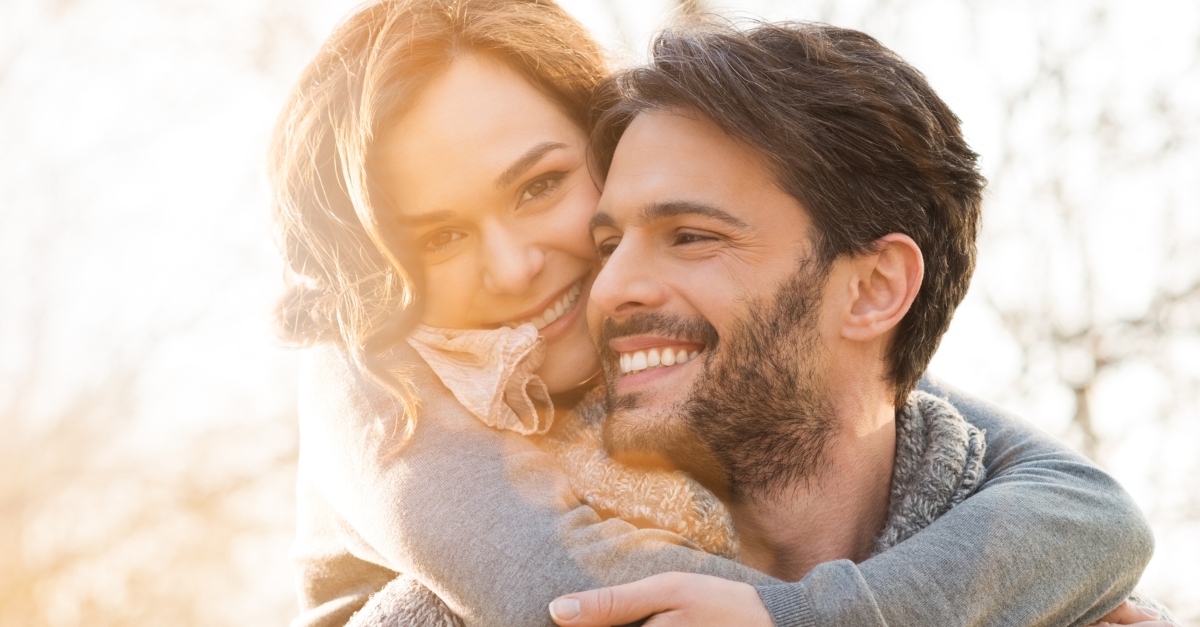 9 Romantic Ways to Get the Quality Time You Need, Even during COVID What Does the Israel Peace Treaty and Third Temple Signify about End Times?