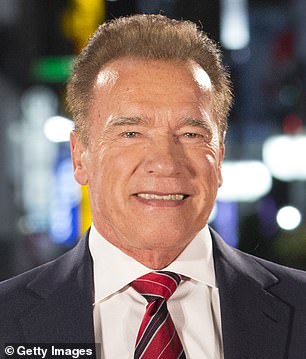 Former Republican California Gov. Arnold Schwarzenegger said January 6 would be ‘Judgment Day’ – the tagline of one of his popular ‘Terminator’ films – blasting lawmakers who plan to vote against President-elect Joe Biden’s win.

‘For those in my party considering standing up against the voters on January 6th, know this: our grandchildren will know your names only as the villains who fought against the great American experiment and the will of the voters,’ Schwarzenegger wrote in an essay for The Economist. ‘You will live in infamy.’

On Wednesday, Vice President Mike Pence will preside over a Congressionl session in which the Electoral College votes are read and counted. 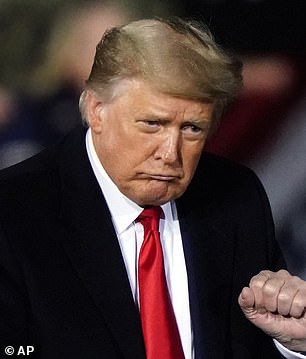 Usually the session is a formality, but Democrats in 2005 and 2017 raised some objections. In those cases, nominees John Kerry and Hillary Clinton weren’t on board.

But President Donald Trump, who has refused to concede the election to Biden, is continuing to push the false narrative that Republican lawmakers and Pence can overrule the results on January 6.

Pence doesn’t have the Constitutional power to do so.

In Congress, while a number of Republicans have said they’d object to certain states’ results, they don’t have the votes to be successful. Additionally, Congress has never thrown out Electoral College votes.

Packs of the president’s supporters were already roaming around downtown D.C. for a protest event by lunchtime Tuesday.

Schwarzenegger called on Republican members of Congress to put an end to the farce.

‘There is no question about who won the presidential election and continuing this charade is stupid, crazy and evil,’ he wrote.

Schwarzenegger talked about his own Austrian upbringing, writing about how the country was in ruins after World War II.

‘Growing up, I was surrounded by broken men drinking away their guilt over their participation in the most evil regime in history,’ he recalled.

‘They were part of a system that murdered 6 million Jews along with at least 5 million other innocent people, tortured and experimented on human beings and started a war that caused 75 million deaths,’ he continued. ‘Not all of them were rabid anti-Semites or Nazis,’ Schwarzenegger observed.

‘Many just went along step by step down the road toward greater and greater evil because it was the easiest path,’ the ex-actor added.

Schwarzenegger said he didn’t believe the U.S. was ‘capable of those depths of evil.’

‘But I do believe we should remember the dire consequences that choosing selfishness and cynicism over service and hope can have,’ he wrote.

He applauded Georgia’s Republican Secretary of State Brad Raffensperger, who stayed firm when the president asked the state’s election officials to ‘find 11,780 votes’ on a Saturday call.

Raffensperger then leaked audio of the call to The Washington Post.

‘If I hadn’t already given Mr. Raffensperger a Democracy Action Hero award last month – which my institute at the University of Southern California hands out to recognise officials who protect American values – I’d be scrambling to honour him now,’ Schwarzenegger said.

‘He is a true hero for standing up to this un-American bulls***,’ he said.

Throughout the essay, the so-called ‘Governator’ played up his Hollywood roots.

He quoted George Washington’s essay – a warning about toxic partisanship.

‘Today he sounds like someone who travelled through time (though I thought that was my thing),’ Schwarzenegger remarked.

That, of course, was a ‘Terminator’ reference.

‘I once did a Terminator film called “Judgment Day,”‘ Schwarzenegger also wrote. ‘That’s just Hollywood. But January 6th is Judgment Day for a lot of politicians.’ 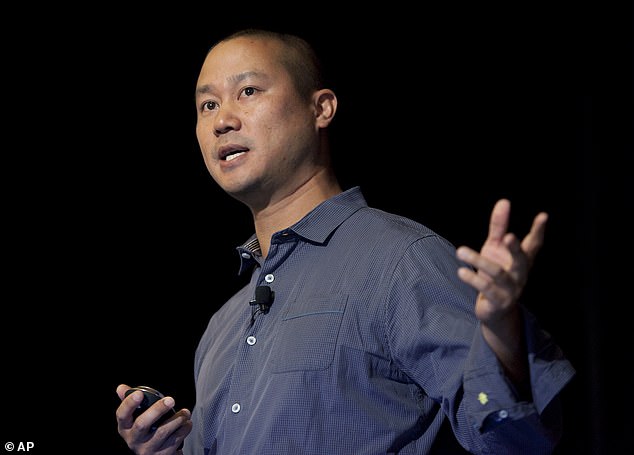 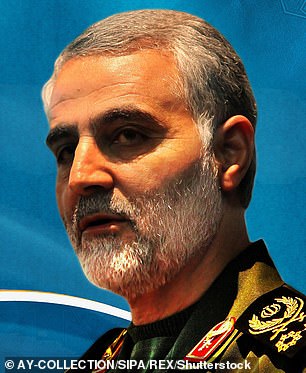