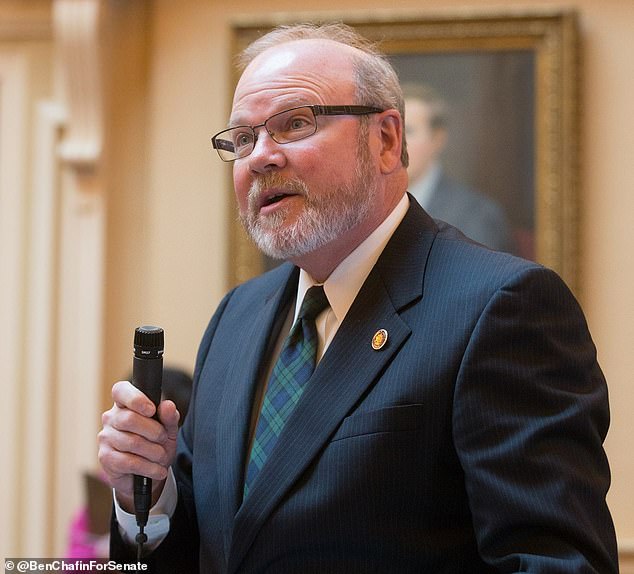 Ben Chafin, a Republican state senator representing southwest Virginia for the past seven years, died on Friday from COVID-19 complications.

The state senator had spent the previous two weeks at the VCU Medical Center Richmond, Virginia, where he was hospitalized with the deadly virus.

His passing was confirmed by his office, WJHL reported.

The 60-year-old leaves behind a wife and three adult children.

‘With the passing of Senator Ben Chafin, Southwest Virginia has lost a strong advocate—and we have all lost a good man,’ Gov. Ralph Northam said in a statement.

‘This is sad news to begin a new year with the loss of a kind and gracious man. May we all recommit to taking extra steps to care for one another.’ 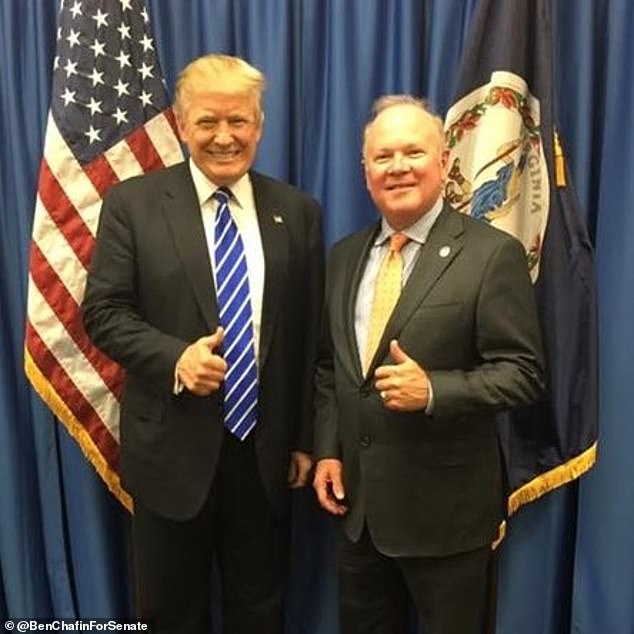 Pictured: Chafin poses for a picture with President Donald Trump during a campaign

Gov. Northam also ordered the state flag to be lowered and flown at half-staff as a tribute to Chafin.

Chafin served as a member of the Virginia House of Delegates in 2013 before moving up to the state senate the following year.

He has represented a district that encompasses Bland, Buchanan, Dickenson, Russell, Tazewell, and Pulaski County, as well as parts of other counties.

‘Senator Ben Chafin was a great legislator as well as a friend,’ tweeted Rep. Morgan Griffith, who serves in the United States House of Representatives. ‘As a native of SWVA, he cared deeply for its people and was a tremendous advocate for them in the state Senate. I will miss this good and dedicated public servant. My prayers are with his wife Lora and his family.’

Terry Gilgore, who serves in Virginia’s House of Delegates, sent his condolences to the family 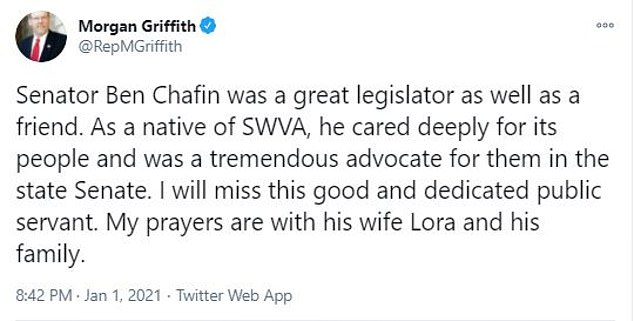 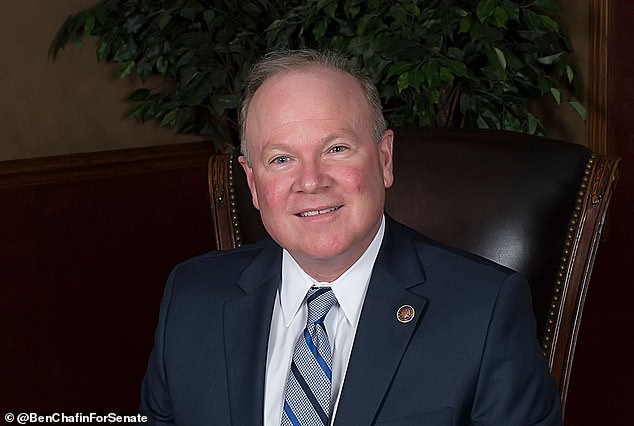 Chafin, who served in the state Senate since 2014, is survived by his wife and three children

‘SWVA has lost a true leader. I am so sorry to lose my friend Senator Ben Chafin. Ben was a strong advocate for SWVA and a great Virginian. Pleas join me in lifting up Ben’s family in your prayers,’ tweeted Terry Gilgore, who serves in Virginia’s House of Delegates.

‘Virginia has lost a great man, and we in the General Assembly have lost a good friend in Senator Ben Chafin. Our prayers are with his family,’ tweeted the Virginia House Republican Caucus.

Prior to going into politics, Chafin worked as both an attorney and farmer, with the Bristol Herald Courier reporting Chafin started the Chafin Law Firm in 1986. 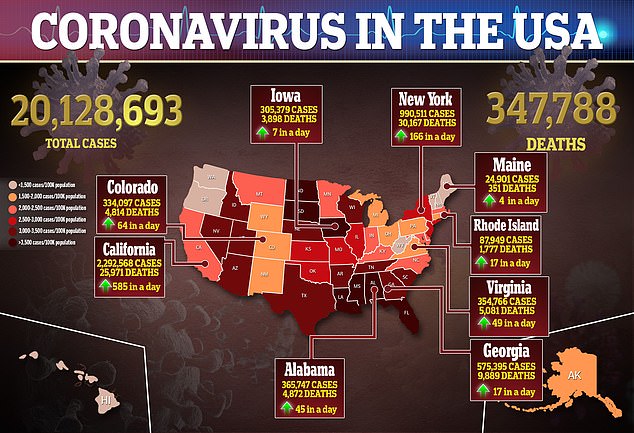 Like the rest of the country, Virginia has seen an uptick in COVID-19 cases in recent weeks

The Virginia Department of Health reports there have been 358,755 cases of coronavirus in the state, including nearly 4,000 new cases reported on New Year’s Day.

Letlow, 41, had undergone surgery for a blood clot before he suffered a heart attack and died Tuesday, it has been revealed.

The Louisiana Republican House Representative-elect was being treated at Ochsner LSU Health in Shreveport, weeks after he spoke at GOP campaign events to maskless crowds.

His death sent shockwaves through the government and the nation given his age and that he had no underlying health conditions, as he became the first federally-elected official to die from the virus.

The United States has now surpassed 20 million total COVID-19 cases, with over 347,000 succumbing to the virus. 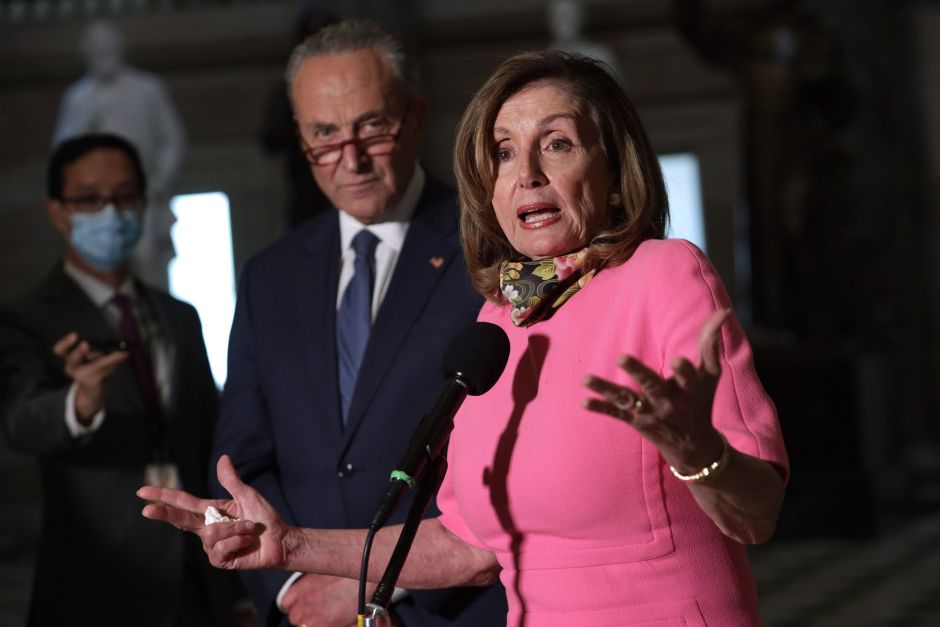