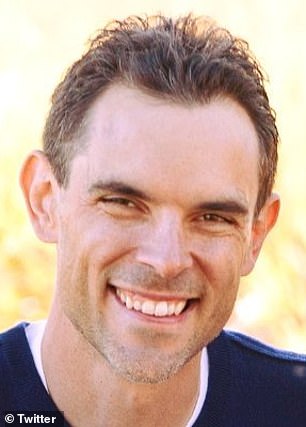 Facebook’s chief of advertising integrity, who handled the company’s ad products around sensitive subjects such as politics and coronavirus misinformation, departed this week, according to an internal company post viewed by Reuters on Friday.

Rob Leathern, director of product management, said earlier this month on Facebook’s internal network that he would be leaving the company on December 30. His exit had not been previously reported.

Facebook did not immediately respond to inquiries from DailyMail.com on Friday regarding his departure.

Leathern said in the internal post that he was ‘leaving Facebook to work on consumer privacy beyond just ads and social media,’ without disclosing where he was headed.

In a series of tweets on Friday, Leathern wrote that at Facebook he’d ‘had a great experience in a difficult, fun, fast-growing and impactful role at the company working with amazing people.’

‘While I’m not going to be working on ads directly, it will be a part of what I work on as I will be staying in the tech/data/privacy space,’ he continued. Leathern said in the internal post that he was ‘leaving Facebook to work on consumer privacy beyond just ads and social media,’ without disclosing where he was headed

Leathern vowed to share more about his next steps in ‘the next week or two.’

He had worked at Facebook since February 2017, according to his LinkedIn page. His prior experience included stints at LinkedIn and a startup he founded.

Prior to the November 3 U.S. election, Facebook was heavily criticized for refusing to fact-check political ads, leading to accusations that it was allowing misleading claims and conspiracy theories to spread widely on its platforms.

In November, Leathern had tweeted that Facebook did not have ‘the technical ability in the short term to enable political ads by state or by advertiser.’

Subsequently, Facebook lifted a temporary post-election ban on political ads in Georgia ahead of the January 5 runoff that will determine which party controls the U.S. Senate.

Asked what had changed since Leathern’s tweet, a Facebook spokeswoman said the company had decided to implement a temporary solution where advertisers could be manually enabled to run ads.

The ban on political ads in other states will remain, the social media giant said in a blog post. A Facebook spokeswoman declined to say when this overall ban would be lifted.

In November, Leathern had tweeted that Facebook did not have ‘the technical ability in the short term to enable political ads by state or by advertiser’ Subsequently, Facebook lifted a temporary post-election ban on political ads in Georgia ahead of the January 5 runoff that will determine which party controls the U.S. Senate

Both Facebook and Google introduced pauses on political ads after the presidential election as part of measures to combat misinformation and other abuses on the sites.

Google lifted its pause last month, saying it no longer considered the post-election period to be a ‘sensitive event.’

Facebook product manager Sarah Schiff wrote in the blog post that the company had heard feedback in recent weeks from ‘experts and advertisers across the political spectrum about the importance of expressing voice and using our tools to reach voters ahead of Georgia’s runoff elections.’

In the blog, Schiff said that Facebook would ‘prioritize onboarding advertisers with direct involvement in these elections, including the campaigns, state and local elections officials, and state and national political parties.’

Leathern leaving the company comes just weeks after Facebook slammed Apple in a series of full-page newspaper advertisements over upcoming iPhone privacy changes that the social media giant says will devastate small businesses that rely on targeted ads – and accused the other tech giant of anti-competitive behavior.

At the crux of the issue is changes to Apple’s iOS 14.4, which will go live next year and require users to give permission in order for apps to track them for advertising purposes.  Facebook says Apple’s own personalized ad platform will be exempt from the new prompt requirement the iPhone maker is planning to impose on other companies.

Facebook has accused Apple of engaging in anti-competitive practices with the changes, which it says will cut small businesses off from desperately needed customers.

But Facebook has also been at the center of major anti-trust lawsuits, including one by the Federal Trade Commission and at lest 48 states.

The FTC accuses the social media giant of abusing its dominance in the marketplace.

‘Facebook’s actions to entrench and maintain its monopoly to deny consumers the benefits of competition. Our aim is to roll back Facebook’s anticompetitive conduct and restore competition so that innovation and free competition can thrive,’ Ian Conner, director of the FTC’s Bureau of Competition, said in a statement.