BREAKING: Oxford and AstraZeneca’s COVID-19 vaccine trials put on a hold after a UK participant had a ‘serious’ suspected reaction to the leading shot candidate

Phase 3 trials for the coronavirus vaccine being developed by Oxford University and AstraZeneca have been placed on a hold after a ‘serious adverse event’ was reported in a participant in the UK, according to Stat News.

Serious adverse events are suspected reactions to vaccines or drugs that require hospitalization, are life-threateningly or deadly.

It’s unclear what the exact nature of the reaction was, but a person familiar with the matter told Stat News that the person is expected to recover.

Trial holds are not uncommon, but it is a blow to worldwide hopes for a shot to be ready in the coming months, as the AstraZeneca shot was considered by many – including the World Health Organization – to be the leading candidate worldwide. 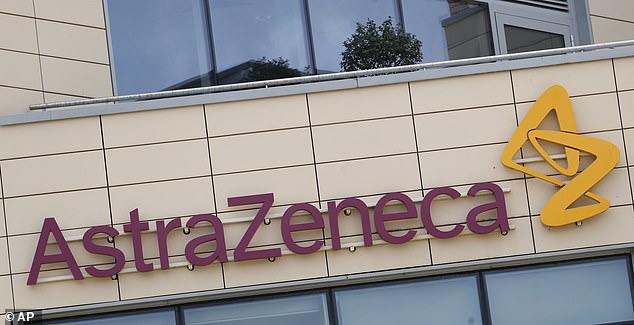 The hold was called after a ‘standard review process triggered a pause to vaccination to allow review of safety data,’ an AstraZeneca spokesperson told Stat.

AstraZeneca’s candidate vaccine is in phase 3 trials – the final stage before safety and efficacy data can be submitted to regulators for approval – at dozens of sites across the US, and around the world.

Along with Pfizer, and Moderna, AstraZeneca and its partner Oxford University had hoped to know whether the shot worked and was safe by year-end,.

While trial holds to review safety data are not necessarily damning, the pause on AstraZeneca’s trial may very well delay the highly-anticipated results and completion of one of the fastest vaccine development pipelines in human history.

Market confidence in the pharmaceutical giant took a hit as soon as reports of the trial hold emerged.

Shares for AstraZeneca plummeted by eight percent in after-hours trading.

The company is in now in mitigation mode to try to stay as close to its trial completion date as possible.

AstraZeneca is ‘working to expedite the review of the single event to minimize any potential impact on the trial timeline,’ the spokesperson told Stat News.

The UK-based firm did not immediately respond to request for comment from DailyMail.com.

Disconcerting though any signs that could suggest potential flaws in a leading vaccine for the disease that’s killed nearly 190,000 Americans is, the move to pause a trial over safety concerns may be reassuring to some.

Hours before the trial was temporarily halted, AstraZeneca and eight other companies working on COVID-19 vaccines signed a pledge to prioritize safety of their shots over speedy development.

They promised to ‘uphold the integrity of the scientific process as they work towards potential global regulatory filings and approvals of the first COVID-19 vaccine.’

The pledge was made in response to growing concerns that governments would press firms and research institutions to rush a vaccine through trials and approval processes in an effort to bolster political capital and restore normalcy amid the pandemic. How you should prepare daily coffee to help prolong your life, according to science | The State