A U.S. army veteran blown up on his fourth tour of Iraq has asked critics of Donald Trump to stop using his likeness to illustrate the president’s reported comments about ‘losers’ and ‘suckers’.

Bobby Henline, who spent 13 years in the army, was the only survivor of five soldiers whose vehicle went over an IED in April 2007.

Henline, 49, suffered burns on 40 per cent of his body, and his head was burned down to the skull. He now works as a comedian and motivational speaker. 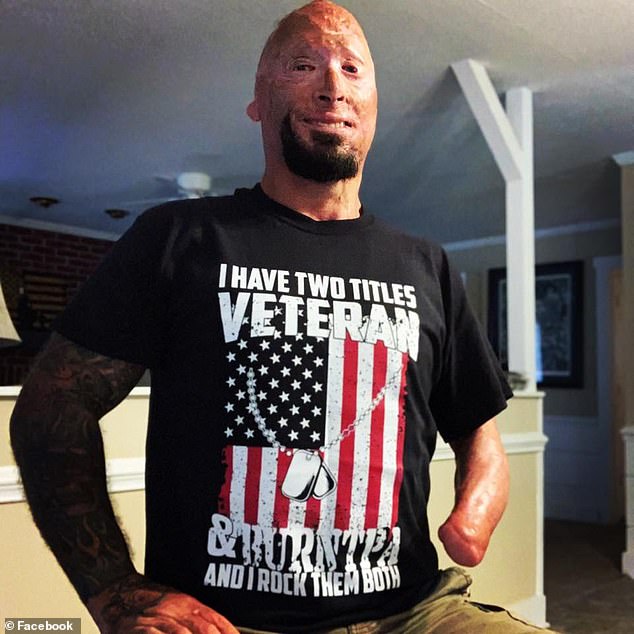 Bobby Henline, 49, has objected to Trump critics using his image to discuss the ‘suckers’ story 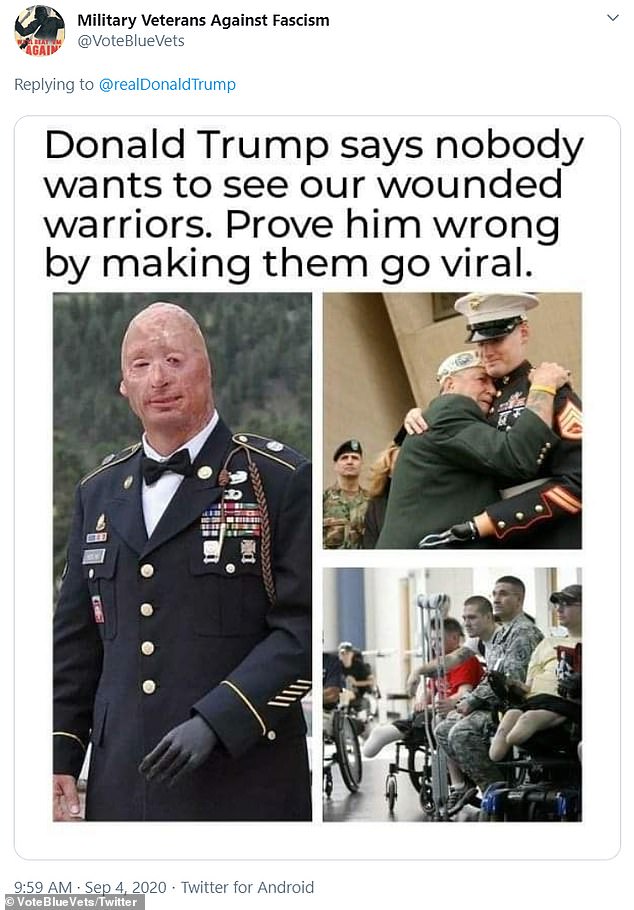 A Facebook group, Military Veterans Against Fascism, is among those to use his photograph 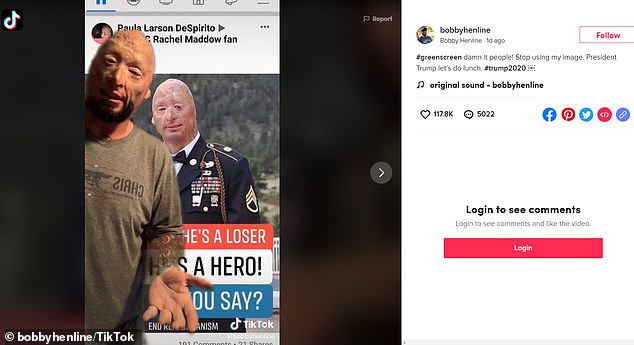 Henline made a TikTok speaking out against the ‘propaganda’, saying: ‘Stop using my image’

But following the controversy of the September 3 Atlantic article, in which Trump was accused of mocking veterans, Henline found his image was being used to illustrate posts about the reported comments.

‘I’m just so irritated that they put my image up there because now it looks like the president called me a loser,’ he told Fox News.

‘And they’re using that to sell something that they believe in for their agenda.

‘It’s not fair to put us [veterans] as props in the middle of all that.’

He said the use of his image was ‘ridiculous’, and said he was convinced Trump did not make the remarks attributed to him.

Trump has denied ever saying the remarks. 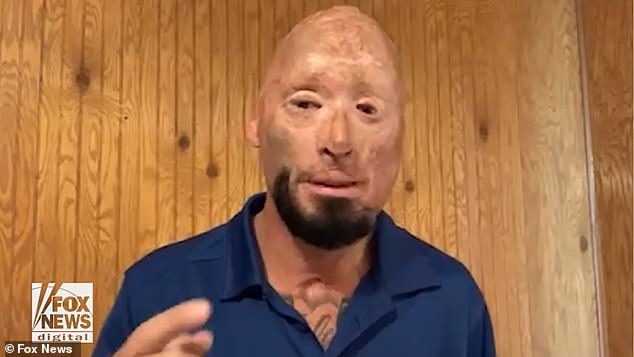 Henline spoke to Fox, saying he didn’t believe the president said the remarks attributed to him 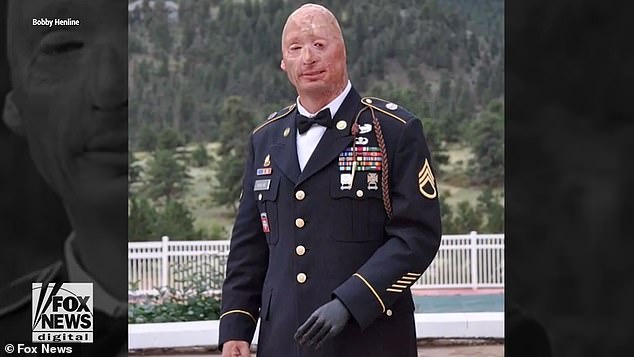 Henline said: ‘That’s my image. And it should not be up there speaking for me’

‘I really believe the president didn’t say this,’ Henline said.

‘Them taking that well-recognized photo and using it for their agenda and changing veterans’ minds, thinking the president talks to them like that is ridiculous.

‘And I believe it worked. And that’s why I want to get it taken down because it shouldn’t be working.

‘People need to hear the truth. That’s my image. And it should not be up there speaking for me,’

Henline said he was irritated at being dragged into the political storm.

‘Go on what you have with facts,’ Henline said.

‘If you don’t have the power to win on your own merits, that you have to tear down your opponent, there is a problem there.’ 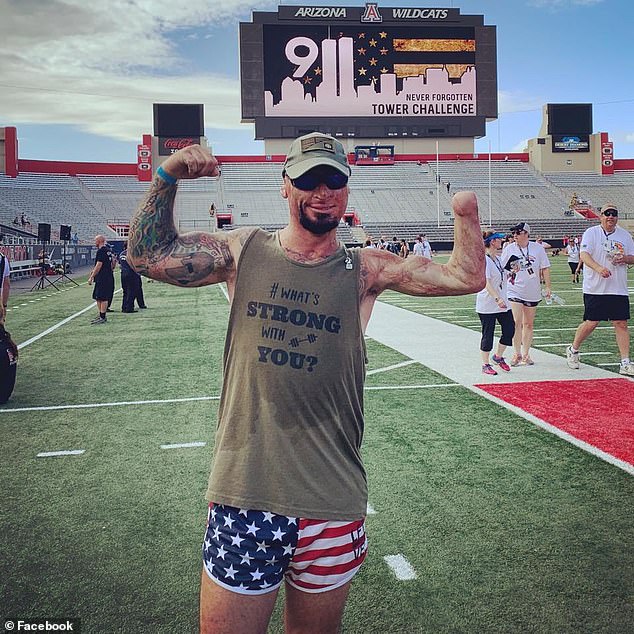 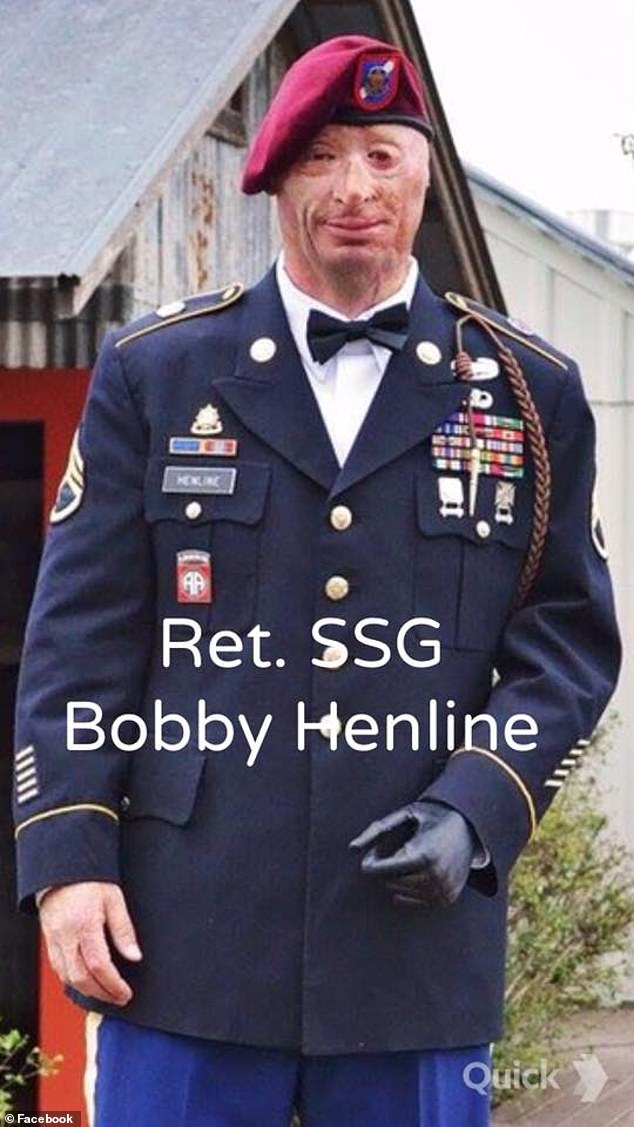 Henline retired, but re-enlisted in the aftermath of the September 11 attacks

The report, published by the Atlantic on Thursday, credits four separate military sources, and claims that Trump cancelled a visit to Aisne-Marne American Cemetery near Paris in November 2018 because he was worried his hair would be disheveled by the rain.

In a conversation with senior staff before the planned visit, Trump reportedly asked aides: ‘Why should I go to that cemetery? It’s filled with losers.’

During the same trip, the president allegedly later referred to the more than 1,800 Marines who lost their lives in the Battle of Belleau Wood in France as ‘suckers’ for getting killed. 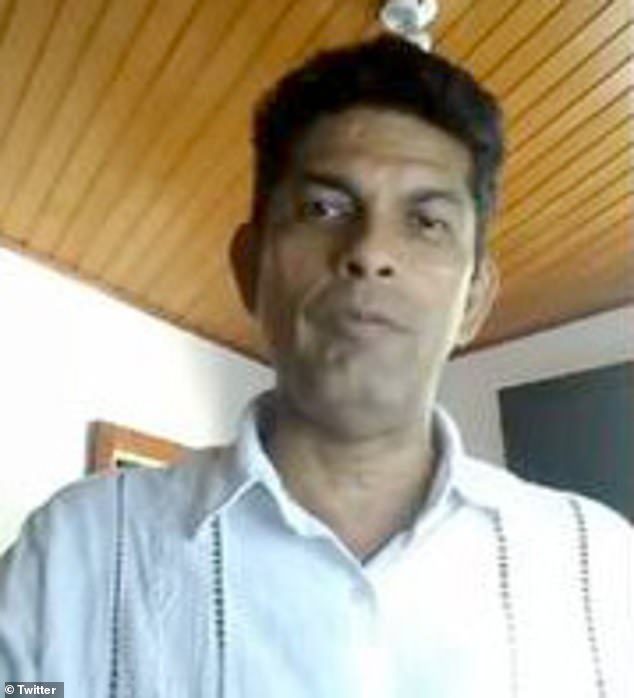