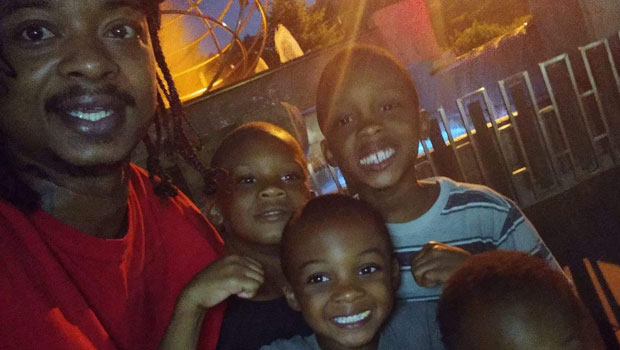 Jacob Blake, a father of three, was shot seven times by police officers in Kenosha, WI, on Sunday, August 23, and has been paralyzed. Here are five things to know about the situation.

UPDATE (8/25/20, 3:30 PM ET): Jacob Blake’s father confirmed that his son is paralyzed after suffering more than five bullet wounds after the August 23 shooting in which two officers shot at Jacob as he opened a driver’s side car door and leaned in, according to the Chicago Sun Times. “I want to put my hand on my son’s cheek and kiss him on his forehead, and then I’ll be OK,” his father, whose name was not given, shared with the outlet. “I’ll kiss him with my mask. The first thing I want to do is touch my son.” Jacob’s father is driving from Charlotte, NC, to be with his son at Froedtert Hospital in Milwaukee, where Jacob was flown following the tragic incident.

ORIGINAL: Cellphone footage capturing the moment a Black man was shot seven times by two police officers in Kenosha County, WI, on August 23, went viral this weekend (watch the clip below with caution, as it is incredibly graphic and disturbing), and as the story develops, more and more is being revealed about the shocking situation. The man, identified by Wisconsin Governor Tony Evers as Jacob Blake on Twitter, remains in critical condition after a confrontation with police, according to CNN. Kenosha officers were called to investigate a domestic incident on Sunday evening, according to police, though it remains unconfirmed if Blake was involved in any incident. In the video, Blake walks around the front of a gray SUV with the two officers behind him. Blake appears unarmed in the video, but as he opens the driver side door of his car and leans in, the nearest officer to him grabs his tank top and seven shots are heard going off.

Following the incident, Attorney Benjamin Crump, who was reportedly hired by the Blake family as their legal representation, shared that Jacob’s three sons, ages 8, 5, and 3, per CNN, were in the vehicle at the time of the shooting. Crump also alleges that Blake was ‘breaking up a fight between two women’ when the police arrived. The Kenosha County Police Department has yet to provide details on witnesses present at the time.

After the shooting, police reportedly provided medical aid to Jacob before he was flown to Froedtert Hospital in Milwaukee, according to CNN. The 29-year-old was taken into surgery upon arrival and is currently in stable condition, per NBC News. After citizens saw the event unfold in the video, which was circulated on social media, protests began in the Wisconsin county that lasted into the night and saw damage done to vehicles, windows, and the county courthouse.

On the morning of August 24, Democratic Presidential Nominee Joe Biden released a passionate, sorrowful statement regarding the tragic event. “Yesterday in Kenosha, Wisconsin, Jacob Blake was shot seven times in the back as police attempted to restrain him from getting into his car. His children watched from inside the car and bystanders watched in disbelief,” he wrote in a statement. “And this morning, the nation wakes up yet again with grief and outrage that yet another Black American is a victim of excessive force. This calls for an immediate, full and transparent investigation and the officers must be held accountable.” Biden went on to say that he and his wife, Dr. Jill Biden, “pray for Jacob’s recovery and for his children.”

Yesterday, Jacob Blake was shot seven times in the back by police. His kids watched from the car. Today, we woke to grieve yet again.

We need a full and transparent investigation. https://t.co/9X7l25nq8d

The presidential hopeful also offered a piercing observation regarding the treatment of Black citizens in the United States, writing, “Equal justice has not been real for Black Americans and so many others. We are at an inflection point. We must dismantle systemic racism. It is the urgent task before us. We must fight to honor the ideals laid in the original American promise, which we are yet to attain: That all men and women are created equal, but more importantly that they must be treated equally.” As these events continue to unfold, here are five facts you should know about Jacob Blake.

1) Governor Tony Evers Vows To ‘Demand Justice’ For Jacob Blake. At 11:35 pm ET on August 23, Governor Tony Evers took to Twitter to reveal some of the details of the case, identifying the man as Jacob Blake and sending his earnest hope that he would “not succumb to his injuries.” He also made a statement on August 23 regarding the state of police brutality in America: “While we do not have all of the details yet, what we know for certain is that he is not the first Black man or person to have been shot or injured or mercilessly killed at the hands of individuals in law enforcement in our state or our country,” he shared, adding, “We stand with all those who have and continue to demand justice, equity, and accountability for Black lives in our country—lives like those of George Floyd, of Breonna Taylor, Tony Robinson, Dontre Hamilton, Ernest Lacy, and Sylville Smith.”

Tonight, Jacob Blake was shot in the back multiple times, in broad daylight, in Kenosha, Wisconsin. Kathy and I join his family, friends, and neighbors in hoping earnestly that he will not succumb to his injuries.

2) Attorney Benjamin Crump alleged that Jacob’s sons were in the vehicle. Benjamin Crump, who is reportedly serving as the attorney for George Floyd‘s family, was contacted by Jacob Blake’s loved ones for legal representation and counsel. Crump took to Twitter, alleging that Jacob’s three sons were in the car at the time of the shooting. “Jacob Blake’s 3 SONS were IN THE CAR he was getting into when [Kenosha Police] shot him tonight. They saw a cop shoot their father,” he tweeted on August 23 at 11:44 pm ET. “They will be traumatized forever. We cannot let officers violate their duty to PROTECT us. Our kids deserve better!!” This information is according to the attorney as well as Jacob’s family members, including Laquisha Booker, who identified herself as Jacob’s fiancée in the news clip from above from TMJ4 in Milwaukee.

Crump also gave a more detailed statement and account from the Blake family. “We all watched the horrific video of Jacob Blake being shot in the back several times by Kenosha police. Even worse, his three sons witnessed their father collapse after being riddled with bullets. Their irresponsible, reckless, and inhumane actions nearly cost the life of a man who was simply trying to do the right thing by intervening in a domestic incident. It’s a miracle he’s still alive,” his official statement from his law office read. “We will seek justice for Jacob Blake and for his family as we demand answers from the Kenosha Police Department. How many more of these tragic “while Black” tragedies will it take until the racial profiling and undervaluing of Black lives by the police finally stops?”

3) The graphic video is spurring outrage. In the now-viral video of the incident, a Black man (Jacob Blake) is seen walking away from two officers in the direction of his vehicle. As the man opens the driver’s side door and leans in, at least seven gunshots can be heard. Jacob Blake was identified as the man in the violent, graphic video, and his three children were allegedly in the car during the incident, according to the family attorney and Jacob’s loved ones.

Confirmed: Jacob Blake’s 3 SONS were IN THE CAR he was getting into when @KenoshaPolice shot him tonight. They saw a cop shoot their father. They will be traumatized forever. We cannot let officers violate their duty to PROTECT us. Our kids deserve better!! #JusticeForJacobBlake

4) The shooting sparked protests in Kenosha County. Much like the protests that occurred decrying police brutality after the death of George Floyd, demonstrations in Kenosha County erupted over night. As a result, a curfew was implemented by the county and as of Monday, August 24, the county courthouse remains closed after sustaining damage with officers lining the exterior. The protests come over three months after George’s murder in Minneapolis, where disgraced officer Derek Chauvin was seen kneeling on George’s neck for eight minutes and 46 seconds. Peaceful protests and demonstrations standing in solidarity with the Black Lives Matter movement, some of which you can see here, spread across the globe. Outlets such as The Daily Beast observed that the demonstrations may be the largest in the United States’ history.

5) Many are taking to Twitter asking people not to circulate the graphic video. A number of citizens took to social media asking that no one resurface the traumatizing video. “I wish Twitter would wipe away any videos containing the murders of Black people,” one Twitter user shared. “Instead of sharing another video of another black man being shot by the state, please share this,” another citizen tweeted with a photo of Jacob and his three sons. “Praying for Jacob Blake’s survival and his family. These children define him, not the Kenosha police.” Another person aptly tweeted, “White people have no idea how much trauma it causes to see my whole feed filled with them reposting a Black person being lynched by police and then having to go out into the world as a Black person.”

HollywoodLife encourages its readership to seek out these resources to donate, volunteer, and stand in solidarity with the Black Lives Matter movement and end systemic racism.

‘The Bachelorette’: [SPOILER] Dumps Tayshia & Leaves After Getting Cold Feet About Proposing