The one-two punch of 9-1-1 and 9-1-1: Lone Star makes for must-see Monday night TV. Season 2 of 9-1-1: Lone Star premieres Jan. 18, and HollywoodLife got the EXCLUSIVE scoop from Ronen Rubinstein about what’s ahead for T.K. Get ready for lots of T.K. and Carlos relationship goodness in season 2.

Ronen revealed that T.K. and Carlos will be taking a big step in their relationship when T.K. meets Carlos’s parents in season 2. He also teased the upcoming volcano that T.K., Owen, and the rest of the crew will have to battle, as well as T.K.’s relationship with this mother. The highly-anticipated 9-1-1 and 9-1-1: Lone Star crossover is coming up, and Ronen revealed there are “interesting dynamics” between Buck and T.K. Read our full interview below:

How is T.K. doing in season 2 when the show picks up? Where is he at mentally after getting shot at the end of last season and figuring out what he wants to do with his life?
Ronen Rubinstein: I think relatively T.K.’s doing pretty great. It’s funny, literally minutes before this phone call, they just dropped a huge Tarlos promo on Instagram. So that should give you a pretty good idea of how T.K. is doing. But I think he’s pretty happy. He’s definitely happy with Carlos. He is definitely relieved that his dad’s treatments are getting better. I think the big thing in episode 10 was him realizing that this is his calling and that he truly wants to be here and to be a first responder and to be with his crew. So I think he’s really comfortable in his own skin for the first time in a very long time.

We have to talk about Tarlos. We saw their relationship blossom over the course of that first season. What can you tease about their journey this season and their next steps?
Ronen Rubinstein: They’re officially 100 percent a couple. They are very much there for each other. They are going to go through a lot together, both on the job and off the job. I meet Carlos’s parents, which is amazing. I know that was a big thing that everyone was hoping for and what we were hoping for. Personally, as a fan of the show, I really want to know more about Carlos and his backstory. So I’m really glad that we’re bringing the parents in. He meets my mom and, obviously, Owen is very familiar with Carlos and likes him very much. I think we’re past the honeymoon phase of a relationship, and we’re very much in the swing of things. They’re just a really sweet, caring couple, at least in the beginning of the show. I don’t know very much going past that.

You brought up T.K.’s mom, who is played by the amazing Lisa Edelstein. What is T.K.’s relationship like with his mother?
Ronen Rubinstein: It’s amazing. There’s definitely a distinct relationship between her and how T.K. is with Owen. They’re both very comfortable, very loving. I was always wondering last season if there was going to be a really distinct difference between them. But it seems to be that his mom is just as supportive and just as loving as Owen. It seems to be that the divorce didn’t really affect them in a negative way. I think that’s why that storyline of T.K.’s mom and dad getting sort of back together is going to work because there was never any bad blood.

So T.K. would be all on board for them to get back together?
Ronen Rubinstein: We’ll see. That’s actually something that we’re definitely going to explore. It’s a little weird because they haven’t been together in a very long time, and T.K. is very much an adult now. But I think at the end of the day, he just wants them to be happy. If they can make it work, I think he supports whatever decision they make.

We see in the promos that there’s going to be a volcano in Austin. What else can you tease about the cases and life-altering events the crew will face in season 2?
Ronen Rubinstein: This show is so big and exciting. They really did not hold back this season. I’m so relieved that with COVID and everything affecting productions that they did not hold back. We literally see the volcano I think at the end of the first episode, so everything starts very fast. We lose a member very, very quickly, as well. The fans are definitely not going to be disappointed. If anything, they are continuing the momentum that we had last season. It seems like we’re only getting bigger. The rescues are only getting bigger and more complex.

There is a 9-1-1 and 9-1-1: Lone Star crossover coming up. Who is T.K. going to get along with when it comes to the LA squad?
Ronen Rubinstein: The crossover will be episode 3. It’s going to premiere on February 1. With the release of a very specific photo, I think people could sort of insinuate that T.K. and Buck are going to have a storyline. It’s going to be one hell of a storyline. I’m very, very, very glad they put T.K. and Buck together. There are very interesting dynamics to explore, and I think people will be very, very excited about that.

Gina Torres has joined the show in season 2. How is her character going to shake things up?
Ronen Rubinstein: She adds such an epic dynamic to the show. We’re going to see that Tommy is very much a badass. She’s probably the best at what she does. She’s going to be an incredible addition to the team, and she’ll also have a very exciting storyline of her own. We’re going to explore her trouble with her family and dealing with COVID and having to go back into the workforce. I think she was retired before we see her. There’s so much interesting stuff to explore with Gina and, again, as an actress, it’s just another incredible veteran on set. It makes work so much more fun and so much more exhilarating and productive.

How does Lone Star deal with COVID?
Ronen Rubinstein: We’re very much in it. I think the writers were trying to be a little hopeful. You’ll notice in some scenes for indoors some people will have masks and some people won’t. I think the writers are sort of insinuating that it’s a little better than what it is right now. We didn’t want to completely abandon it because I just don’t think it would be the right thing to do, especially because it’s something that everybody’s dealing with, especially first responders. So I think it was the respectful thing to do. But I do think they were being a little bit optimistic as to the situation, at least in Austin. I hope we can get to that point soon. But we’re definitely in it, that’s for sure. 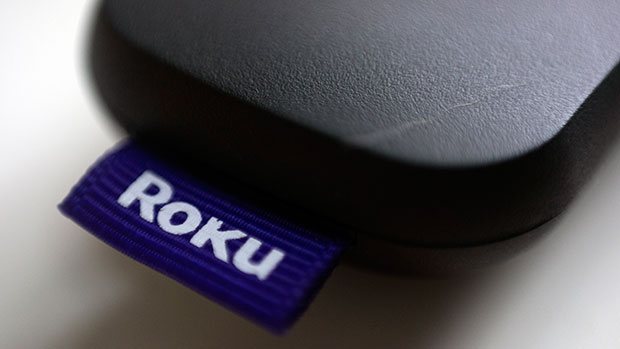 Melissa Gorga, 41, Rocks Glittery Multi-Colored Dress While Joking About How ‘Unapproachable’ She Is