New Delhi: Smartphone company Tecno has launched another cheap smartphone Tecno Spark 6 Air in India. The price of this phone is only 7,999 rupees, despite its features are given in the phone. You can buy the phone from 6 August. It can be purchased on Amazon.

Tecno Spark 6 Air has a 7-inch HD + display, which has a resolution of 1640×720 pixels. Waterdrop notch is provided for the front camera in the display. This phone works on Android 10. This phone of Techno has been launched in the same variant 2GB RAM + 32GB storage. Also, microSD card support has been provided to increase storage. It has a MediaTek Helio A22 processor. 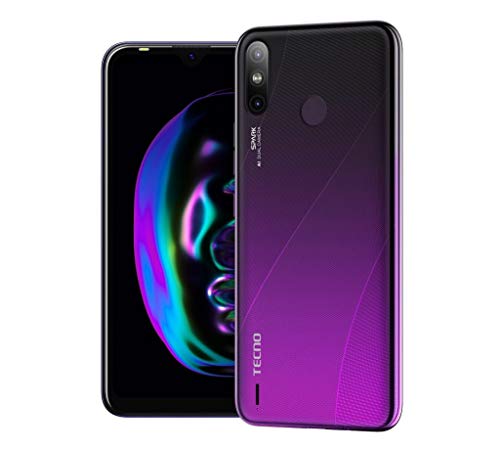 Techno Spark 6 Air has a triple rear camera setup for photography. Its rear camera has a 13-megapixel primary sensor with f / 1.8 aperture and a 2-megapixel secondary sensor. At the same time, an 8-megapixel camera has been given in this phone for selfie. This smartphone is available in two color options – Commit Black and Ocean Blue.

Talking about the battery, a powerful battery of 6000mAh has been given in the phone. For connectivity, features like Dual 4G LTE support, Wi-Fi, Bluetooth, GPS and Micro USB port have been provided in this phone. Earlier, the company launched the Techno Spark 2 smartphone with a 6000mAh battery in India. The company launched it in the segment of less than Rs 10,000.

Tecno Spark 6 Air will compete with Realme C11 in the market. Realme’s new C11 smartphone has a 6.5-inch HD Plus Waterdrop Notch display, its resolution is 720×1600 pixels. For performance, this phone has a MediaTek Helio G35 octa-core processor. This is a basic processor that is seen in budget segment smartphones. For power, this phone has a 5000mAh battery. With the help of micro SD card, the internal storage of the phone can be increased to 256GB.

For connectivity, it has features such as 4G, VoLTE, Wi-Fi, Bluetooth v5.0, GPS, 3.5mm headphone jack and micro USB port. The special thing is that this phone supports revert charging, that is, you can also charge other phones from this phone. The phone costs Rs 7,499.

Serenity Prayer : Miracles Do Come True with Prayer of Serenity

Serenity Prayer : Miracles Do Come True with Prayer of Serenity

Florida officer feared for life before shooting, killing suspect who was choking her: sheriff