The BJP had seven MPs elected unopposed in March and three in the last two days; one from Arunachal Pradesh and two from Karnataka, while Congress won five unopposed

Ending a saga of resort politics, defections and resignations, the Rajya Sabha elections on Friday left the ruling BJP with an increased tally in the Upper House but still short of a majority on its own, and added political heavyweights to the Opposition ranks.

In elections to 19 seats in 10 states, BJP won eight and Congress four. With this, the current strength of Rajya Sabha will go up to 244, of which BJP has 86 members — increasing its tally from 75 — and the NDA’s tally is expected to cross 100. The Congress has 41 while others have 27.

Against the 61 vacancies in 20 states, 42 were already elected unopposed. The BJP had seven MPs elected unopposed in March and three in the last two days; one from Arunachal Pradesh and two from Karnataka, while Congress won five unopposed

With Friday’s results, the BJP has cemented its lead in the Rajya Sabha, where it had initially struggled to get its preferred Bills passed since 2014.

While the BJP will now have Jyotiraditya Scindia with it in the treasury benches, the Opposition side will have

BJP leaders said the balance of power, which had already been tilted towards the ruling coalition side, has become clear now.

“We welcome the election results and with the support of the council of states, we will strengthen the democratic roots of the country,” senior BJP leader and Rajya Sabha MP Bhupender Yadav told .He said that all major policy decisions like GST were taken with consensus, but more numbers would mean “a stronger democratic participation”.

From the opposition benches, TMC retained their four seats, NCP its two seats, RJD got two and Shiv Sena one.

In states like Gujarat and Madhya Pradesh, the BJP further consolidated its position. In Madhya Pradesh, where the defection of Scindia with other MLAs into the BJP led to the fall of the Congress government in March, the BJP managed to win two seats, including Scindia’s. Congress veteran Digvijaya won from the state with the highest number of first preferential votes.

In Gujarat, since the Rajya Sabha polls were announced, the Congress saw the exit of eight of its MLAs. It cost the Congress one Rajya Sabha seat. The BJP, which had adequate numbers to win two seats, managed to win three of the four seats for which elections were held.

In Congress-ruled Rajasthan, the Congress retained its two seats and the BJP one. In Jharkhand the BJP and JMM won one seat each. The BJP won Manipur’s lone Rajya Sabha seat. 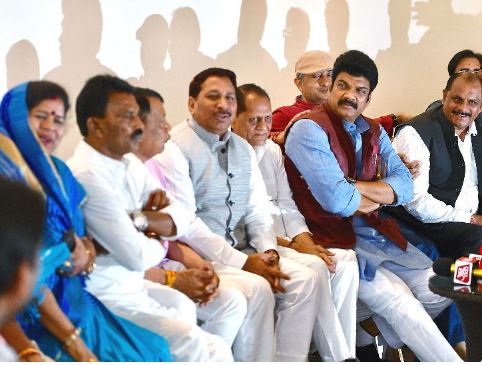