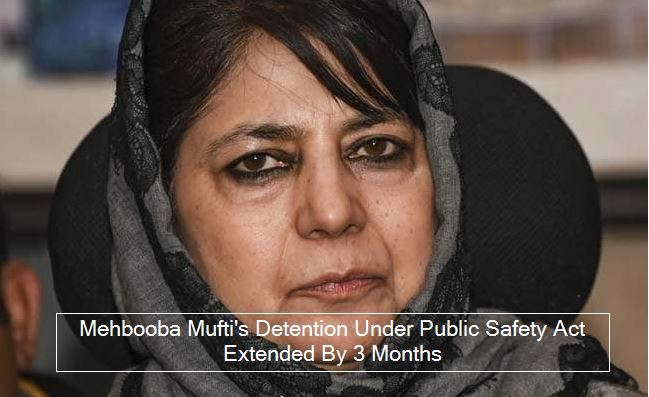 Mehbooba Mufti has been under detention at her house in Srinagar since April, which has been accorded the status of a make-shift jail by the government.

Former Jammu and Kashmir chief minister Mehbooba Mufti, under detention since August 5 last year, has been booked under the stringent Public Safety Act for another three months.

She has been shifted and detained at her home for the last one month after her residence was notified as a subsidiary jail. With this extension, the Peoples Democratic Party chief would have spent a year in detention before it comes up for review again in August.

The detention under PSA has also been extended against two other leaders, Ali Mohammd Sagar of National Conference and Sartaj Madani of the PDP. Several other leaders including Shah Faesal, Naeem Akhtar and Hilal Akbar Lone were also detained under PSA.

Under the act, the person can be detained multiple times without any trial. Amnesty International has termed PSA as a lawless law which was often being used against separatists, terrorists and any potential troublemaker in Kashmir.

Ms Mufti, 60, was detained along with National Conference leader Omar Abdullah, his father Farooq Abdullah and hundreds of politicians when the government ended special status to the former state of Jammu and Kashmir and split it into two union territories. The centre had called it a preventive measure for possible backlash against the move.

Omar Abdullah, who was released from detention in the last week of March, just hours before Prime Minister Narendra Modi announced a 21-day lockdown in the country in an effort to break the chain of the virus transmission through social distancing, called the extension of Ms Mufti’s extension “unbelievably cruel and retrograde”.

“Unbelievably cruel and retrograde decision to extend Mehbooba Mufti’s detention. Nothing she has done or said in any way justifies the way the Indian state has treated her and the others detained,” he tweeted.

“For a government that is making tall claims about normality in J&K the last few days coupled with the extension of Ms Mufti’s detention is proof enough that Modi ji has single-handedly pushed J&K back decades,” he added.

Two weeks before Omar Abdullah, his father and former J&K chief minister Farooq Abdullah – who was under house arrest since August – too was released. 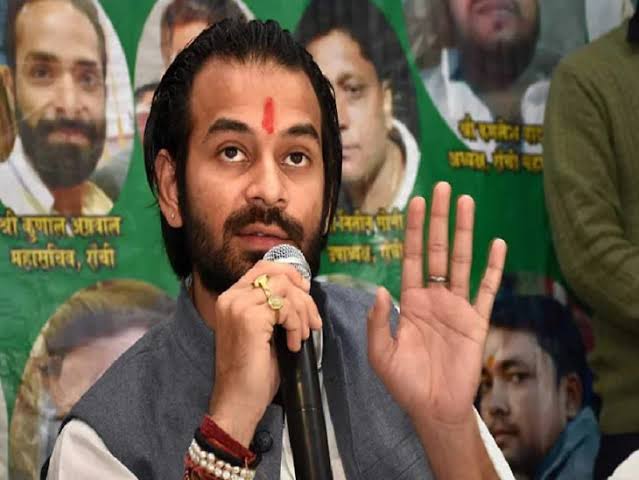