Life Mantra Desk. Holi festival starts in all the temples and villages of Braj with the fall of Holi on the Basant Panchami in Braj. It lasts for 40 days, but especially the Holi festival starts from Falgun Shuklapaksha Ashtami i.e. Laddoo Phek Holi. It is this time on 3 March. The festival of Holi is celebrated with great pomp in Gokul, Vrindavan and Mathura. Here Holi with ladoos, flowers and sticks is also celebrated before the colored Holi. After this, Lathmar Holi is organized in Barsane and Nandgaon. Devotees from across the country and around the world come to attend the Holi programs of Braj.

Holi of Gulal starts from Vasant Panchami as per tradition in Banke Bihari temple. Holi song programs are organized in the morning and evening as per tradition at Banke Bihari temple during this festival which begins 40 days ago. The temple priests spray gulal on the devotees as prasad after offering gulal to the Lord every day. For this, only natural colors are used, which are prepared with the help of flowers.

Laddu Holi begins with Ladli temple. Devotees of Radha-Krishna, who come from abroad and abroad, fight each other and make abir-gulal. It is believed that Laddu’s tradition of playing Holi is associated with Krishna’s childhood. It is said that when Lord Sri Krishna and the Sakhas of Nanda village accepted the invitation to play Holi in Barsana, Laddu’s Holi was played there in joy. The same tradition continues today. Under this tradition, devotees first throw laddus at the priests of the Radha Rani temple and then throw the laddoos brought with them to each other. They make a dance and sing Gulal.

Lathmar Holi will be played on March 4 in Barsane and March 5 in Nandgaon. Sakha comes to rain from Nandgaon and the gopis of Barsane show them sticks. Apart from Barsana, Lathmar Holi is played in Mathura, Vrindavan, Nandgaon. The gopis of Barsane i.e. women beat the Sakhas with sticks with love and Sakha tries to avoid them. During this, Gulal-Abir is flown. The next day the rainbows go to play Holi with the women of Vrindavan. Such holi are played in the temples of Barsane and Vrindavan. The specialty of this Holi is that it lathi sticks on people who come from other villages. Lathis are not used on their villagers.

Holi of flowers in Vrindavan on 6 March

Holi of flowers is played on Rangbharni Ekadashi in Banke Bihari temple. It lasts only for 15 to 20 minutes. In this Holi, the priests shower flowers on the devotees as soon as the doors of the Banke Bihari temple are opened. Flowers are sought in large quantities for this Holi, especially from Kolkata and elsewhere. For the color with which Lord Banke Bihari plays Holi, the color is prepared from dried flowers more than a quintal. First of all there is a decoration of color on God. After this, the petals and colors of fragrant flowers like marigold, rose, Rajnigandha are showered on the devotees.

Gokul is the city of Balakrishna. Here their child form is given more importance. Hence, sticking Holi is played in Gokul, remembering the mischief of Shri Krishna’s childhood. Here the famous stickmar Holi is played on Falgun Shuklapaks Dwadashi. In which the gopis do not have a stick in their hands, but the gopis, and the gopis shower sticks on the ears who come to play Holi. According to the belief, Balakrishna does not get hurt by sticks, so there is a tradition of playing Holi with a stick.

Holi in Gokul starts from Dwadashi and continues till Dhulendi. Actually, Krishna-Balarama played Holi here with the Gwalas and the Gopis. It is said that during this time, Lord Krishna used to go out on Dwadashi one day and play Holi. Holi is played in the temple in Gokul for the rest of the day.

On 8 March, for 3 days color Holi is played from Chaturdashi. This festival of colors is also celebrated in temples. Apart from the colors of dried flowers, Abir, Gulal and other colors are also blown in it. At Holika Dahan in the Fallen village of Braj, the priest emerges from the middle of a burning Holi barefoot without clothes. In this way the Holi festival of Braj is celebrated. 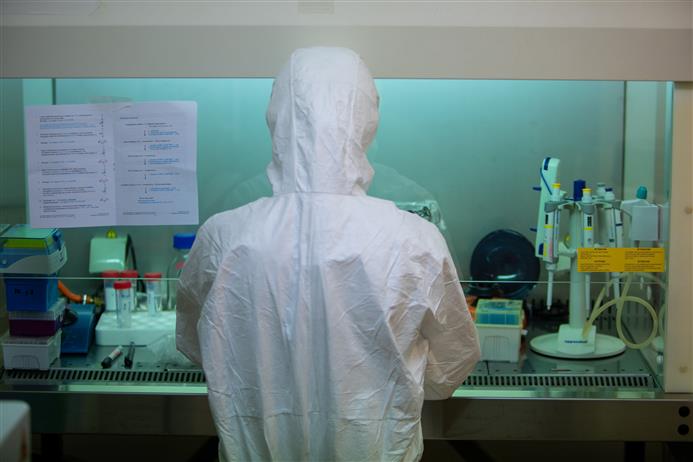 Every 250th person on Earth now infected with coronavirus