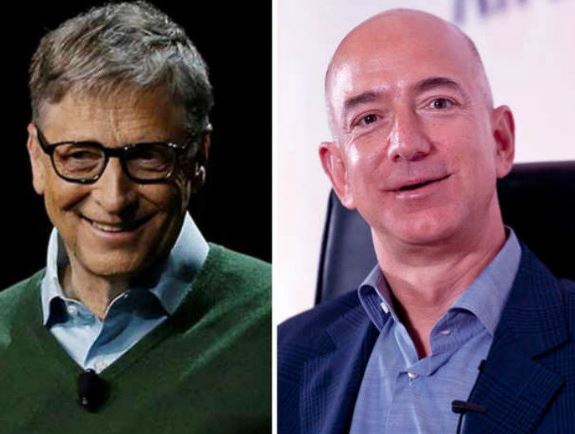 new Delhi. After China, the corona virus spread in more than half the world, is also being hit on the rich around the world. In fact, due to the Corona virus, there is a historical decline in the stock markets all over the world. Due to this, the rich around the world have also reduced their net worth. According to the Bloomberg Billionaires Index, the net worth of the world’s 500 richest people decreased by $ 444 billion, or about 32 lakh crore, in the last five business days of the week.

Net worth of world’s top-3 rich decreased by 2.16 lakh crore

Last week, the world’s three richest individuals, Amazon.com founder Jeff Bezos, Microsoft co-founder Bill Gates and LVMH chairman Bernard Arnault, reported net worth of $ 30 billion, or $ 2.16 lakh crore, according to the Bloomberg Billionaires Index. Has been. The net worth of the world’s 10 biggest rich people due to Corona virus has been reduced by Rs 5.81 lakh crore last week. The special thing is that the 10 big rich who have decreased in net worth are all foreigners. More than 80 percent of Bloomberg wealth ranking billionaires have hit the red mark this year. Most of these businesses have been affected by the corona virus. Mickey Arison, chairman of the stranded cruise company Carnival Corporation in Japan, also reported a decrease in net worth by $ 1 billion, or about Rs 7,000 crore last week. Five people have died on this ship due to Corona virus.

This loss is more than the general budget of India

The 135-year-old Dow Jones Industrial Average Index (DJI) of the US, due to Corona virus, recorded a fall of 1190 points on Friday and closed at a level of 25,766. Market experts are describing this as a historic decline. Experts say that this is a decline in 2008 in the US markets. In 2008, the US economy was shattered by persistent negative GDP figures and giants such as Lehman Brothers, Merlinch, Bank of America were trapped and locks were opened in 63 banks in the US. The Dow Jones fell from the 14164-point level of 9 October 2007 to 6,594 on 5 March 2009, in a period of recession that lasted nearly 17 months.

Death toll from coronavirus in China is 2,835

The number of deaths due to coronavirus outbreaks in China has risen to 2,835, while the number of confirmed cases has risen to 79,251. Health officials gave this information on Saturday. Chinese health officials said they received 427 new confirmed cases of coronovirus infection and 47 deaths in China on Friday, according to Xinhua. According to the National Health Commission, 45 have died in Hubei Province, one each in Beijing and Henan. The commission said 248 new suspected cases were reported on Friday. Sexy : These married heroines have hide marriage for their careers, some even have children