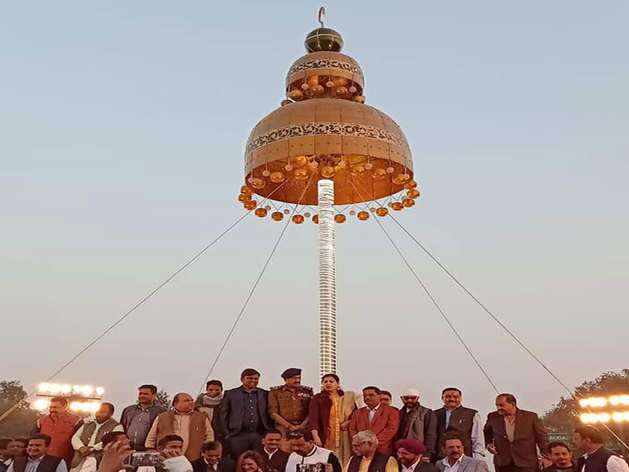 Bareilly:  Bareilly shot to fame in 1966 when the late Bollywood actress Sadhana danced to the song Jhumka gira re, Bareilly ke bazaar mein in the movie Mera Saaya. Finally, after over 53 years, Bareilly will get its ‘jhumka’, a symbolic replica of this piece of jewellery.

The Jhumka that weighs over 200 kilograms was installed on Saturday in the Parsakhera area and is embedded with colorful stones and is embroidered with the city’s famous ‘Zari‘.

Bareilly’s Jhumka – though there is no connection between the city and the piece of jewelry – became a national obsession with the 1966 chart-buster song “Jhumka gira re Bareilly ke bazaar mein“.

The Jhumka connection not only made Bareilly popular, but even today tourists come here look for the Jhumka.

“We have people coming and asking for Jhumkas and we do not have the heart to tell them there Jhumkas in Bareilly are no different from those sold elsewhere. We always keep Jhumkas in different designs because we do not want to disappoint our customers,” said PK Agarwal, a local jeweler.

The Bareilly Development Authority (BDA), meanwhile, conceived the project of installing a jhumka as an attraction for the tourists visiting the city. The project hit roadblock several times before taking a concrete shape.

Inaugurating the jhumka, Union Minister Santosh Gangwar said, “The collaborative effort made by the authority, various organisations and local residents in setting up the ambitious jhumka in Bareilly is commendable. It looks beautiful and unique. Visitors will finally be able to associate the landmark jhumka in Bareilly with the evergreen song.”

The project has cost the BDA around Rs 18 lakh: Rs 8 lakh for the jhumka and Rs 10 lakh for the beautification of the landscape surrounding the main structure.

Notably, no government money was used for the project, even as it faced fund crunch several times, said the BDA officials.

BDA vice-chairperson Divya Mittal said, “The jhumka has been delayed for some unavoidable reasons. The beautiful project is a collaborative effort among Rohilkhand Medical College, Bareilly International University and few other organisations, and local residents, who helped the BDA with funds in giving the shape to the ambitious project that would be considered a landmark.”

The location, design, decoration and several other things were decided by the authority, which employed skilled artisans, who worked diligently ensuring that the Jhumka becomes a major attraction for the tourists. 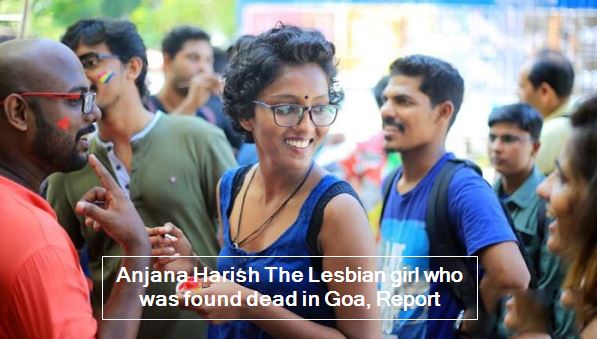 Anjana Harish The Lesbian girl who was found dead in Goa, Report