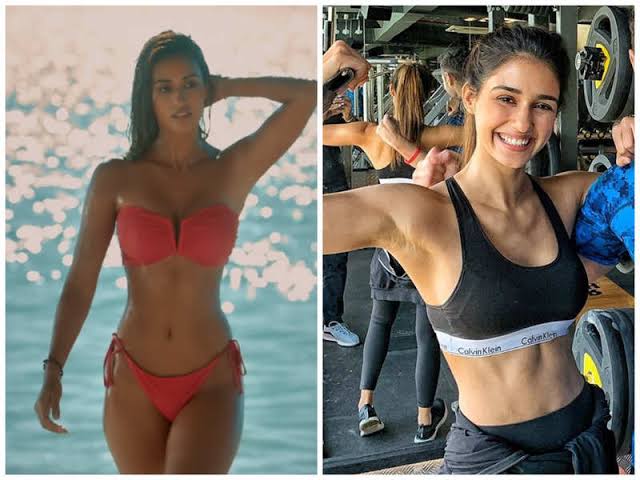 Disha Patani left her fans all impressed with the trailer of her upcoming film ‘Malang’. Directed by Mohit Suri, the film stars Aditya Roy Kapur, Anil Kapoor and Kunal Kemmu in pivotal roles. A few days back, the makers teased the audience with some intriguing character posters and it raised our excitement levels. From Aditya and Disha’s sizzling chemistry to Anil and Kunal’s intense avatar, the trailer has it all.

Apart from Disha’s acting stint, what caught our attention is how she flaunted her fit and well-chiselled body. In her first scene, the actress flaunts her washboard abs in a stunning orange bikini and it will leave you drooling. Her envious figure will make you hit the gym right away. In other to maintain her physique for ‘Malang’, the actress would work out regularly. With her fit and fab bod in the ‘Malang’ trailer, the actress is dolling out major fitness goals to her fans. So we bring you videos of photos of Disha which will give you a sneak-peak into her prep for ‘Malang’. Virat Kohli Explains Perks Of Being Married To Anushka Sharma & It Has A Paatal Lok Connection To It!