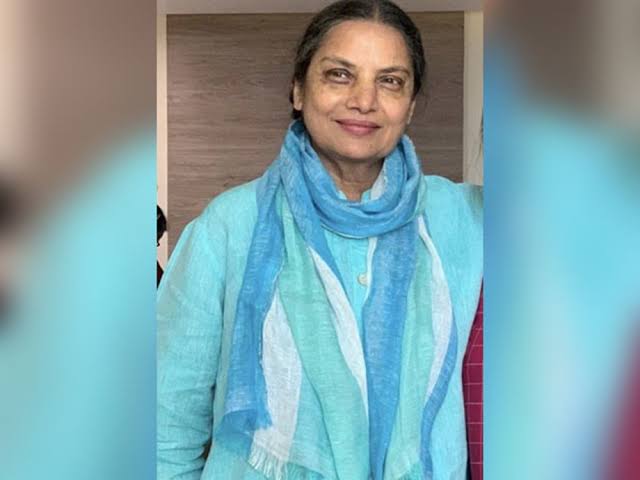 BOLLYWOOD : After being admitted to the Kokilaben Ambani hospital in Mumbai for nearly two weeks, actress Shabana Azmi arrived home on Friday after being discharged. The 69-year-old actress on Saturday thanked those who prayed for her recovery on Twitter. In this tweet, he has specially thanked Tina Ambani and Kokilaben Ambani Hospital.

The actress shared a recent photo of herself, writing, “Thank you for sending my prayers and wishes for my recovery. I am back home. Tina Ambani and Kokilaben Ambani Hospital for the sterling care done by the doctors and nursing staff.” Thank you. I am indebted and grateful. ” Shabana is seen fit in the photo.

Shabana was injured on 18 January

On 18 January, Shabana Azmi’s car collided with a truck on the Mumbai-Pune Expressway near Khalapur in an attempt to overtake the driver. Shabana was injured in the accident and was admitted to MGM Hospital in Panvel. He was then taken to Kokilaben Ambani Hospital in Mumbai. She was hospitalized for 14 days. A case of impaired driving was registered against his driver.

Abhishek Banerjee: In the OTT space, the show is always going to be bigger than the star

Hrithik Roshan being offered Rs 80 crore by an OTT giant: Is the star-obsession culture creeping into web space as well?

Kareena Kapoor confirms Varun Dhawan and Natasha Dalal’s engagement, he says they would have liked a live-in relationship