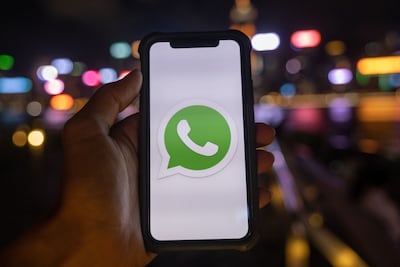 WhatsApp has reportedly begun rolling out a new feature for select Android beta testers that allows them to exchange voice notes as status updates. The feature lets you share voice status updates “with a certain audience configured within your privacy settings,” according to a feature tracker. The new feature is available within the text status section for select users on the beta channel. These voice status updates, like video, photo, and text updates, will also disappear after 24 hours.

According to a report by feature tracker WABetaInfo, select beta testers who have updated to version 2.23.2.8 can now post voice notes as WhatsApp Status updates. The WhatsApp feature and update tracker website notes that the feature is visible within the text status section, and adds that the maximum recording time for a voice status update is 30 seconds. Users can also discard a recording before re-recording and sharing it.

As with other status updates, voice notes are also protected by end-to-end encryption (E2EE). Users can also choose who can see their Status within their privacy settings. Similarly, like video, photo, and text status updates, voice statuses will also disappear after 24 hours. The WABetaInfo report added that the feature is likely to be available to more users in the coming weeks.

WhatsApp is also reportedly working on a feature to better deal with spam messages. The Meta-owned messaging service was found testing a feature that enables users to block people who are not in their contact list, directly from the notification bar. With this feature, users will eventually be able to block unfamiliar and unreliable contacts without having to open the chat.

WhatsApp message notifications currently have two options: reply and mark as read. The upcoming feature will offer users a third option: Block, which will be available only for messages received from unknown senders, according to the feature tracker.