Saturday’s rally is the climax of am “long march” by Mr Khan’s Pakistan Tehreek-e-Insaf (PTI) party to press the government to call a snap election before parliament’s term expires in October next year.

Former Pakistan prime minister Imran Khan will address thousands of supporters Saturday at his first public appearance since being shot earlier this month in an assassination attempt he blamed on his successor.

The shooting was the latest twist in months of political turmoil that began in April when Mr Khan was ousted by a vote of no confidence in parliament.

Saturday’s rally is the climax of a so-called “long march” by Mr Khan’s Pakistan Tehreek-e-Insaf (PTI) party to press the government to call a snap election before parliament’s term expires in October next year.

“My life is in danger, and despite being injured I am going to Rawalpindi for the nation,” PTI quoted Imran Khan as saying in a morning tweet.

“My nation will come to Rawalpindi for me.”

A video was circulating Saturday of aides posing with a now-removed blue cast that Mr Khan wore on his right leg after the shooting.

The rally is in Rawalpindi, a garrison city neighbouring the capital Islamabad and home to the headquarters of the country’s powerful military.

Saghir Ahmed was among thousands arriving in the long build-up to Imran Khan’s speech as a crane lowered bulletproof glass panels around a lectern on a stage draped with banners depicting a clenched fist breaking shackles.

The 32-year-old tailor, who shut his shop to attend, said Pakistan’s dire economic situation — with galloping inflation and a nosediving rupee — has made life “unbearable”.

“We hope Khan will introduce some reforms and the situation will improve,” he told AFP.

Mr Khan attracts cultish devotion from supporters, but on Saturday the 70-year-old will make his speech hundreds of metres (yards) from the bulk of the crowd for security reasons.

In the November 3 assassination attempt, a gunman opened fire from close range as Mr Khan’s open-top container truck made its way through a crowded street.

Authorities have thrown a ring of steel around Islamabad to prevent Mr Khan’s supporters from marching on government buildings, with thousands of security personnel deployed and roads blocked by shipping containers.

Khan-led protests in May spiralled into 24 hours of chaos, with the capital blockaded and running clashes across Pakistan between police and protesters.

Police said any attempt by PTI supporters to enter Islamabad this time would be firmly dealt with.

Interior Minister Rana Sanaullah — who Imran Khan says was involved in the assassination plot — issued a “red alert” Friday warning of security threats to the rally.

“PTI still has the time (to cancel),” he said, listing Pakistan’s Taliban and Al Qaeda among the extremist groups that could harm Khan.

The government says the assassination attempt was the work of a lone wolf now in custody, with police leaking a “confession” video by the junk-shop owner saying he acted because Mr Khan was against Islam.

But Mr Khan, a former international cricket star with a playboy reputation before he married, said he has long warned that the government would blame a religious fanatic for any attempt to kill him.

Saturday’s rally takes place two days after the government named a former spymaster as the next military chief.

General Munir served as chief of the Inter-Services Intelligence agency under Mr Khan, but his stint ended after just eight months following a reported falling out.

Pakistan’s military, the world’s sixth-largest, is hugely influential in the country and has staged at least three coups since independence in 1947, ruling for more than three decades.

Since being ousted, Mr Khan has staged a series of mass rallies across the country, drawing huge crowds.

Saturday’s gathering is expected to be one of the biggest yet. 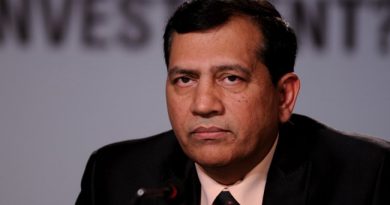 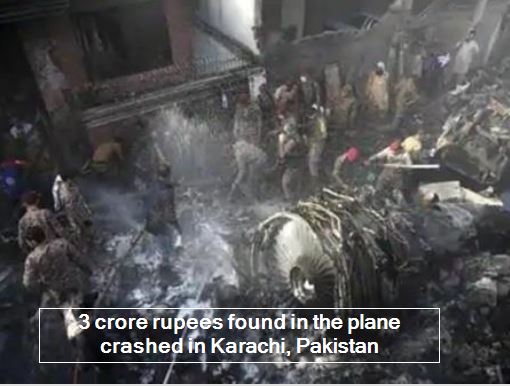 3 crore rupees found in the plane crashed in Karachi, Pakistan 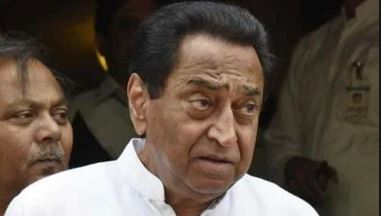 CM Kamal Nath writes letter to the state : May Hanuman ji give dignity, restraint and character to the BJP