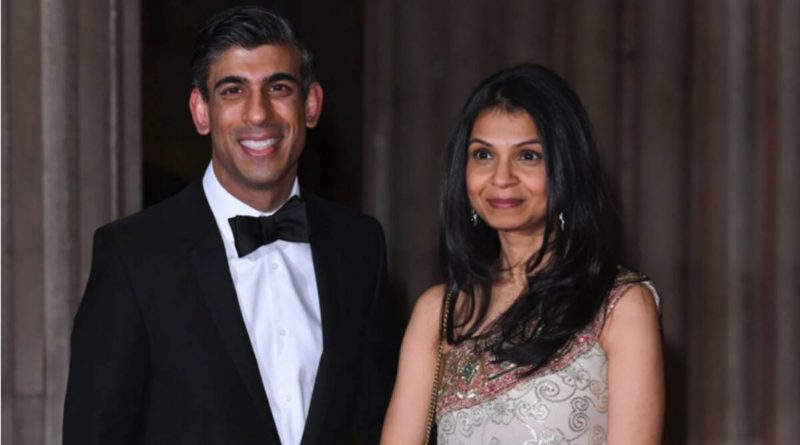 Akshata, daughter of Infosys co-founder Narayana Murthy, is being targeted over her not paying taxes because she has non-domicile tax status.

New Delhi: Chancellor of the Exchequer, Rishi Sunak, the Finance Minister of Britain, has been been badly hit politically by the attack against his wife Akshata Murthy.

Akshata, daughter of Infosys co-founder Narayana Murthy, is being targeted by the Opposition over her not paying taxes because she has non-domicile tax status. She has now told the BBC that she will start paying UK tax on “all worldwide income”.

There is little doubt that Sunak’s wife, Akshata, has done nothing wrong by the laws of Britain – she is entitled not to pay certain UK taxes by UK law. Nevertheless, the Finance Minister’s wife, who earns tens of millions of dollars, yet pays zero taxes on much of it, creates a negative perception. It hit the front pages of the British newspapers.

The UK minister has accused his critics of launching a “smear” campaign against his wife.

Speaking before his wife’s announcement, Sunak told The Sun that “it would not be reasonable or fair to ask her to sever ties with her country because she happens to be married to me”.

“She loves her country. Like I love mine,” he said, adding that “every single penny she earns in the UK she pays UK taxes on”.

In her statement announcing her decision to pay UK taxes on overseas income, Akshata said she did not want her non-domiciled status to be a “distraction” for her husband.

She stressed that she was making the change “because I want to, not because the rules require me to”, adding that the new arrangements will begin “immediately”.

Akshata Murty, 42, owns shares worth almost a billion dollars in Infosys, according to the company’s disclosure to the stock exchange. This makes her richer than Queen Elizabeth II, whose personal wealth is about 350 million pounds ($460 million), according to the 2021 Sunday Times Rich List.

The outcry against Rishi Sunak and Akshata Murty began after the UK government hiked taxes in the middle of a cost-of-living crisis. The Opposition accused Sunak of “breathtaking hypocrisy” and targeted him over his wife’s non-domicile status that shielded her from paying UK taxes on her overseas income.

The couple were also targeted when Infosys did not shut offices in Moscow in the wake of Russia’s invasion of Ukraine, with Akshata being accused of receiving “blood money” in dividends. Subsequently, the tech giant decided to shut its Russia office.

In politics, perception matters – and Sunak’s chances of becoming Prime Minister have taken a big hit – and this is clearly reflected in the British betting market.

But the story isn’t over yet. Watch this space.