On an earlier occasion, she had left an appreciation for Ahan Khan on her social media page

Love is in the air and Bollywood is feeling it today. Actor Ahan Shetty’s girlfriend, Tania Shroff, has flooded the internet with super adorable photos of the two of them. So, what’s the occasion? The actor turns a year older today. Tania chose to share some of their best memories together on social media on his birthday. She started by posting a photo with the caption, “Happy Birthday”, and added a heart emoji to it. Then we see some goofy yet intimate shots of the couple as they beam with joy in candid poses. She shared their photos from a beach vacation and shoot locales too.

Tania ended the series with a photo where she rests her head on Ahan’s shoulders. She adds a lock emoji and tags Ahan on the photo. Take a look at her photo series

Earlier this month, Tania Shroff wrote a beautiful note of appreciation for Ahan Shetty. She posted their photos from Ahan’s film shoot locales. She wrote, “No one will know how much dedication and effort you have put in but I’ve been lucky enough to have a front-row seat.” She added, “You have exceeded all expectations and still remained true to yourself. The passion you put into your work is inspiring but what’s more impressive is the way you continue to support and protect the people you love. I love you till the very end, here to take on every obstacle with you. Never change.” Ahan replied to this heartwarming post with an “I love you” note.

Last year too, Tania Shroff had made a special Instagram post on Ahan Shetty’s birthday. She posted photos from their dates and vacations and wrote, “That ‘grow together’ type love. Happy Birthday.”

Tania Shroff and Ahan Shetty have known each other since their schooldays. Tania is a fashion influencer based out of Mumbai. Ahan Shetty recently made his Bollywood debut with Tadap. It’s a Hindi remake of the Telugu film RX 100.

Sharad Kelkar: I don’t believe in the insider and outsider theory, it doesn’t exist for me

“When people say you have lost weight, I get depressed. I want to be as strong and big as possible,” says Cyrus Broacha 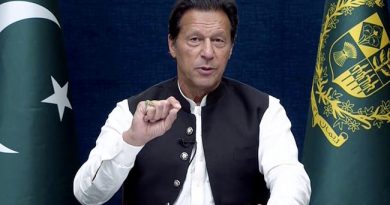 My Life Is In Danger, Says Imran Khan Ahead Of No-Confidence Motion