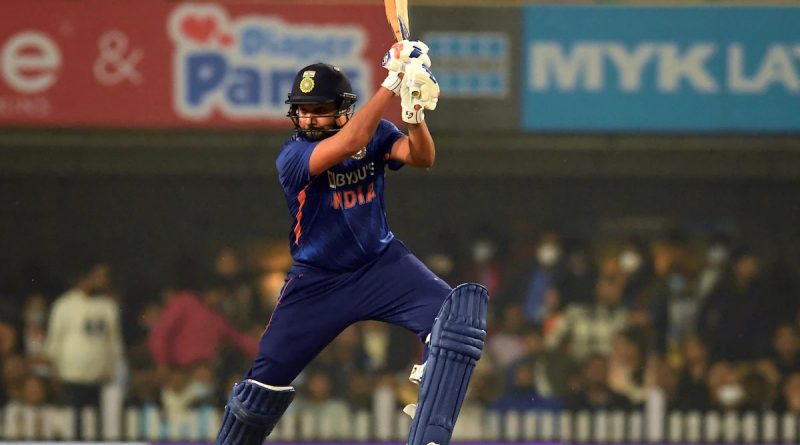 India vs New Zealand 3rd T20I: Rohit Sharma has now become only thesecond batsman to get past the 150 sixes mark in T20Is. West Indies’ Chris Gayle is on the third spot with 124 maximums to his name.

Rohit Sharma won the toss for the third time in a row and elected to bat on a flat deck at the Eden Gardens in Kolkata in the third T20 international against New Zealand, looking to give his team some much needed practice of setting a big target. India has struggled to win matches, when batting first in T20Is and it led to their early exit from the ICC T20 World Cup 2021, after losses to Pakistan and New Zealand in the Super 12 stage. Rohit and opening partner Ishan Kishan gave the hosts a flying start, as they threw caution to the wind and launched a vicious attack on the New Zealand pace attack.

India managed to get 69 runs in the powerplay as Rohit and Kishan hit boundaries at will. While Kishan was unbeaten on 29 off 19 balls after the first six overs, his captain was on 39 off 17 deliveries. Rohit had hit three massive sixes in the powerplay and the last of them took him to the milestone of 150 sixes in T20 internationals.

It came off the bowling of Lockie Ferguson as Rohit pulled a short delivery into the stands through the space between the square led and deep fine leg fielder. New Zealand opener Martin Guptill leads the list with 161 sixes and could add more to his numbers when he comes out to bat later in the evening. Rohit has now become only the second batsman to get past the 150 sixes mark. West Indies’ Chris Gayle is on the third spot with 124 maximums to his name. The next Indian in the list is Virat Kohli, who is quite far off with 91 sixes to his name.

The script changed soon for India as stand-in New Zealand captain Mitchell Santner introduced himself into the attack and picked up the wickets of Ishan Kishan, Suryakumar Yadav and Rishabh Pant in quick succession. 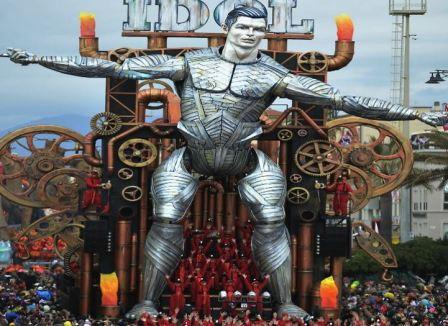 Italy / Made a statue of Cristiano Ronaldo from paper in Carnival, height equal to 4 storey building