Former England cricketer Michael Vaughan says Virat Kohli has ‘fallen a long way short’ as captain in white-ball cricket and, considering that he is such a driven player, he will himself assess his nine-year captaincy stint at Royal Challengers Bangalore as a ‘failure.’ 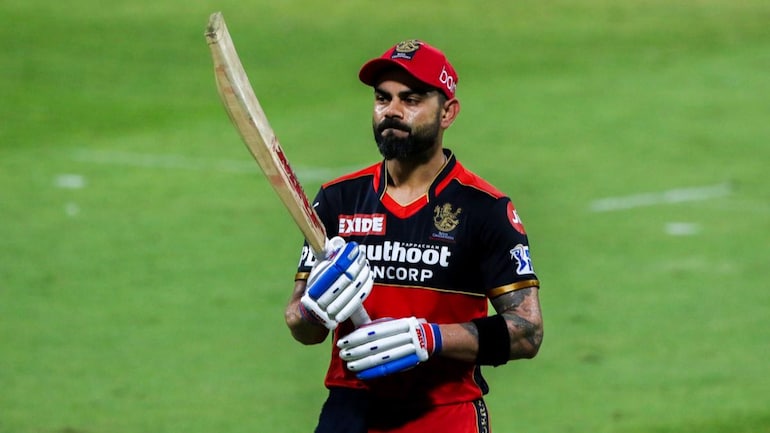 Kohli’s stint as RCB skipper ended with a 4-wicket loss to KKR in Eliminator on Monday (Image Courtesy: PTI)

Virat Kohli’s hopes of winning an Indian Premier League (IPL) title with his longstanding franchise were dashed on Monday as his team Royal Challengers Bangalore (RCB) lost by four wickets against Kolkata Knight Riders (KKR) in the Eliminator.

Former England cricketer Michael Vaughan says Virat Kohli has ‘fallen a long way short’ as captain in white-ball cricket and considering that he is such a driven player, he will himself assess his nine-year captaincy stint at Royal Challengers Bangalore as a ‘failure.’

“You’d have to say and be honest, that in one-day cricket and T20 for the national side and the Royal Challengers Bangalore, he has fallen a long way short,” Vaughan told ‘Cricbuzz’.

“The talent and the squads that he has to work with is right up there with the best. The RCB team has been very top heavy with the batting.

“This year, with the quality of (Glenn) Maxwell and Harshal Patel and Chahal, they had the bowling to match the batting, and yet they have fallen short,” he added.

The 32-year-old had last month announced he would step down as the Indian T20 skipper after the World Cup and two days later he said he would also be quitting the leadership role in RCB after the ongoing season.

“His legacy as captain in IPL cricket would be one that he didn’t win.”

“That’s what it’s about. High-level sport is about getting over the line, winning trophies, particularly when you’re at the standard of what Virat Kohli is at.

“I am certainly not saying that he is, but he will see himself as a failure in the IPL captaincy because he is such a driven player and person since he’s not got that trophy in his hands,” Vaughan added.

Click here for IndiaToday.in’s complete coverage of the coronavirus pandemic. Cricket / Inzamam said – Kohli’s technique is perfect, this is just a bad phase; With this technique, he scored 70 centuries Bryan brothers announce retirement days ahead of US Open 2020