Aretha is a young woman with an incredible voice, an amazing stage presence and a strong desire to be successful.

So, when Aretha finally lands a record deal, she sings what the men in control of her life tell her to sing – and she does it better than most people who came before her have done.

Aretha then embarks on a journey to find her true voice – literally and figuratively. She gets a manager. She gets married. And then she travels to Muscle Shoals, Ala., where she records new tunes with a local group of musicians.

It’s in Muscle Shoals that she finds soul music – and becomes the “Queen of Soul.”

The new biopic movie Respect (PG-13) tells the story of Aretha – that’s Aretha Franklin – beginning with her childhood and continuing up until the early 1970s, as she overcomes trial after trial to become one of the best singers the U.S. has ever produced. (She’s a member of the Rock and Roll Hall of Fame and the Gospel Music Hall of Fame.)

The film stars Jennifer Hudson (Dreamgirls, The Secret Life of Bees) in the lead role and Forest Whitaker (Rogue One, Black Panther) as her father, C.L. Franklin.

Here are four things you should know about Respect:

Aretha Franklin sang a wide range of music – from soul to jazz to gospel – and Respect showcases all three. In the opening scene, a 10-year-old Aretha sings Ella Fitzgerald’s “My Baby Likes To Bebop” in front of a crowd at her father’s home. Her talent is quickly noticed.

The film follows her rise to stardom, from church singer to signing a contract with Columbia Records as a jazz artist. Her record sales, though, were merely average until she signed with Atlantic and traveled in 1967 to Muscle Shoals, Ala., where she found inspiration while recording with a group of local musicians. (“Those boys have soul,” Franklin says in the film.) There, she recorded a series of hits, including “Do Right Woman” and “I Never Loved a Man.”

Soon, she was performing in big arenas and touring Europe.

Franklin’s life story is the centerpiece of the movie, but the music alone makes it worth watching – from her jaw-dropping recording concessions to her sold-out shows. At times, it feels like you’re sitting on the front row – especially during a rendition of her hit “Respect” at Madison Square Garden. (At the screening I attended, the security guard was clapping to the rhythm.)

With a PG-13 rating,Respect isn’t for young children – more on that in a moment – but it nevertheless includes more gospel content than is found in many modern faith-based movies.

In one of the movie’s most inspiring church scenes, Hudson, as Franklin, sings William Cowper’s 1772 hymn, “There Is a Fountain Filled with Blood,” backed up by a harmonizing choir. An ad-libbing Hudson then adds a touch of soul to the tune, leading to Spirit-filled dancing by church members in the aisles. (Her father was the church’s pastor.)

In another moving scene, Franklin records her live gospel album, Amazing Grace, in front of an energetic audience at New Temple Missionary Baptist Church in Los Angeles. Franklin – as the movie recounts – threatened to stop making music if the label didn’t back her on the idea. “This album is not for me or for you or for anybody else,” she tells a label executive. “This album is for God.” (It became her best-selling album of all time.)

The Civil Rights movement of the 1950s and 1960s also is a major thrust of the film – as is Martin Luther King Jr.’s push for non-violence. King, played by Gilbert Glenn Brown, was a friend of C.L. Franklin and appears in the film. “The forces against us are strong,” King tells the congregation in a moving speech, “… Jesus is here with us every single step of the way.”

Franklin’s story is one of persevering over pain and tragedy. Her father – despite his role as a minister – was verbally abusive and manipulative. Her first husband, Ted White, was even more controlling. He also beat her. Few men in her life modeled the unconditional, selfless love she needed.

She lost her mother at age nine, just days before her 10th birthday. She also became pregnant and gave birth to children at the ages of 12 and 14. The father was a friend from school. (In Respect, the relationship between the youngsters is only implied, although we do see a silhouette of a young Franklin carrying a child – a scene that can only be described as shocking.)

At times, Respect can be difficult to watch.

Franklin’s story, though, is a testament to the redemptive and healing power of the gospel. She stayed focused on God despite the pain and hypocrisy that surrounded her.

Facing trials, she ran toward Christ – not away from Him. (Battling alcoholism, she tells someone in the film: “I need the church. I need the Spirit. It has always guided me through, and it will get me through again.)

Hudson this summer said she was inspired by Franklin’s joy in the midst of trials.

“Nothing but God, nothing but faith could bring you through it,” Hudson said.

Franklin sang her music with passion because the words came from the heart. In one of her most famous songs, “Respect,” she really was begging for “a little respect when you come home.” Her 1972 live rendition of “Amazing Grace” lasted a full 10 minutes because, well, she didn’t want to stop.

Respect is receiving plenty of Oscar buzz, as it should. Hudson, who was hand-picked by Franklin for the role, is stellar – essentially a musical doppelganger. Whitaker, as usual, is excellent.

Director Liesl Tommy wisely chose to have the movie begin in the church and end in the church. As Tommy told Crosswalk, the church was “formative in terms of who she was as a person.”

It’s rare for a movie with strong Christian themes to be a strong Oscar contender. Respect is that type of film.

Even so, parents may want to think twice before taking young children. The movie includes coarse language and multiple racial slurs (details below). It includes a handful of scenes of implied sex.  (Although the movie contains no nudity, we see Franklin kiss men and wake up the next morning in the same bed with them. We also hear a few sex jokes.) We see a fight between a white man and a black man, trading racial insults. We also see men slap Franklin.

Respect takes you on an emotional roller coaster. But by the time the credits roll, you’re glad you rode it.

Entertainment rating: 4 out of 5 stars.

Michael Foust has covered the intersection of faith and news for 20 years. His stories have appeared in Baptist Press, Christianity Today, The Christian Post, the Leaf-Chronicle, the Toronto Star and the Knoxville News-Sentinel. What Do We Know about Angels in the Bible? 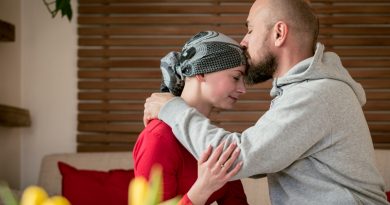 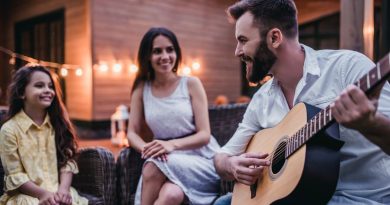 5 Ways to Worship Together as a Family