New Yorkers can officially ditch their masks, Gov Andrew Cuomo announced on Monday, just four days after telling everyone to keep them on despite the CDC’s guidance they were no longer needed

New Yorkers can officially ditch their masks, Gov Andrew Cuomo announced on Monday, just four days after telling everyone to keep them on despite the CDC’s guidance they were no longer needed, adding to the confusion over whether or not Americans still need face coverings.

Starting Wednesday – when businesses can open at 100 percent capacity again in New York City – it is no longer a state law that masks must be worn in public places, meaning it is now down to businesses to enforce them.

Cuomo says he will announce in coming days how businesses will have to check if people are vaccinated.

One likely way is through the Excelsior Pass  – New York’s vaccine passport that people can only download onto their phones once they are fully vaccinated, two weeks after their final dose.

They can also present their physical vaccine cards.

Cuomo was among governors who were hesitant to lift the mandate last week despite the CDC’s advice that fully vaccinated people can resume normal pre-pandemic activities.

There was mass confusion over the announcement.

Cuomo has told businesses they can reopen at 100 percent capacity and that they won’t have to enforce social distancing rules if everyone is fully vaccinated.

If they can’t ensure that everyone is fully vaccinated, businesses need to keep people 6ft apart.

Cuomo says he hopes it’ll force businesses to only allow in people who are vaccinated, and in turn incentivize people to get vaccinated. His mask announcement comes after a confusing weekend of mixed messages from the White House, governors and businesses that have left Americans baffled over what they are and aren’t allowed to do now.

First, President Biden announced with excitement that the CDC had told people they no longer needed masks indoors if they’re fully vaccinated. He was then pictured over the weekend wearing a mask. First Lady Jill Biden, who had jubilantly gone maskless on Thursday, wore one again on Friday. Thirteen states say they are lifting their mask mandates in accordance with the new CDC guidance and 11 states are keeping them. New York’s is lifting on Wednesday Confusion on the streets of Manhattan last week after the CDC said people could go maskless indoors and outdoors if they are fully vaccinated, but Cuomo refused to lift the mask mandate IN THE GREEN: CDC’s updated infographics shows that fully vaccinated Americans can safely do just about anything without wearing a mask

Businesses like Target are taking it into their own hands. They announced on Monday that vaccinated people no longer needed to wear masks inside stores.

How each store is going to check who is and who isn’t fully vaccinated is unclear. It’s not even clear if they will check at all.

It’s unclear if they’ll all drop their mandates now that Cuomo has. New York’s rules have been among the strictest in the country since the start of the pandemic.

Cuomo is also the head of Chairman of the National Governor’s Association. The issue of masks has been a complicated one across America since the pandemic began. There has never been a federal mask mandate.

The only ‘federal’ agency advising on the pandemic is the CDC and it cannot enforce laws or rules, only make recommendations.

It has therefore been down to the states to make their own mask rules, along with all of their lockdown rules.

Many states never bothered to impose mask mandates in the first place, so they didn’t have to lift them last week. It’s unclear now what the remaining states will do. 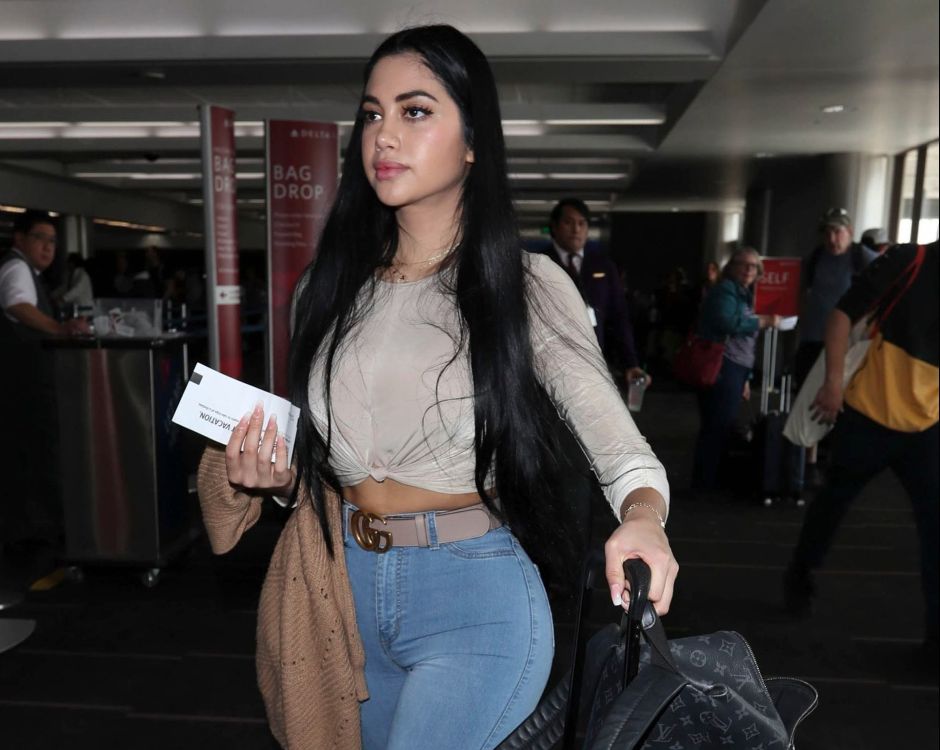 With a tiny gold bikini, Jailyne Ojeda shows off her voluptuous charms | The NY Journal