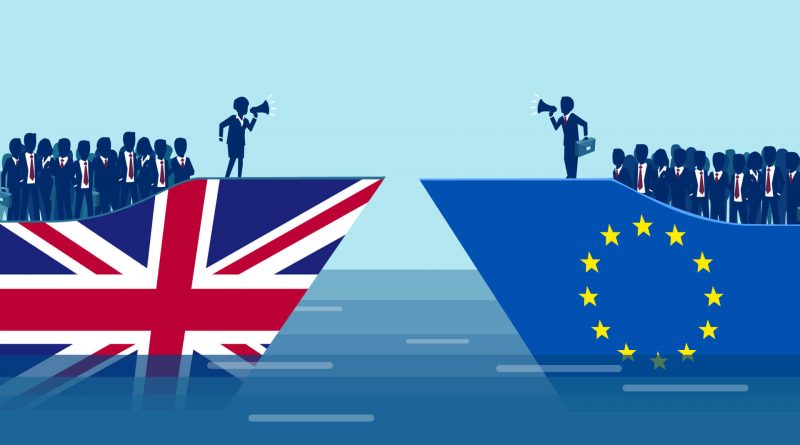 orthern Ireland’s Brexit backlash has arrived. It snuck in through a side door the European Union rashly opened last week when it threatened to trigger the most contentious part of the Brexit deal, article 16 of the Northern Ireland protocol, and has quickly escalated.The EU Commission announced it could invoke the clause to impose controls on exports to Northern Ireland — which unlike mainland Britain, remains part of the Single Market — to prevent vaccines traveling out of Ireland and into Britain via Northern Ireland. Hours later, Brussels backed down from the threat amid furious protestations from UK and Irish.But the damage was done. Brexit’s tightly wound terms, dictating an open border between Northern Ireland and Ireland, and controls on Northern Ireland sea border with mainland GB, began unspooling almost immediately. The province’s top politician, pro-Brexit First Minister Arlene Foster’s retort was predictably icy: “This is an incredibly hostile and aggressive act by the European Union.Rotting fish, lost business and piles of red tape. The reality of Brexit hits BritainFoster’s Democratic Unionist Party, DUP, are pro-British, pro-Brexit, but opposed to the new EU/UK trade deal that demands customs checks on some goods arriving in Northern Ireland from the UK mainland.Within days British Prime Minister Boris Johnson was threatening to scupper those checks, potentially further unraveling the trade deal he so tortuously agreed to less than two months ago, further heightening tensions in Northern Ireland.None of it augers well for the new EU/UK relationship, nor the fragile political stability in Northern Ireland, particularly as the first casualty could be its most precious commodity, enduring peace in Northern Ireland.In the days after European Commission President Ursula von der Leyen’s gross diplomatic faux pas, a crude scare campaign of rough written graffiti daubed Northern Ireland’s walls. The stark warnings threatened port workers, “all border port staff are targets” and “no Irish Sea border,” an apparent rejection of Johnson’s Brexit deal.This was quickly followed by Northern Ireland’s DUP Agriculture Minister, Edwin Poots telling port workers in Belfast and Larne to stay away from work. EU officials who work with them on new post-Brexit checks on live animals and fresh food were also advised to stay home. On Friday, some of them returned to work.While these apparently intimidating threats are not a harbinger of a return to the paramilitaries and the dark days of the 1970s, 80s and 90s sectarian violence known as “The Troubles,” it is a reminder that the emotive forces that underpinned it remain malevolent, and in some cases motivated.Only this past week in Belfast police stopped a gang of almost two dozen masked men, who local media reported were linked to a feud within a pro-UK loyalist paramilitary group.Northern Ireland is still riven by identity politics of pro-British and pro-Irish visions, and these latest developments hint at a perhaps unintended symbiosis of a potential paramilitary threat aligning with politicians’ goals, just as they did, to deadly effect in the past.Pelosi warns ‘no chance’ of US-UK trade deal if Brexit violates international treatyDUP MP Ian Paisley Jr., who follows his father as an outspoken bastion of pro-British sentiment, warned Johnson: “I tell you that the protocol has betrayed us and has made us feel like foreigners in our country.” With characteristic flourish, in the House of Commons, he told Johnson to act: “Tea and sympathy will not cut the mustard.A reality for Paisley and Foster alike is post-Brexit, the DUP’s popularity is fading, according to polls published this week in the province’s flagship newspaper, the Belfast Telegraph. Some supporters heading for harder line fringe Unionist outfits and some for the Province’s political middle ground, the Alliance Party.None of these repercussions seemed relevant last week during the acrimonious dispute over who is more entitled to tens of millions of doses produced by British-Swedish drugmaker AstraZeneca: the UK or the EU.At the time it stunned seasoned EU hands: Finland’s former PM and EU political insider Alexander Stubb called it “nativist and protectionist” an act of “vaccine nationalism.”Most galling for Northern Ireland’s pro-EU politicians, like Belfast South MP Claire Hanna of the moderate pro-Irish SDLP, is that despite some empty food shelves in supermarkets, many felt they’d dodged a Brexit bullet. “We were probably getting to a point where people were getting over the initial shock of Brexit,” Hanna told CNN.But it seems too late now. The cat is out of the bag, and the DUP’s anger, and opportunity to recoup support, is unleashed.Why Britain must look beyond the US for trade dealsDespite von der Leyen’s swift backtracking, Foster’s party is demanding the protocols be scrapped, returning Brexit to the top of the political agenda.Political tensions are escalating: anti-Brexit, hardline pro-Irish nationalists Sinn Fein say the DUP only have themselves to blame.Sinn Fein President Mary Lou McDonald called for “cool heads” telling the BBC that “those who championed Brexit and are crying salty tears now because of the consequences of Brexit needs to accept that those are consequences of their decisions.”It’s a sore point for the DUP. Johnson agreed the Brexit trade deal knowing the East/West border controls — effectively a frontier in the Irish Sea between Britain and Northern Ireland — would anger the party. But he got away with it, in part because his Brexit deal helped him to win a large enough parliamentary majority at Westminster, that the DUP had no more leverage over him. Nigel Farage accuses Piers Morgan of ‘sinking to the gutter’ in row over Trump ‘bleach,’ comment